An outdoor tribute to the find is part of a new building project. 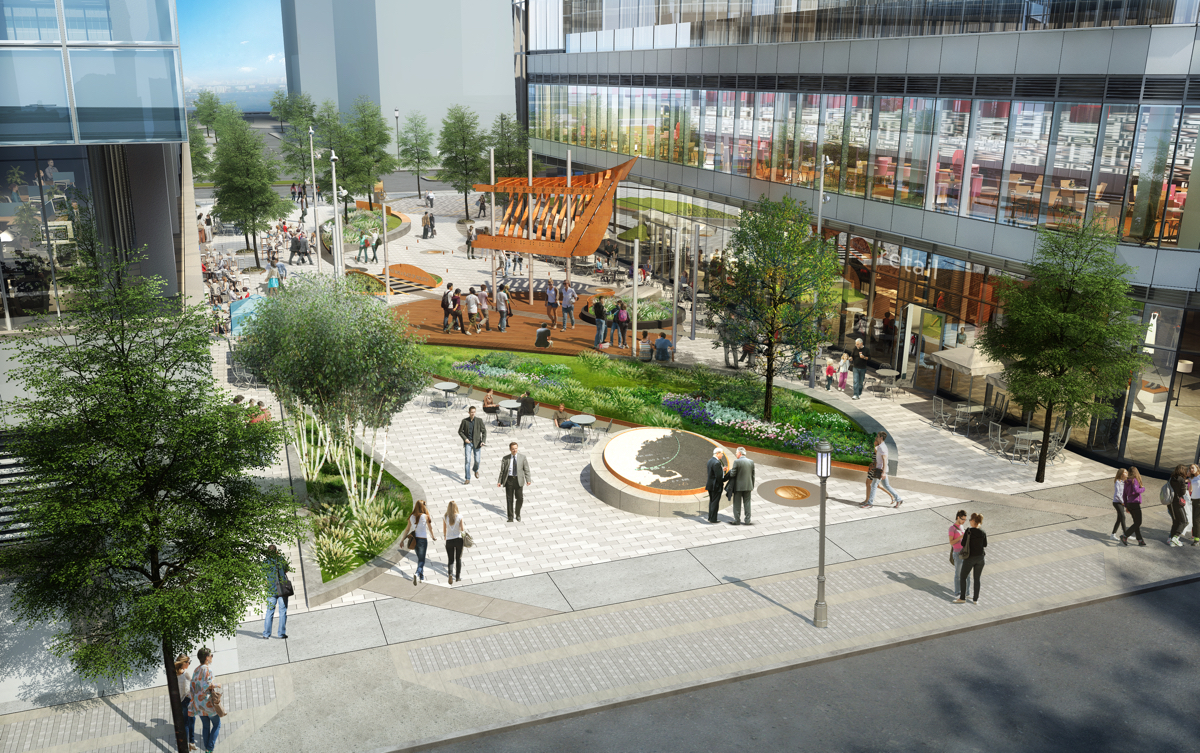 A shipwreck from the 1800s discovered last summer at the site of a new building project in the Seaport was a rare and fascinating find. And now, when the complex that was being built at the time is complete, the ship will live on.

A public promenade between the two office buildings from Skanska USA at 101 and 121 Seaport will feature an outdoor museum on the neighborhood’s history, the developer announced this week, and the shipwreck plays a starring role.

The exhibit will be part of a 70-foot wide space that encompasses 20,000 square feet and will be called Harbor Way, Skanska says. When it’s complete in 2018, the promenade will feature a sculpture serving as a tribute to the ship, along with an open-air exhibit on how the ship was left and buried at the site, what was found within it (including intact barrels that were still full of lime), and details about its final voyage to Boston. Visitors will also be able to take a virtual “augmented reality” tour using a smartphone app.

“The buildings we create should positively impact the community beyond the confines of their own walls,”says Charley Leatherbee, Skanska’s Boston regional manager, in a statement. “Many of Boston’s neighborhoods preserve the city’s past in compelling ways.With Harbor Way, we are introducing the Seaport’s story in a way that marries Boston’s reverence for preserving history with the Innovation District’s spirit.”

After construction crews uncovered the ancient shipwreck in May of 2016, they halted digging at the site and called in Joe Bagley, Boston’s official archaeologist, to conduct an impromptu analysis before it had to be removed. Located a few blocks inland and deep in the dirt, it was a remarkable artifact. Bagley said at the time that he’d never heard of a shipwreck being unearthed in landfill before this case.

“Boston has so many underground secrets and mysteries yet to be discovered,” he says in a statement. “The shipwreck was both a surprise and an eye-opening experience and sheds new light on both the history of Boston’s Seaport, and the historic connections between Boston and the rest of New England.”

The ship was so deteriorated it could not be put back together the way it was found, but Skanska says parts of it will be reclaimed and turned into pieces of furniture by a Charlestown company, then put on display in the building’s common areas and conference rooms. 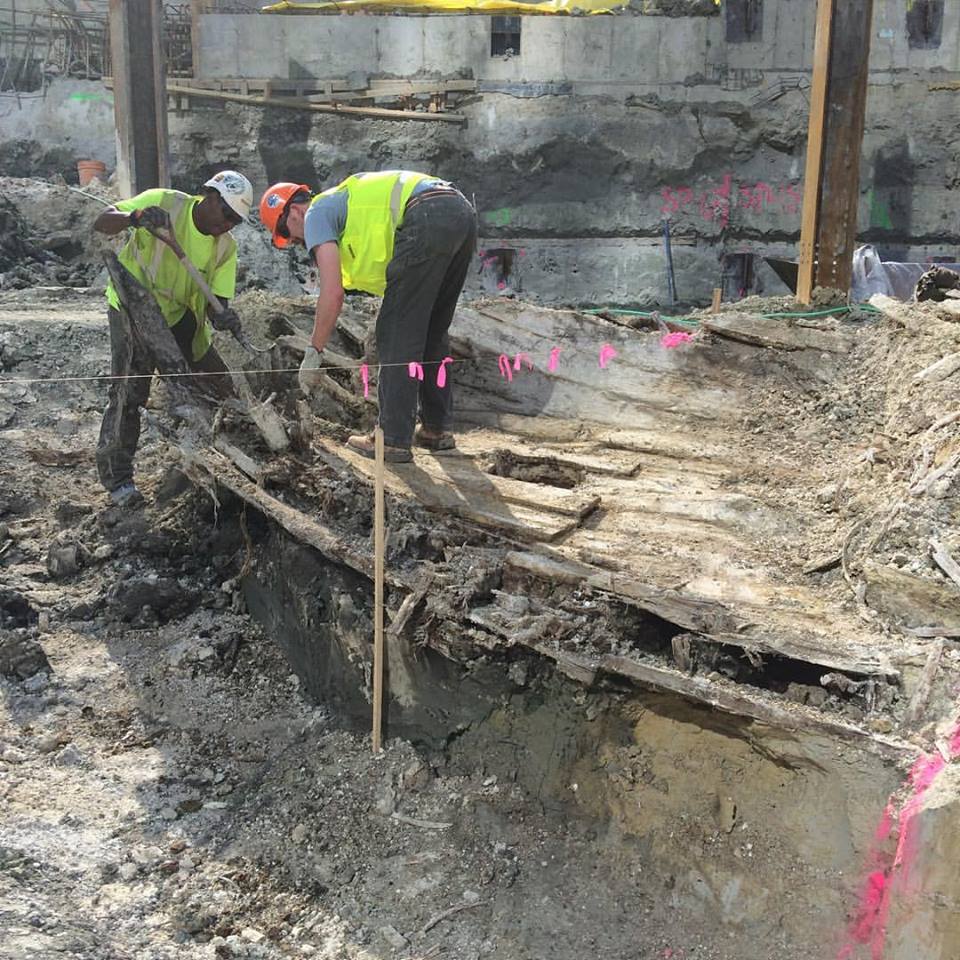 Construction crews in the Seaport were shocked when they uncovered a shipwreck in the dirt. Photo via City Archaeology Lab 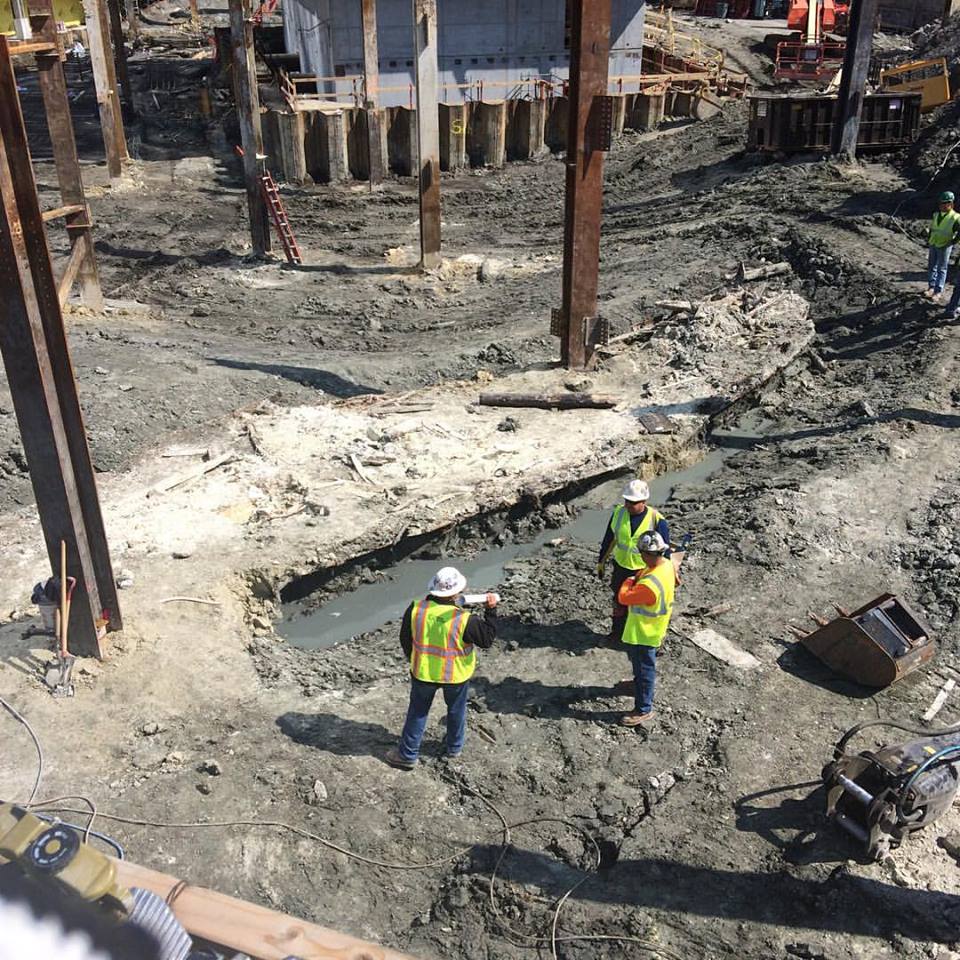