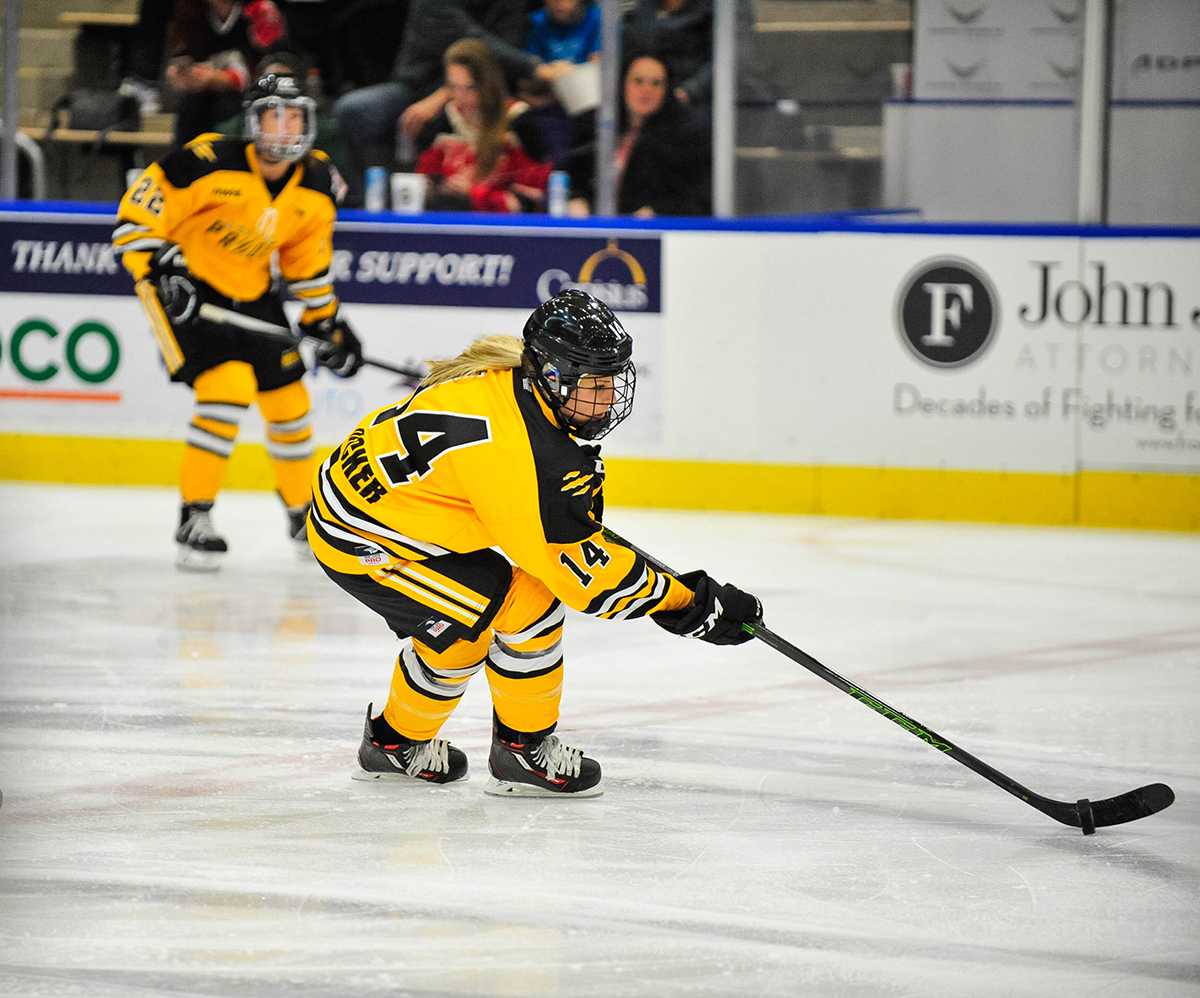 The National Women’s Hockey League has signed a global broadcast deal with Twitter to stream 19 select games on the social media platform throughout the 2017-18 season.

As part of the deal, 16 regular season games, as well as the 2018 All-Star Game and “Summit Series” versus Team Russia, will be broadcast live from the league’s Twitter handle, @NWHL. The terms of the deal were not disclosed, and a schedule of games will be released in September.

“With this partnership, Twitter will expand the NWHL audience and give these professional women’s hockey players the major platform they deserve,” NWHL commissioner Dani Rylan, a Northeastern University alum, said in a release Tuesday. “This is a big and important step forward for our league as we approach our third season. I want to thank Twitter for its dedication to women’s sports.”

The NWHL signed its first broadcast deal with NESN in 2015 to air eight Boston Pride games. The Bruins rightsholder also broadcasted a pair of games between the Pride and the New York Riveters on NESNplus the following year, coinciding with the NWHL’s season-long deal with Cheddar, the live and on-demand video news network based on the floor of the New York Stock Exchange.

The announcement comes after Twitter struck a multiyear broadcast deal with the WNBA in May, airing its first game on the platform the same month. Twitter had a $10 million deal with the NFL to stream 10 Thursday Night Football games last year, before it was replaced by Amazon Prime for the 2017 season. Major League Baseball also began streaming Tuesday night games on Twitter this season.

“We are thrilled to feature more live professional women’s sports on Twitter by collaborating with the NWHL,” Twitter chief operating officer Anthony Noto said in a statement. “Fans around the world will now be able to view live the fast-paced, exciting action on the ice on the same platform where the conversation about hockey is happening.”’

Entering its third year, the NWHL faces an uncertain future. The fledgling, four-team league earned plaudits for becoming the first professional women’s ice hockey league to pay its players, only to cut salaries 38 percent ahead of its sophomore season.