Tito Jackson Is Challenging Marty Walsh to a Debate

"The time has come to have a conversation," Jackson says. 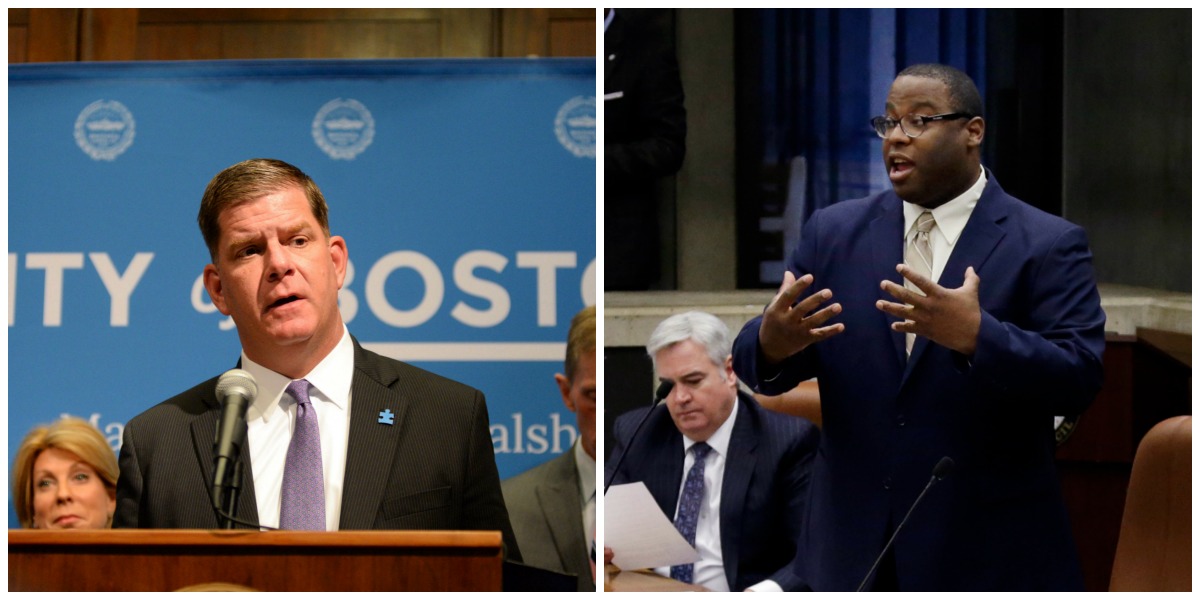 City Councilor Tito Jackson, who is running for mayor against Marty Walsh, is challenging Walsh to a debate.

In an appearance on Herald Radio today, Jackson says “the time has come to have a conversation” with his opponent. He said he was open to debating him on the talk show or in some other venue. “I want to get in the ring,” he says, adding that this is the first time he’s made such a challenge to the mayor directly.

Jackson, who faces all the hurdles of challenging an incumbent in a city that tends to re-elect its mayors, says he wants to challenge Walsh on his administration’s approach to development in the city and funding for schools, among other topics, so voters can hear where both of them stand and decide for themselves.

“This is not a popularity contest,” Jackson says. “It is a contest of the best ideas.”

Walsh’s campaign did not respond directly to Jackson’s challenge, saying in a statement from press secretary Gabrielle Farrell that he is “looking forward to a robust discussion with all mayoral candidates on the ballot.”

Mayor Walsh’s highest priority is always serving the people of Boston, engaging directly with residents in neighborhoods throughout the city every day. He has a strong record of creating good jobs for Bostonians, building affordable housing at a record pace, and increasing investments in our schools— and he’s looking forward to a robust discussion with all mayoral candidates on the ballot.

The mayor told Sue O’Connell on NECN Monday he plans to do three debates before the election. “We’re thinking we’ll do one debate in the primary and that debate will be hopefully all-inclusive of all the candidates,” Walsh said. “Then whoever’s in the final, do two debates—maybe a radio and a TV debate.”