DA: A Man Yelled Anti-Muslim Slurs at a Woman on the Orange Line

Sean Devlin, 34, accused a woman of having a bomb, prosecutors say. 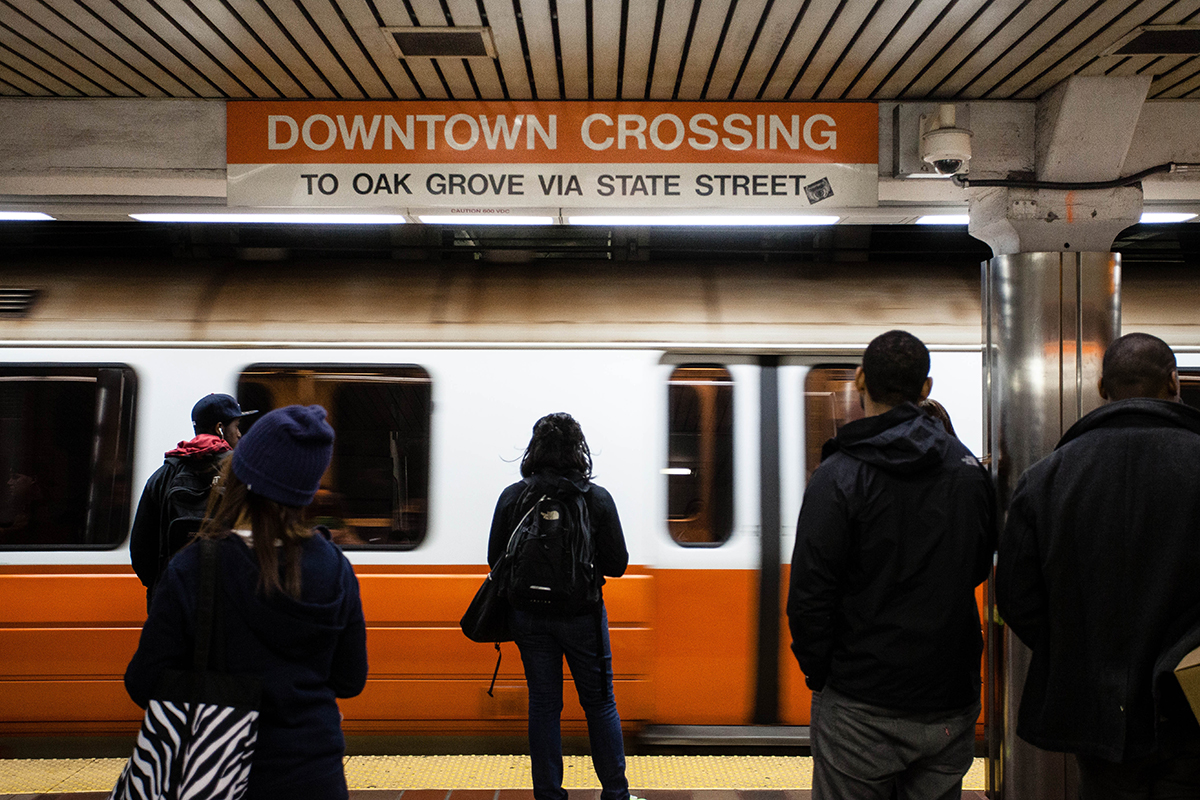 A man who allegedly attacked and yelled anti-Muslim insults at a woman on the MBTA’s Orange Line Monday night is charged with a civil rights violation and offenses that include making a false bomb threat.

Prosecutors say Sean Devlin, 34, of North Reading, shouted racial slurs at a 61-year-old woman in a headscarf and accused her of plotting to “kill us all” with a bomb, according to a release from the Suffolk County District Attorney’s Office. Witnesses told police he also struck the woman with an umbrella. Then, officials say, he smashed one of the train’s windows by punching and kicking it.

Commuters reported the crime, Devlin was arrested, and was arraigned Tuesday in Boston municipal court, where he was ordered held on $10,000 bail. If he is released he will have to stay away from the victim and any MBTA train or bus. He is charged with a civil rights violation, making a false bomb threat, and malicious destruction of property over $250.

“Behavior like this is inexcusable,” District Attorney Dan Conley says in a statement. “I want to commend the MBTA passengers, personnel, and others who reported and responded to it. There’s no place for hate in Boston or Suffolk County.”

Police reportedly found three small bottles of alcohol on Devlin, who lists an address at a substance abuse treatment facility in Boston. The DA says he also had warrants out on misdemeanor charges in Lowell, Somerville, and Woburn district courts. He is due to appear in court again on Monday, July 17.

Civil rights charges are also sought in the case of an attack this weekend on the costume-wearing busker Keytar Bear, who was allegedly assaulted by New Hampshire teenagers who hurled racist insults at him.

Earlier this year, spooked commuters called Transit Police to an Orange Line platform in Medford, for what turned out simply to be two Muslims praying.