The Treadmark building was supposed to welcome its first tenants in mere weeks. 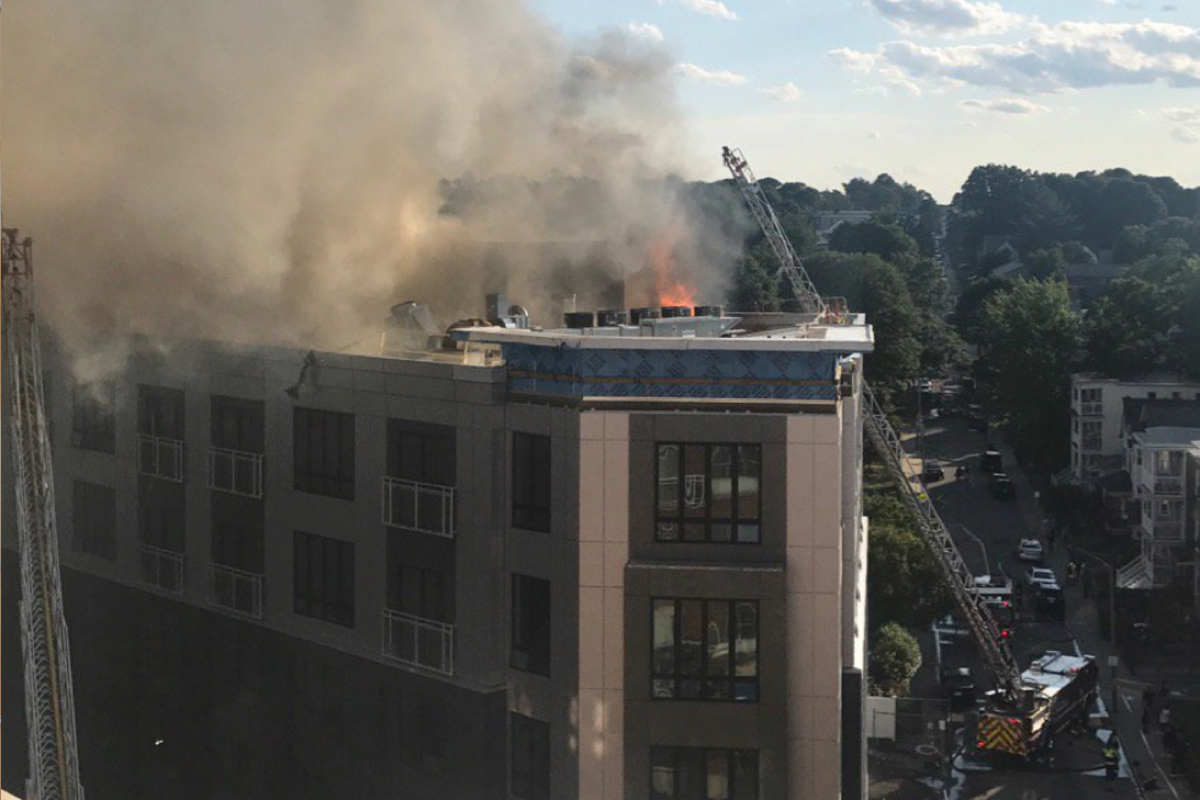 Photo via the Boston Fire Department

Firefighters worked for hours to put out a blaze at the unfinished Treadmark condo complex in Dorchester Wednesday, mere weeks before tenants were supposed to begin moving in.

The building on Dorchester Avenue was still unoccupied, and no one was seriously injured. One person received treatment for smoke inhalation, fire officials say.

It remained unclear Thursday morning what caused the blaze to ignite on its top floor, then spread quickly inside. Officials said they did not believe they would be able to access the building to analyze it until Thursday afternoon.

The building, a mixed-income development near the T, did not fit the mold of the ultra-luxe buildings popping up around the city. The structure was built with $10 million in government funding, and according to the building’s website, 51 rental units were eligible for the Low Income Housing Tax Credit, four were cheap enough to be part of the Inclusionary Development Policy, and 16 of them were affordable to those making 110 percent of median income.

The Globe reports that the building was largely made out of wood as a way to build it more cheaply and sell units at more affordable prices.

Photos taken at the scene show water and fire-suffocating foam cascading down the sides of the building and collecting on the street. Smoke could be seen from miles away.

Speaking at a news conference Thursday morning, Mayor Marty Walsh  said he was “grateful no one got hurt” and thanked crews who “did an incredible job putting this fire out.”

Companies continue using the foam extinguishing agent to seek out voids where fire might be present pic.twitter.com/3W9HvhhKUQ

As the sun comes up over #Dorchester Ave, @BostonFire still hard at work dealing with what’s left after a massive fire yesterday @7News pic.twitter.com/9MGseA5j07