He was suspended without pay for six months, and Commissioner William Evans said the video caused harm to the department's reputation. 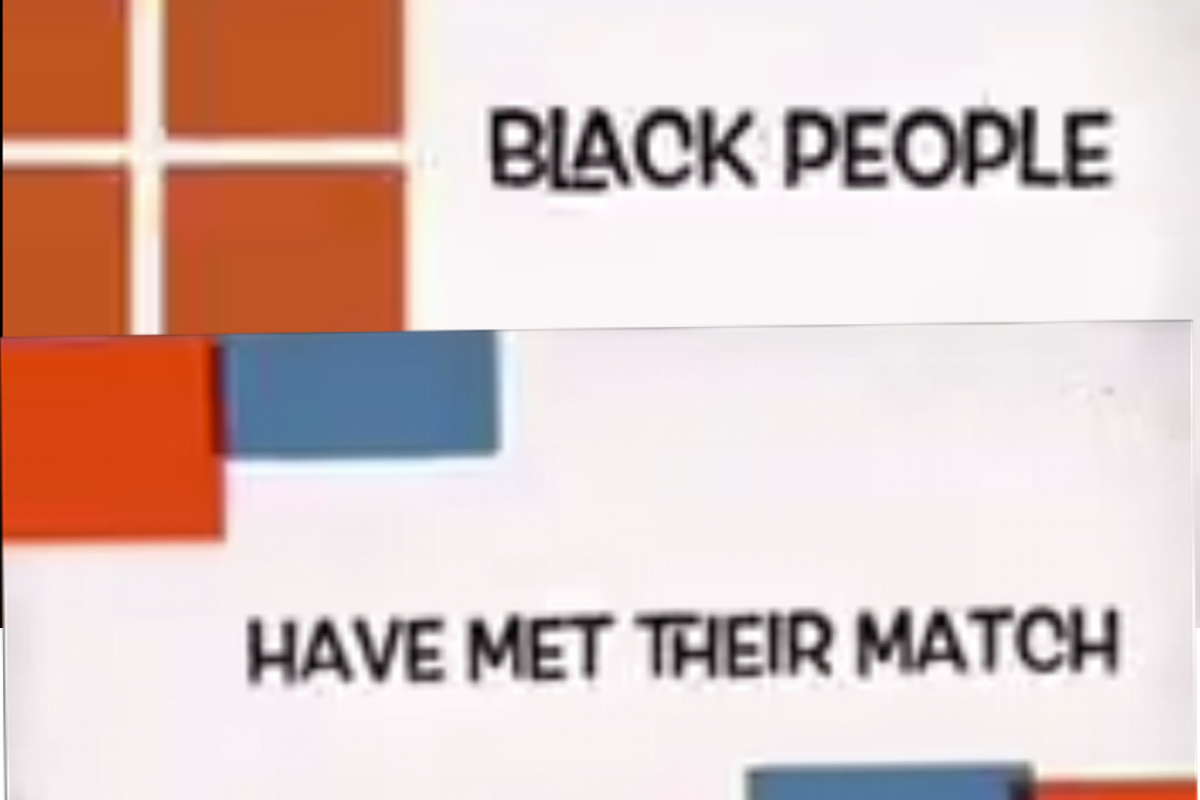 The white Boston Police officer who made a video about a fellow cop that included the line “black people have met their match” wants you to know that he is not racist and that he is ashamed and wants your forgiveness.

A controversy over the minute-long clip led police to suspend officer Joseph DeAngelo, Jr. for six months without pay this week. He will also spend six months on probation when he returns to the force.

All this began when the video appeared on Fox 25 Friday, June 9, drawing widespread condemnation. The video is styled like a trailer for a buddy cop movie and includes a series of photos and videos that include another police officer named Dennis Leahy. It begins with the words “In the fight between good and evil comes an unlikely pair,” paired with images of Leahy and an injured dog. Later, the words “black people have met their match” flash across the screen, along with a photo of a group of black women. Leahy and DeAngelo both work police Boston’s Roxbury neighborhood, the residents of which are largely African-American.

Boston Police Commissioner William Evans said Thursday that DeAngelo’s actions “caused some harm not only to his reputation, but the department’s reputation” and that, “It’s a disservice when some of our officers behave like this.”

DeAngelo has admitted he made the video on his smartphone using an app, and, under Internal Affairs questioning, he said that Leahy did not have any knowledge of it, and that the reference to “black people” was not intended to be malicious. He also said the reference to “good and evil” was also not in reference to the community he and Leahy police, but was rather a boilerplate phrase one might see in a trailer for a movie. The image of the pet, he said, was a reference to Leahy once injuring a dog by accident with his car.

DeAngelo has apologized for its content and, in an open letter, said he wants to assure Roxbury residents and others who have condemned the video that he has “always sought to treat people of all races and religions professionally and respectfully.” He also wrote in the letter that he regrets “the embarrassment this has caused for the Police Department and regret that my actions may very well make our jobs as police officers more difficult,” adding, “We all make mistakes in life, and some are bigger than others. I made a big one and ask for your forgiveness.”

Among those calling for forgiveness is Darnell Williams, president of the Urban League of Eastern Massachusetts.

“It’s very clear and evident he made a mistake,” Williams tells the Globe. “We should find the capacity to forgive people when they make a mistake.”