A Stolen New Hampshire Boat Somehow Crashed Into a House

It was a full 75 feet offshore. 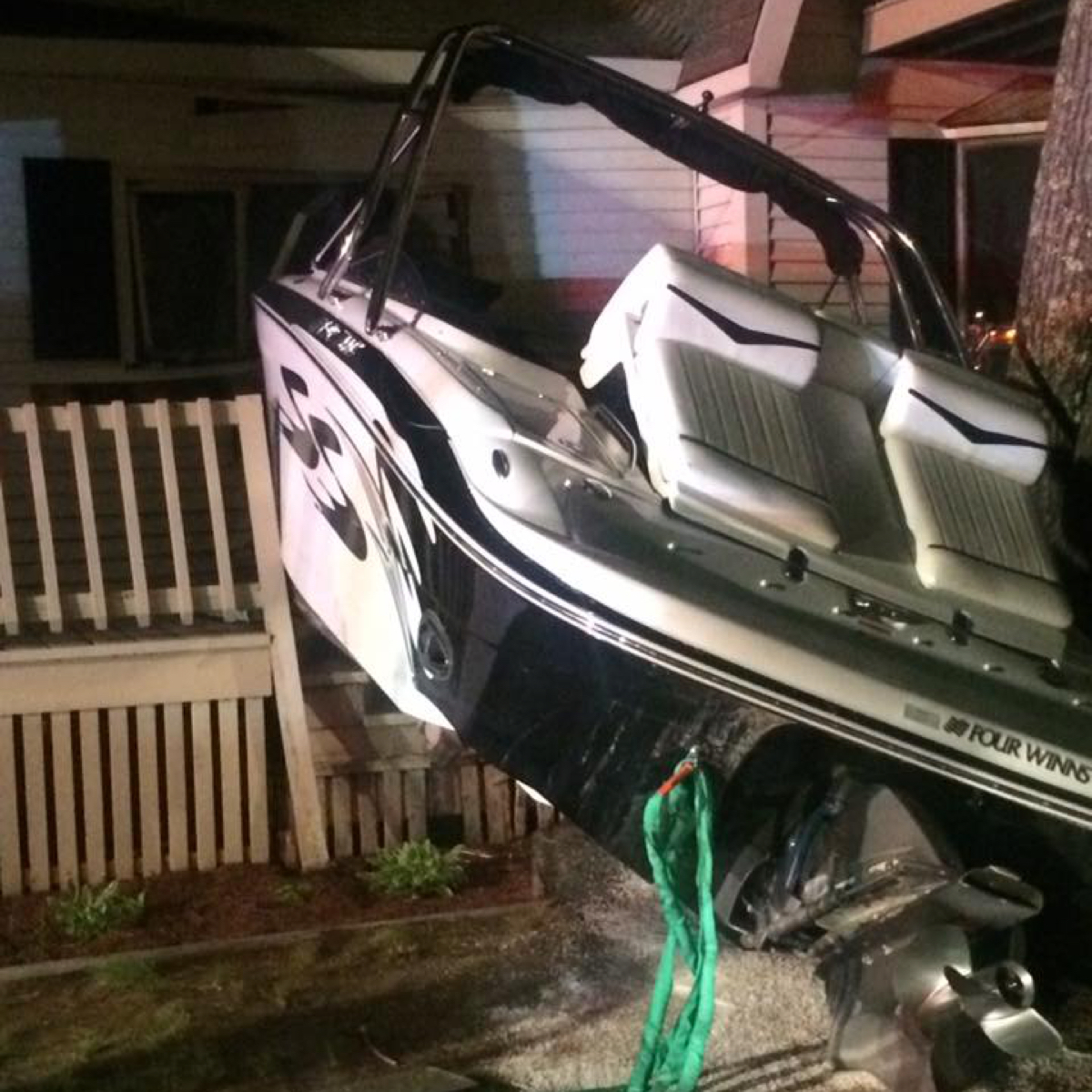 Mysteries abound in the case of a stolen New Hampshire boat that somehow smashed into a house 75 feet offshore from Ossipee Lake last night.

First of all, it’s not clear who was piloting the boat, a 22-foot-long speedboat made by the company Four Winns. Whoever the culprit is in this case fled at some point either before or after the boat slammed nose-first into a home just after midnight, busting up a porch and, according to the Manchester Union Leader, “partially” entering the house. The boat was reportedly still running when police arrived.

The bigger, more puzzling question, though, is how the thing made the transition from water to house in the first place. According to New Hampshire State Police, it had to cross both a beach and a road to get to its destination.

Photos from the scene show a long, hull-shaped divot in the sand leading from the lake to the lakeside property.

Boat stolen from Bluffs Beach crashes into a house on Ossipee Lake. No one in the home was injured. The operator was not found. pic.twitter.com/uuTuITorWI

This boat must have been humming.

No one was injured, police say. The house was empty at the time, and an exhaustive search of the surf for any other possibly injured people did not turn up anyone.

A company called Hurteau Towing and Recovery was called to the scene to de-boat the house. “A little late night rotator work,” the company wrote in a Facebook post, adding, “boat in a house.”