Boston’s Holocaust Memorial Has Been Rededicated

After an act of vandalism, Boston renews a pledge to never forget. 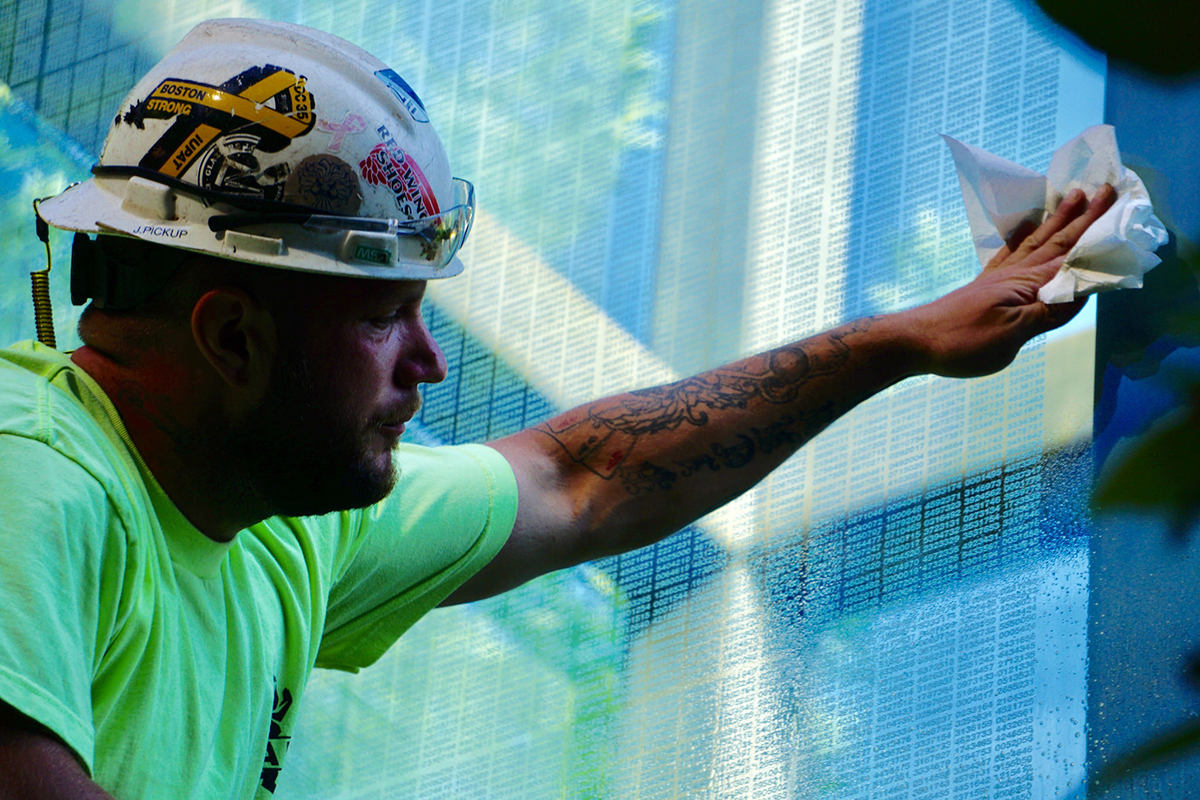 Two weeks after it was vandalized when a man heaved a rock through one of its glass panes, the New England Holocaust Memorial was rededicated in an emotional ceremony on Tuesday.

“This memorial means a lot to all of us. It stands as a symbol of everything we want to be as a city,” Boston Mayor Marty Walsh said in a speech before the unveiling of the freshly installed plate, which is inscribed with the numbers given victims of the Nazis in concentration camps. “We will never forget the legacy and the lives of the victims on these glass walls. As a city, as a country, we promise to ensure it never happens again. It’s our duty as a city to spread that message.” 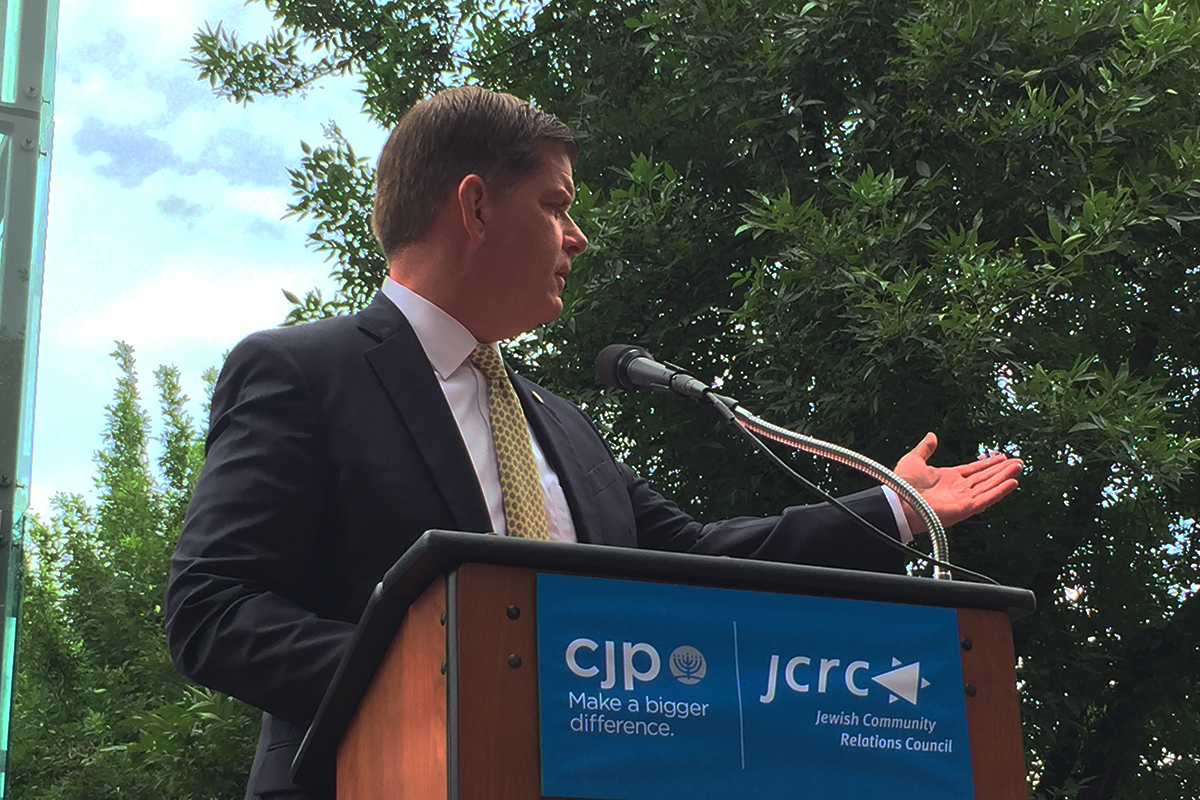 Authorities say 21-year-old James Isaac of Roxbury smashed one of the memorial’s glass panels with a rock. He was arrested and pleaded not guilty to vandalism charges. His lawyer has said he suffers from mental illness.

Attendees at the ceremony included survivors of the Holocaust, among them Steve Ross, who founded the memorial, and Izzy Arbeiter, who says the number given to him at Auschwitz was one of the ones printed on the damaged, and now replaced, plate of glass. Arbeiter retold one of his most intense experiences during the Holocaust: the moment he parted forever with his parents, who were killed, in order to survive. 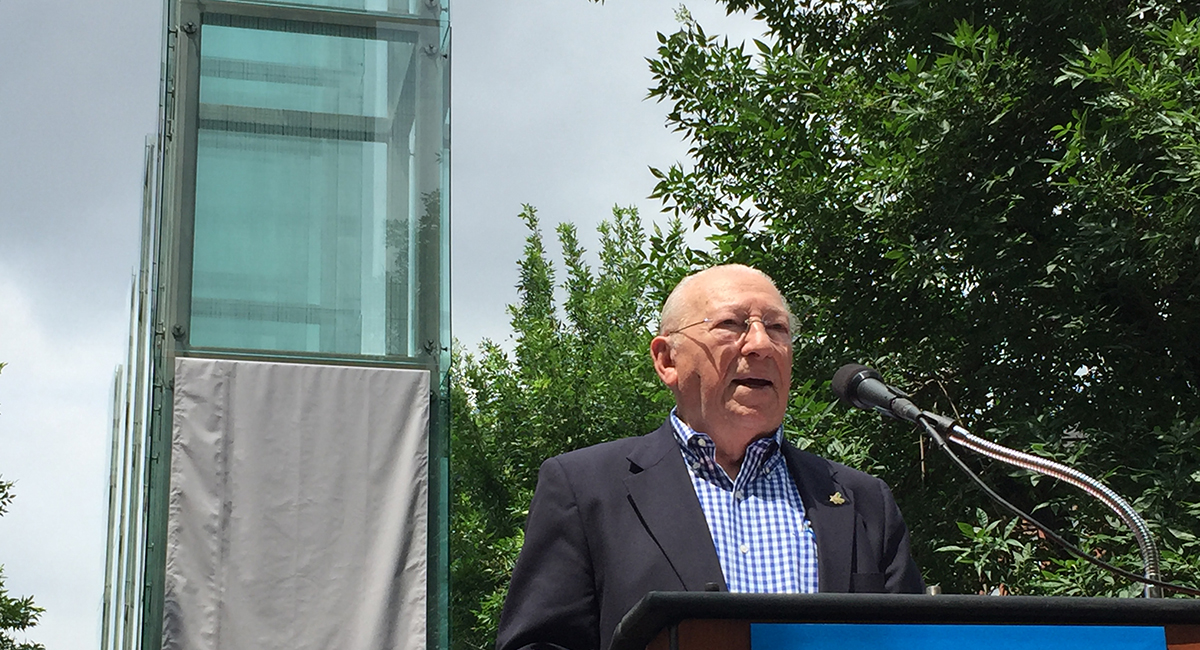 This was the second gathering of officials and Jewish community leaders after the incident in the early hours of June 28, when it was announced that there were spare glass panels in storage. A replacement panel had not been needed in the more than 20 years since the memorial’s founding in 1995.

Gov. Charlie Baker was also on hand to say a few words. “It’s very important to remember what this memorial stands for, who it represents and the horrific events that it speaks to—events we should always remember and never forget,” he said, adding that the renewed attention on the monument offered a chance to reflect on it. “I think there is a whole generation of young Bostonians who don’t know how the memorial ended up here, how this sacred ground got here.”

At the conclusion of the ceremony, the mayor, governor, and survivors pulled the curtain’s cords and unveiled the mended memorial.

The Holocaust Memorial in Boston is rededicated during an emotional ceremony. Damage repaired. #wbz pic.twitter.com/Yu3bSefdqq