Greater Boston Was Pretty Much Underwater Last Night After the Flooding

A downpour closed roads, flowed into T stops, and made for some perfect street-surfing conditions. 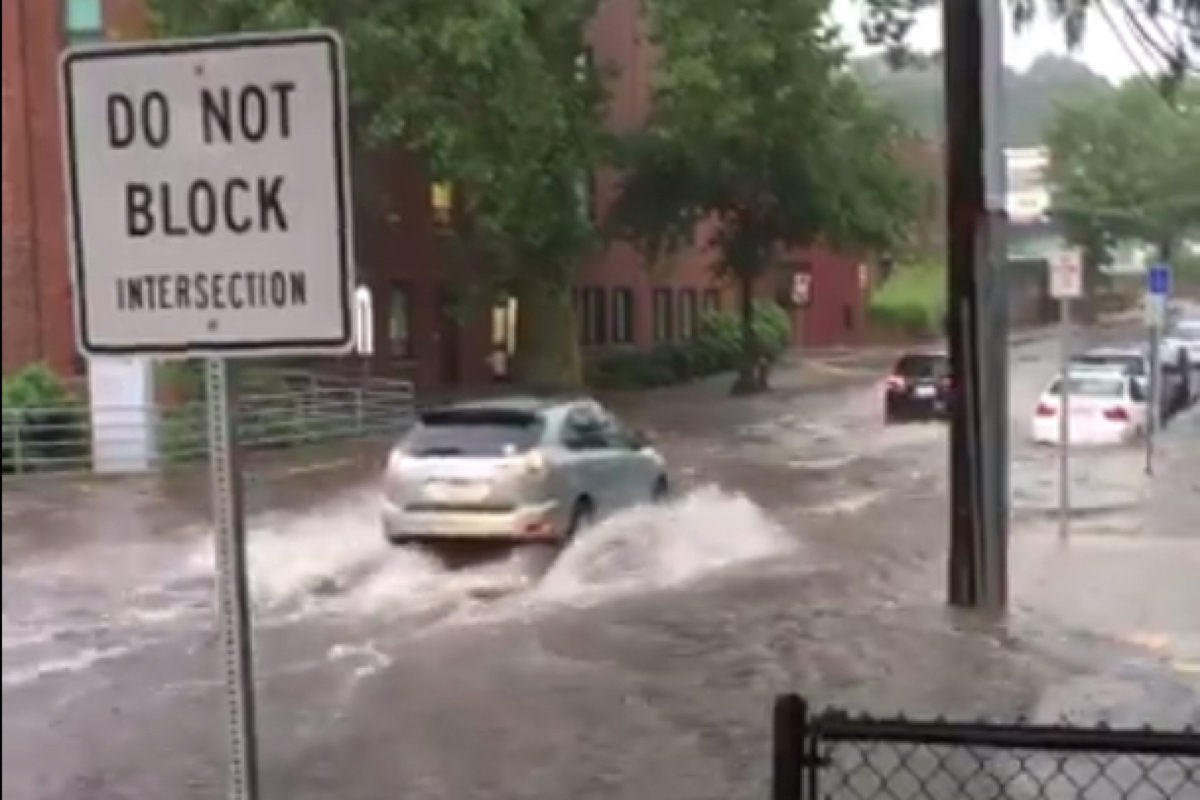 The rain came quickly and with a vengeance last night to Greater Boston, causing flooding around the region on streets, inside MBTA stations, ruining cars, and providing some water park-like conditions for the adventurous in Somerville.

Videos show just how badly the flooding hit Arlington, where water gushed down a main street, pooled in parking lots, drowned cars and poured onto a highway. One woman, according to CBS, had to be rescued by first-responders from a car that was filling up with water.

Next at 11 @cbsboston an #Arlington woman was rescued from her submerged car on Dudley Street #WBZ pic.twitter.com/GZ3EiVqvUl

Video footage taken by an #ArlingtonMA resident during tonight's flash flooding. Always remember to use extreme caution in these situations. pic.twitter.com/rSA3Mq3krL

Several people who live in this area of #Arlington also had their cars stuck in flooded out roadways @cbsboston #WBZ pic.twitter.com/fGMsrb2L20

Extreme flash flooding was also reported in Waltham. A cluster of submerged cars could be seen near a liquor store. “My street is a lake,” one Twitter user wrote.

My street is a lake. #waltham pic.twitter.com/hpFa1dUwWz

Check out this flash #flooding just outside of Boston, MA in Littleton. I'm here for the week with @Erica_Collura for a workshop. pic.twitter.com/Nv0NnjNIUa

Water also cascaded into the Harvard MBTA stop, apparently forcing some commuters to slosh through puddles in bare feet.

@MBTA at its best again today! 10 min of rain and the Harvard square station gets flooded #Boston pic.twitter.com/eHsZtxcTgl

At least some people had some fun with the situation. In Somerville, people went body-surfing and tubing in the deluge.

Instead of staying inside during the storm, these guys in Somerville decided to practice their surfing skills! #7news pic.twitter.com/rRRlagoOUk

The neighbors got their floaties out and are tubing down our flooded street in Somerville. @universalhub pic.twitter.com/feYzHVRZVO