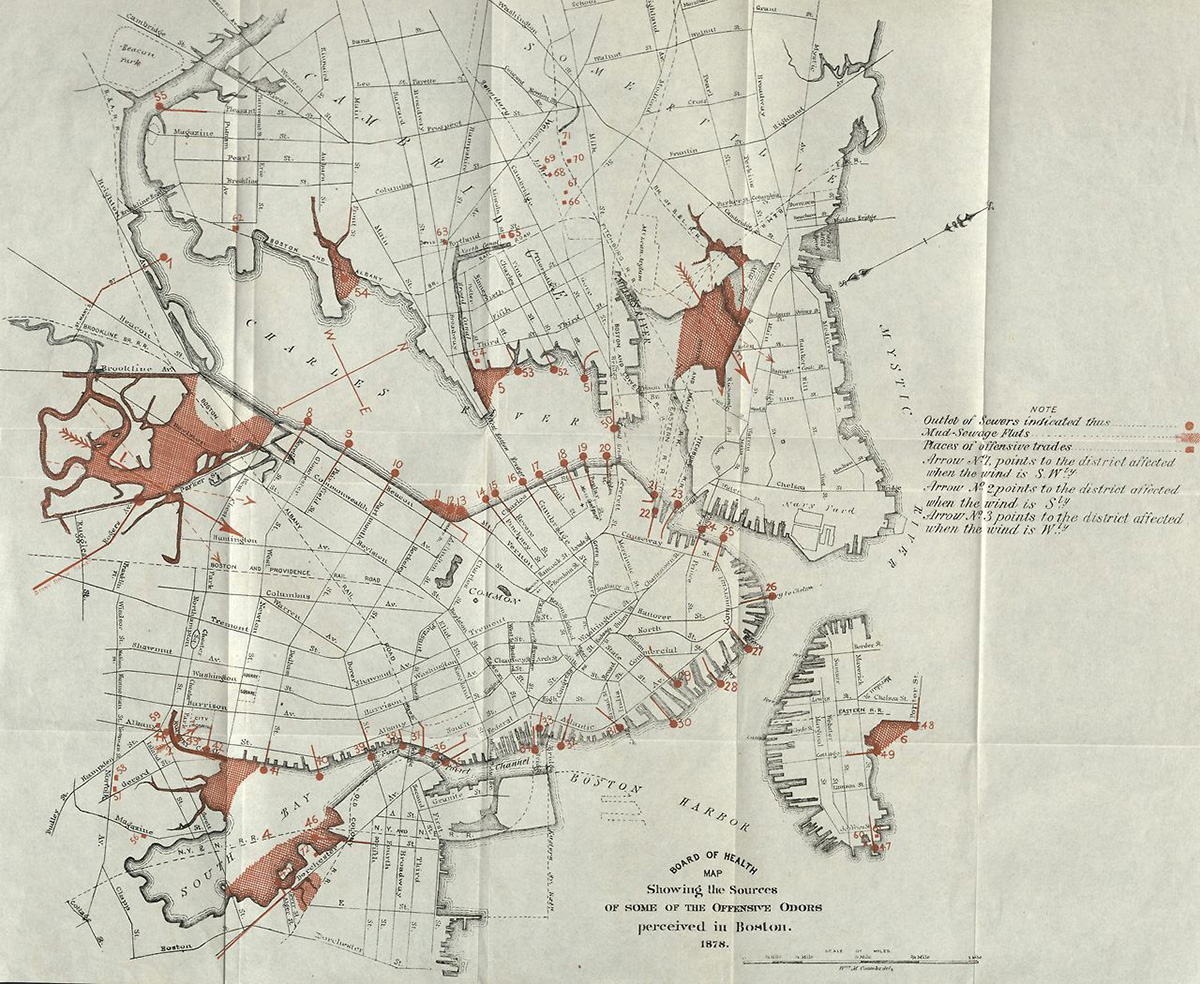 Ever catch a whiff of a terrible stench and think “I should put this on a map”? Apparently, the good people at the Boston Board of Health have.

In 1878, they decided to map all of the smelliest places in Boston. Titled “Showing the Sources of Some of the Offensive Odors Perceived in Boston,” the black-and-white illustration features red shading to indicate an area’s smelliness factor.

According to the City of Boston Archives, the biggest culprits were sewer outlets and “offensive trades.” Mud sewage flats also proved to be a problem in places like Dorchester’s South Bay and in Charlestown. The map features arrows, too, to indicate bad smells that changed depending on wind direction.

The 1878 map looks a bit different from a current map of Boston. For one, some of the landfills that make up the streets we walk on today didn’t exist yet. Secondly, the highlighted stinky sewer outlets no longer offend people along the waterfront, since the city doesn’t pump sewage into the river and harbor anymore (or into mud sewage flats, for that matter).

While present-day Boston has the luxury of a modern sewage system—and significantly less horse droppings in the street—we’d still argue some parts of the city emit more funky smells than others. What’s the stinkiest place in Boston in your opinion? Let us know in the comments below.