Bill Belichick Has a Bad Shirt

HIs "life is great" shirt is a problem. 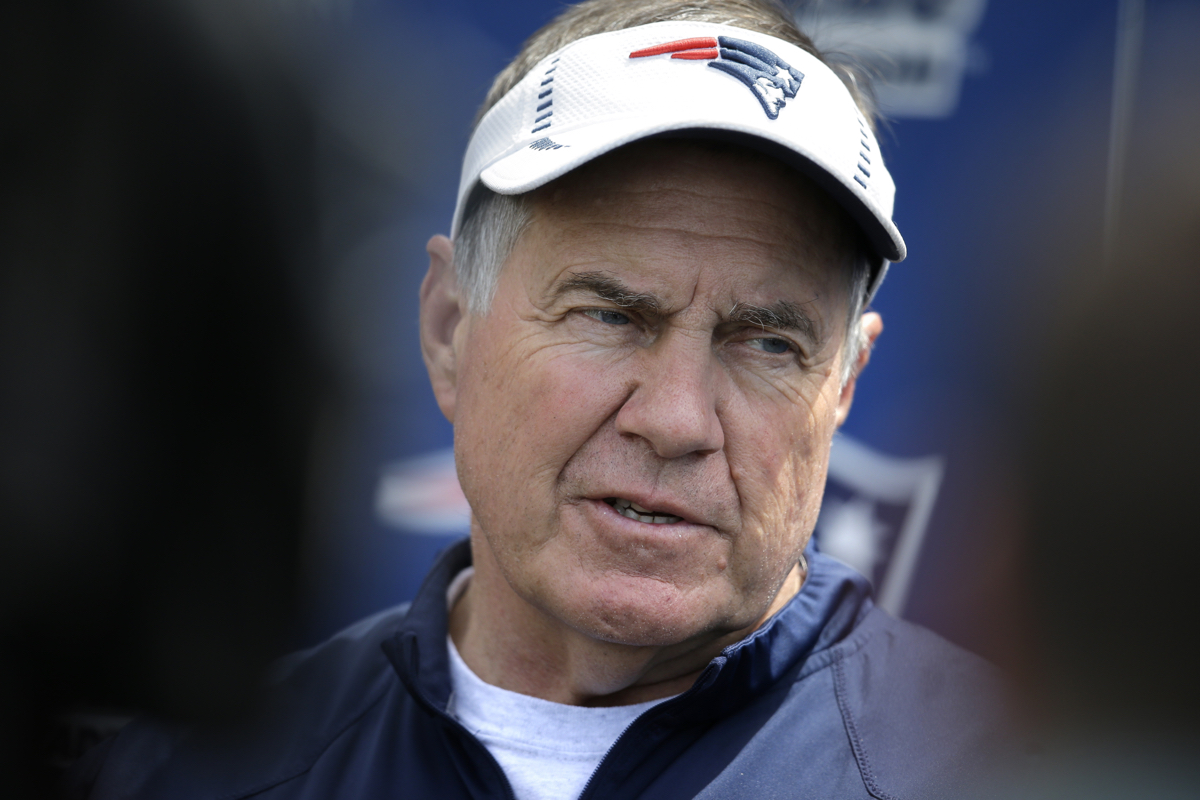 Here’s what’s on the shirt: a bearded man wearing a turban and sandals holding an assault rifle is being attacked by a dog, and another man in uniform, also holding a rifle, is standing nearby with a huge grin on his face. “Life is great,” it says, a play on shirts made by the Boston-based company Life is Good, and with that same happy-go-lucky-dad vibe that brand projects. The man in the turban has X’s over his eyes, as if he’s dead.

There’s been a lot of talk about the dead turban guy shirt ever since it emerged in a photo online and Barstool Sports tweeted it to its enormous audience. The photo was apparently first shared on Twitter by a woman named Kathryn Mastromarino. In the original, Belichick is posing with a young girl. Mastromarino tells the Herald that she ran into the Patriots coach in Nantucket. “Life is good for Bill Belichick,” she wrote in a tweet from an account that has since been made private, “& he’s for the kids…”

It turns out the shirt can be bought on a site for police and military dog supplies called Trident K9, which is run by former Navy SEAL Jim Amann who worked with a military dog in Iraq and Afghanistan.

Here it is up close, in black:

Let’s just get right to the point here. The shirt is no good.

According to a description on the website, the turban-wearing man is supposed to be Osama bin Laden (there’s also a similar shirt on the site where the guy getting bit is a robber). “If you are a military K-9 handler, then life is great! Celebrate the end of Osama Bin Laden with this T-shirt,” the description says. Except without that explanation it’s not exactly clear who the guy in the turban is, as lots of people who aren’t Osama bin Laden wear turbans. It’s just a Middle Eastern-looking guy getting chomped by a dog.

Herald columnist Tom Shattuck believes, incorrectly, that wearing the shirt shows Belichick is “a true patriot.” As did a bunch of the usual suspects on Twitter. But it’s 100 percent possible to be pleased that Osama bin Laden was killed in 2011, to support the hard-working pups of law enforcement, and the military, and at the same time to agree that the dumb shirt Bill Belichick is wearing out on the town is bad.