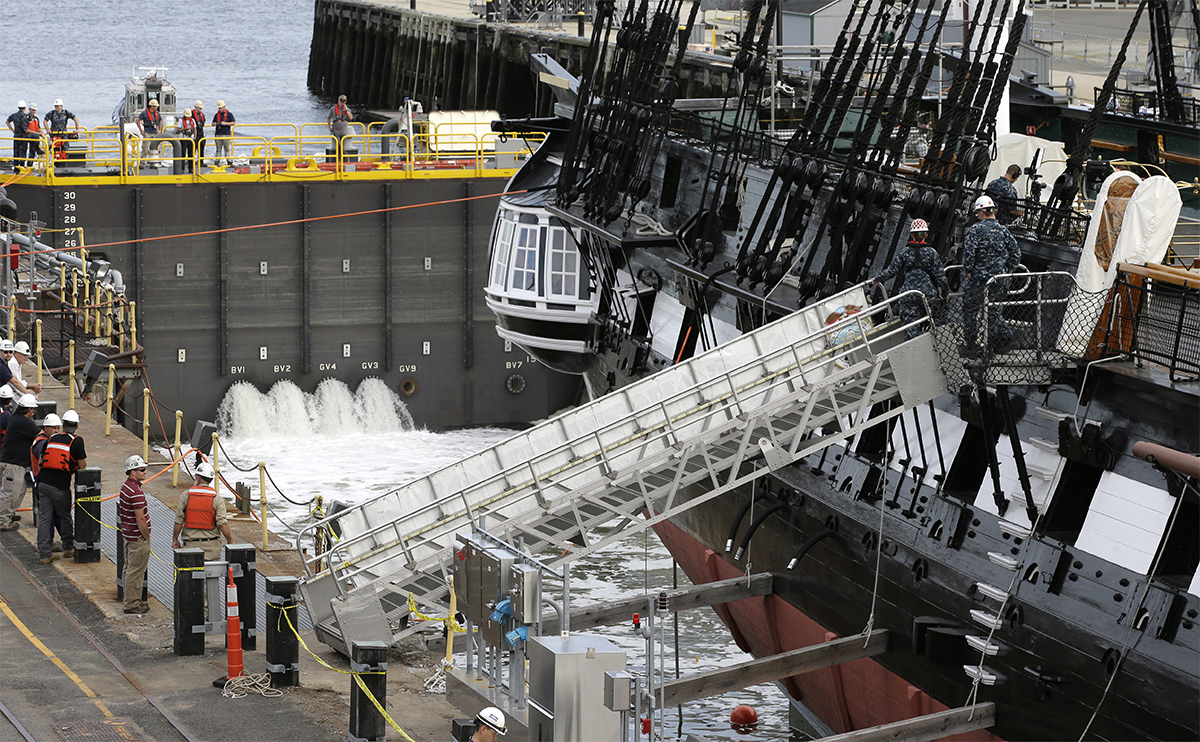 After docking in the Charlestown Navy Yard for two years, the oldest commissioned warship in the world returned to the harbor late last night.

The USS Constitution spent the last 26 months in dry dock undergoing repairs and maintenance, and the Boston Globe reported that a crowd of about 300 stayed up to 11:30 p.m. to see it leave the docks and float again. The event was part of a day-long extravanza that included scavenger hunts, a sea chantey sing along, and behind-the-scenes looks at the restoration process from the last few years. In the evening, the crowd gathered to watch the gradually rising waters lift up the warship and bring it back to the harbor.

It took a whole lot of copper, but the USS Constitution — ‘Old Ironsides’ — is afloat again. https://t.co/QI8uGXqpM9 pic.twitter.com/PujWC1WmYM

“Old Ironsides” needed extensive work to replace its copper sheeting, the exterior wooden planks, and its 42 gun carriers on board. Though the outside work is finished and it’s afloat again, the interior will remain closed to the public for further restoration to its rig and guns. The Globe said the original estimated cost for the restoration was $15 million, but in the end repairs came in under budget and cost $12 million.

The 200 year history of the USS Constitution began with its launch in October 1797. The ship saw action in the War of 1812, where it supposedly earned its name “Old Ironsides” after 18-pound cannonballs bounced off the dense hard wood sides. After the war, the USS Constitution traveled from the States to Europe, the Caribbean, and Africa, defending sea lanes and making frequent repair stops in Boston. Finally, “Old Ironsides” settled in our harbor in 1954. Today the ship and the USS Constitution Museum educate visitors about the ship, sailing, and U.S. naval history.