A Huge Fire Ripped Through a New Waltham Apartment Complex

No one had moved into the building yet, but two firefighters were injured battling the eight-alarm blaze. 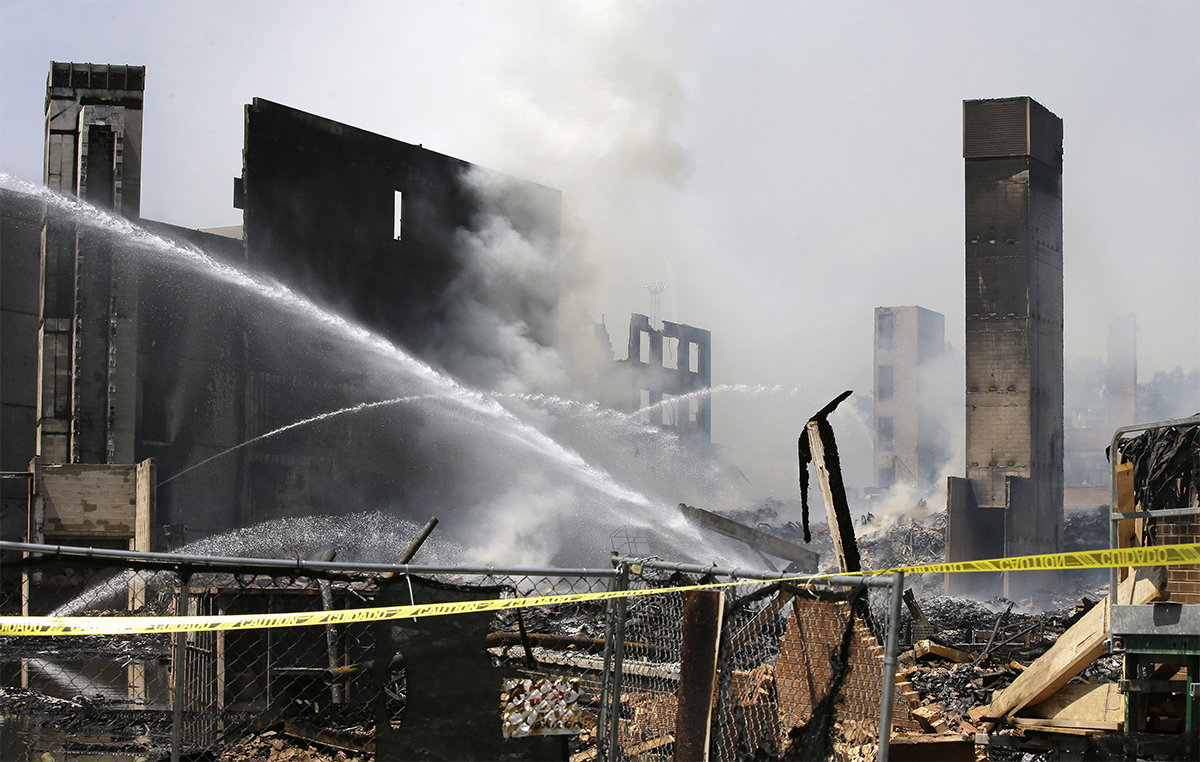 A huge fire tore through a still-under-construction luxury apartment building in Waltham on Saturday. Two firemen received minor injuries battling the eight-alarm blaze, but no residents had moved in yet. The fire proved strong enough to cause the collapse of five buildings in the complex, as well as the destruction of an auto shop nearby and 30 cars within it. Residents in neighboring buildings were evacuated as a precaution, but have since returned home.

According to the Boston Globe, this and another recent blaze in Dorchester might have similar reasons for the seriousness of the fires: They were built with wood frames, which the Globe called “a practice that is increasingly used to save on costs despite growing concerns nationally about fires breaking out during construction of such complexes.” The buildings are theoretically as safe as any other type of construction once they’re completed, with sprinkler systems and other fire prevention measures operational, but up to that point, fires can spread more quickly.

Saturday’s blaze began at 4 a.m., and firefighters from a dozen other towns came to assist. They’ll continue to monitor the site for several days in case any of the debris reignites. The complex had nearly 300 units and was scheduled to be completed in 2018. A cause of the fire has not yet been determined.

Waltham Fire Chief says water a major challenge with this fire, water pressure was low and even had to take water from the Charles. pic.twitter.com/RNHaMsw03i

PHOTO: Part of a building collapses at the 8th Alarm fire in #Waltham pic.twitter.com/EAG6YNX2PA