Susan Collins Said Some Savage Things on a Hot Mic

The Maine Senator told Sen. Jack Reed that Rep. Blake Farenthold is "so unattractive" and mocked his duck pajamas. 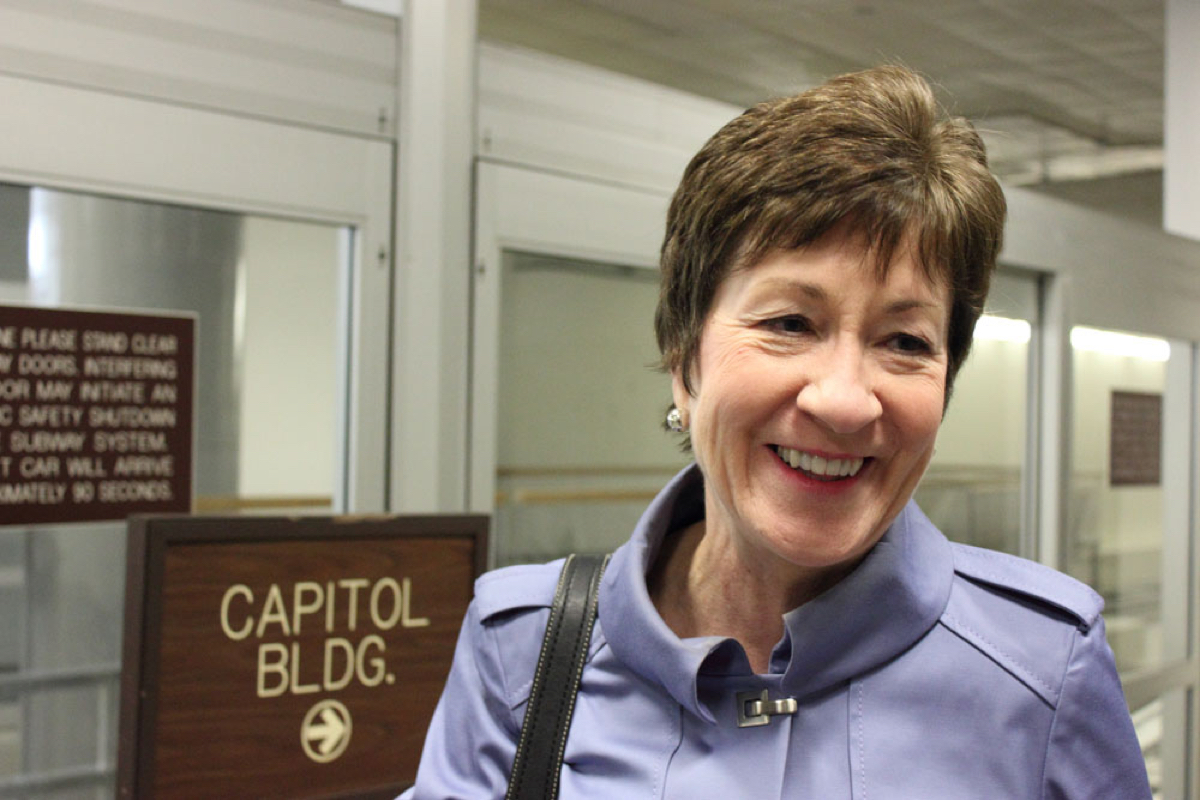 Maine Sen. Susan Collins and Rhode Island Sen. Jack Reed, consider this your periodic reminder to always make sure you’re not gabbing into a hot mic before you start saying how you really feel.

For our sake, though, let’s just appreciate how lucky we are that two New England Senators forgot this essential rule of private smack-talking, and have provided us with a remarkable minute-and-a-half-long window into Congressional banter that has to be heard to be believed.

During a few minutes of downtime at a Senate subcommittee hearing, Collins, a Republican, and Reed, a Democrat, can be heard chit-chatting about what appears to be their concerns with President Trump’s grasp of the budget and the likelihood that the new president will lead the country toward another budgetary crisis.

“I swear, [the Office of Management and Budget] just went through and whenever there was ‘grant,’ they just X it out,” Collins can be heard saying. “With no measurement, no thinking about it, no metrics, no nothing. It’s just incredibly irresponsible.”

“I don’t even think he knows there is a BCA,” Collins can later be heard saying, using an acronym for the Budget Control Act.

But that is just the beginning. Then they start laying into one of their colleagues, Texas Republican Rep. Blake Farenthold, who has just recently made headlines for blaming the thus-far failed Obamacare repeal on “some female senators from the Northeast” (a not-subtle reference to Collins, one of the Republican hold-outs who will not vote to let the bill proceed) and adding that “if it was a guy from South Texas, I might ask him to step outside and settle this Aaron Burr-style,” as in, with a duel.

“Did you see the one who challenged me to a duel?” Collins can be heard asking Reed in the tape.

“I know, trust me. You know why he challenged you to a duel?” Reed replies. “Because you could beat the shit out of him.”

“He’s huge,” Collins says of Farenthold, apparently mocking his weight. “He is so unattractive. Did you see the picture of him in his pajamas next to this bunny?” Here she’s referring to this infamous photo of the Congressman posing in a set of full-body duck pajamas next to a model clad in lingerie.

That’s when the tape cuts out.

Some audio of the exchange has been helpfully captured by the Huffington Post’s John Rieger.

Update: Collins has apologized in a statement to the Globe. “Neither weapons nor inappropriate words are the right way to resolve legislative disputes,” she said. “I received a handwritten apology from Rep. Farenthold late this morning. I accept his apology, and I offer him mine.”