For the First Time, Most of Harvard’s Incoming Class Is Non-White

The news comes as the Trump White House plans for renewed focus on affirmative action. 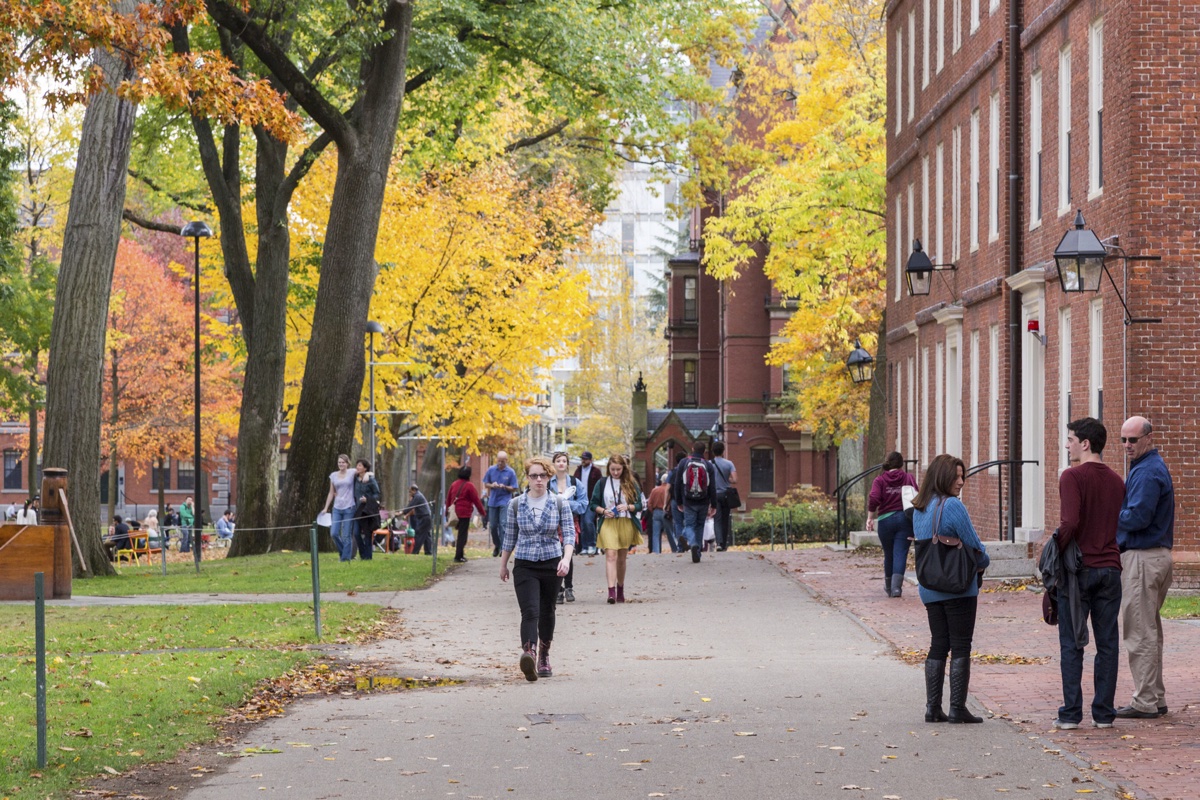 Harvard’s incoming undergraduates are going to constitute the least white freshman class in the university’s history, according to the Boston Globe. The prestigious university will welcome an unprecedented 50.8 percent non-white incoming class this fall.

Harvard admissions statistics show that the Class of 2021 will be 22.2 percent Asian (which the Crimson says is a record high). About 14.6 percent are African-American, 11.6 percent are Hispanic or Latino, and 2.5 percent are Native American or Pacific Islander.

This comes after Trump’s Justice Department announced it would investigate a 2015 complaint alleging that Harvard discriminates against Asian-American applicants.

It also follows a New York Times report on Tuesday that the Justice Department internally shared a document that it was looking for lawyers to investigate and potentially take legal action against university affirmative action policies regarded as discrimination against white students.

The DOJ says the document had only  to do with the Harvard investigation, not a sweeping review of affirmative action. But skepticism has been expressed given the wording of the internal memo, which suggested a much larger examination of admissions policy.

“To become leaders in our diverse society, students must have the ability to work with people from different backgrounds, life experiences, and perspectives. Harvard remains committed to enrolling diverse classes of students,” spokeswoman Rachel Dane said, according to the Crimson. “Harvard’s admissions process considers each applicant as a whole person, and we review many factors, consistent with the legal standards established by the US Supreme Court.”

The Supreme Court ruled last year in a 4-3 decision that colleges can take race into account when admitting students.