It's the "greatest petting zoo of all time," say the Patriots. 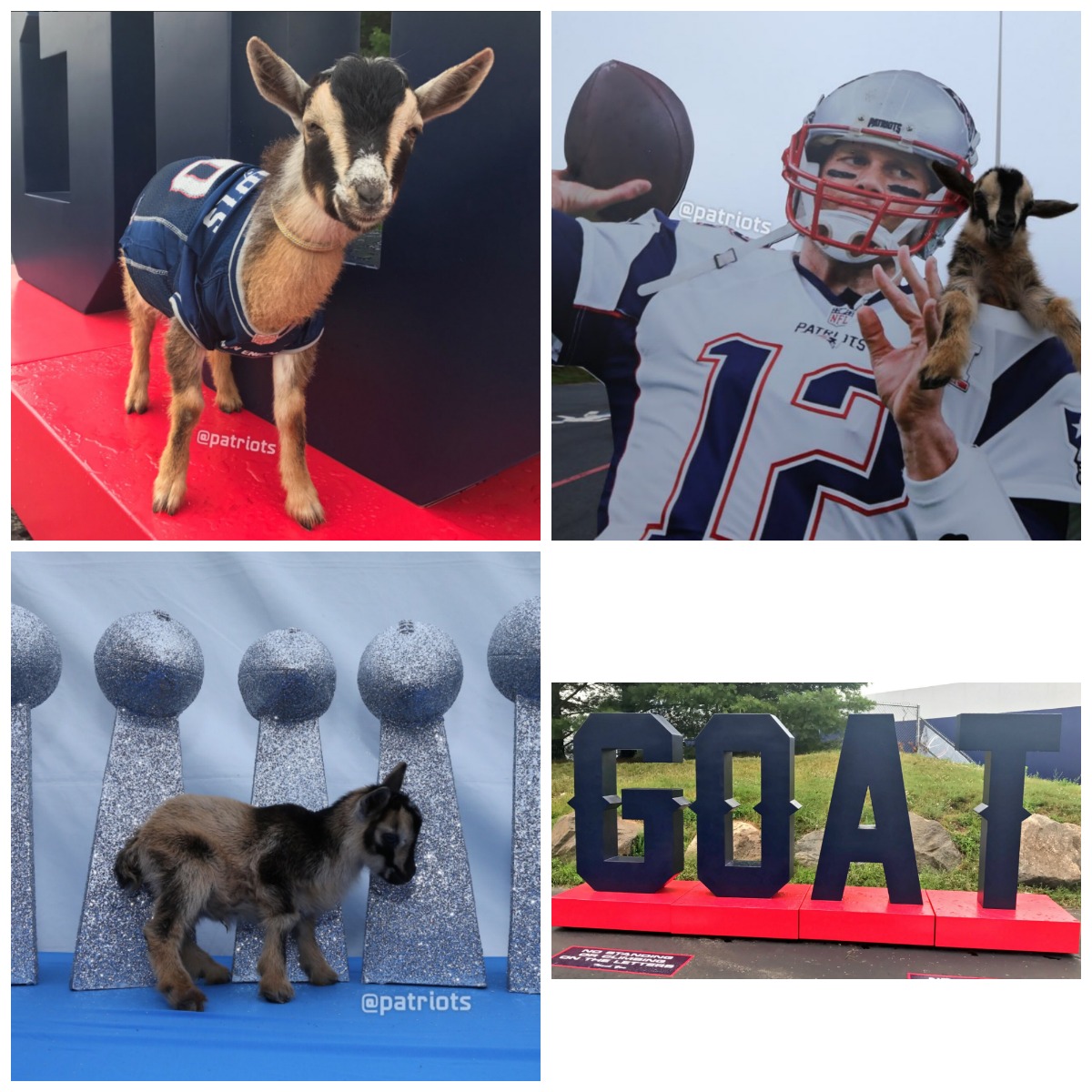 Photos via the New England Patriots

In case something horrible has happened to your internet connection and you haven’t noticed yet, it is 100 percent Tom Brady’s 40th birthday today. And in Patriots Nation, that can only mean one thing: endless goats.

The Patriots, leaning into Brady’s hard-earned rep as the “Greatest of all Time,” have brought a group of live goats to Foxborough to join the team. They’re calling it, naturally, the “greatest petting zoo of all time.”

More baby goats at camp as club celebrates Tom Brady’s 40th birthday with what they call “G.O.A.T.S. – The Greatest Petting Zoo of All Time” pic.twitter.com/kAnfR4FQpv

They can be seen posing in front of a giant sculpture of the word “GOAT” or resting atop the shoulder of a cardboard cutout of our beloved QB. There was also a small one ambling around some sparkling models of Lombardi trophies, and a group of them ramming their heads into one another while wearing Pats blue.

So take a big old bite of an avocado cupcake and toast our friend Tom, the GOAT. And also these goats.

On Tom Brady’s 40th birthday, the Patriots are offering fans a G.O.A.T. photo opportunity at training camp (yes, that is a live baby goat). pic.twitter.com/FC8g1AoNNf