That Pic of Red Sox Fans During a Home Run Is Pure, Beautiful, Art

And the internet is loving it. 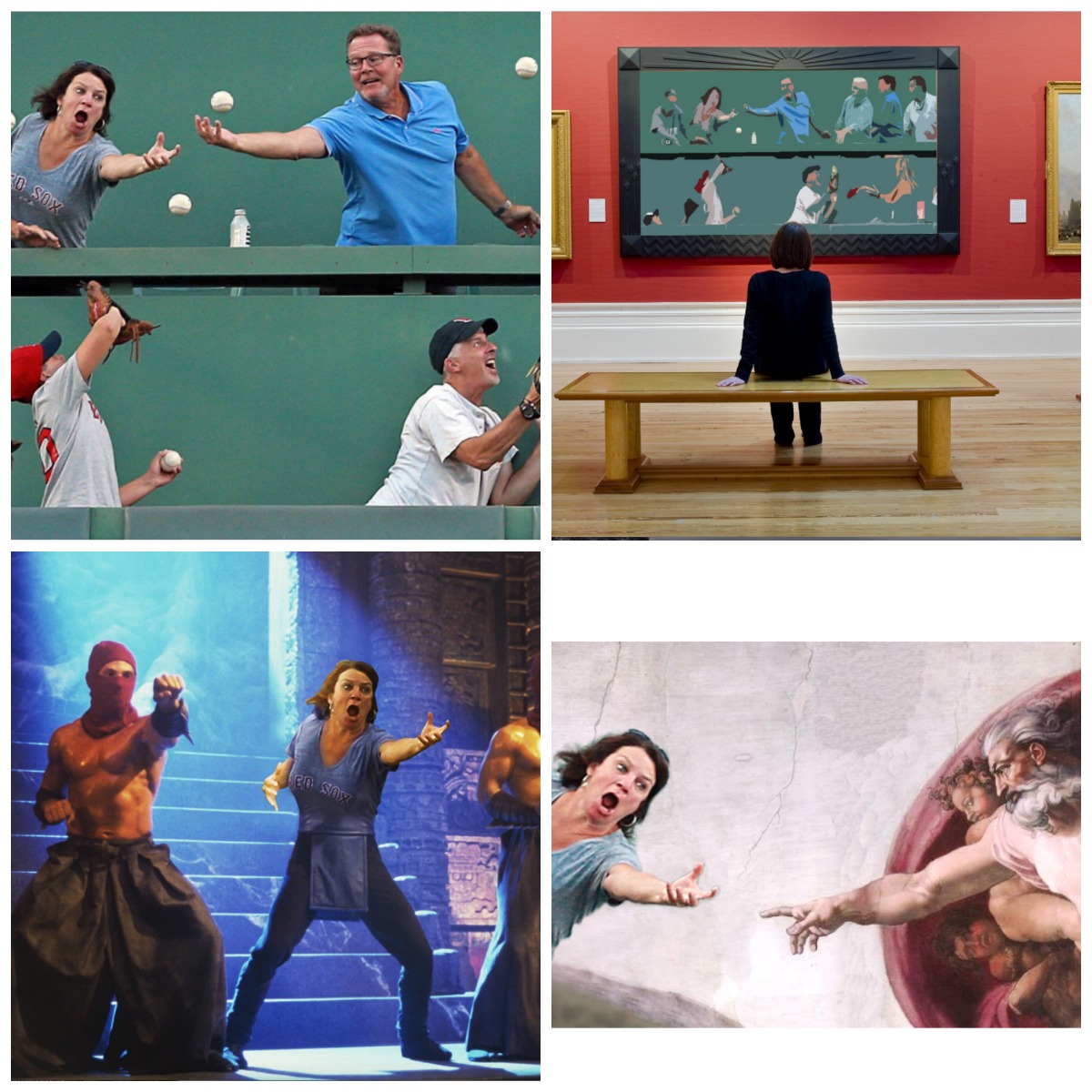 A photo of a Green Monster home run at last night’s Red Sox game has caught the internet’s attention today, and for good reason: it’s amazing.

The shot, captured by the Boston Herald‘s Matt Stone, captures 11 fans’ enthusiastic attempts to snag a ball hit by third baseman Rafael Devers during the first inning of last night’s game against the White Sox. Each person’s ecstatic facial expression, contorted bodies, and outstretched arms make it a contender for best crowd shot at a baseball game, ever.

If you want the full story on how it went down, WEEI has a fun play-by-play. Ultimately, the ball ended up in the catcher’s mitt of a 12-year-old from New Hampshire (he’s the one in the red Red Sox cap). But the photo of the moment frozen in time speaks for itself. It led the Herald‘s sports section today, and before that issue ever hit the stands, the internet had welcomed it with open arms, and it’s taken on new life as a piece of art to be admired, remixed, and analyzed. “This is an absolute modern day Normal Rockwell painting,” wrote Forbes’ Maury Brown on Twitter, a post that’s been retweeted more than 3,000 times. He’s right. And it’s so much more.

The pic made it onto the Boston Reddit page, as well as a separate one dedicated to photographs that recall centuries-old paintings, called Accidental Renaissance. Wrote one commenter on that page, where it’s been dubbed The Dinger: “Every single person in this picture is a masterpiece.”

On that same theme, some transplanted cut-outs of the photo and added it to other, real-life works of art, like Michelangelo’s Creation of Adam.

Elsewhere, others mocked the poor guy in the front row who, despite looking eager and waving his glove in the air, does not appear anywhere close to getting that ball.

Just a BIT off pic.twitter.com/h8EKDHYA04

But where people have had the most fun with this one-of-a-kind picture is on another subReddit, called Photoshop Battles, where posters compete to create the funniest remixes on the picture-editing software. On that page, the picture has been upvoted more than 3,000 times.

The results are something to behold.

I see what you did there.