The Top Chef/Teamsters Trial Is Wrapping Up

Both sides have stopped presenting evidence. 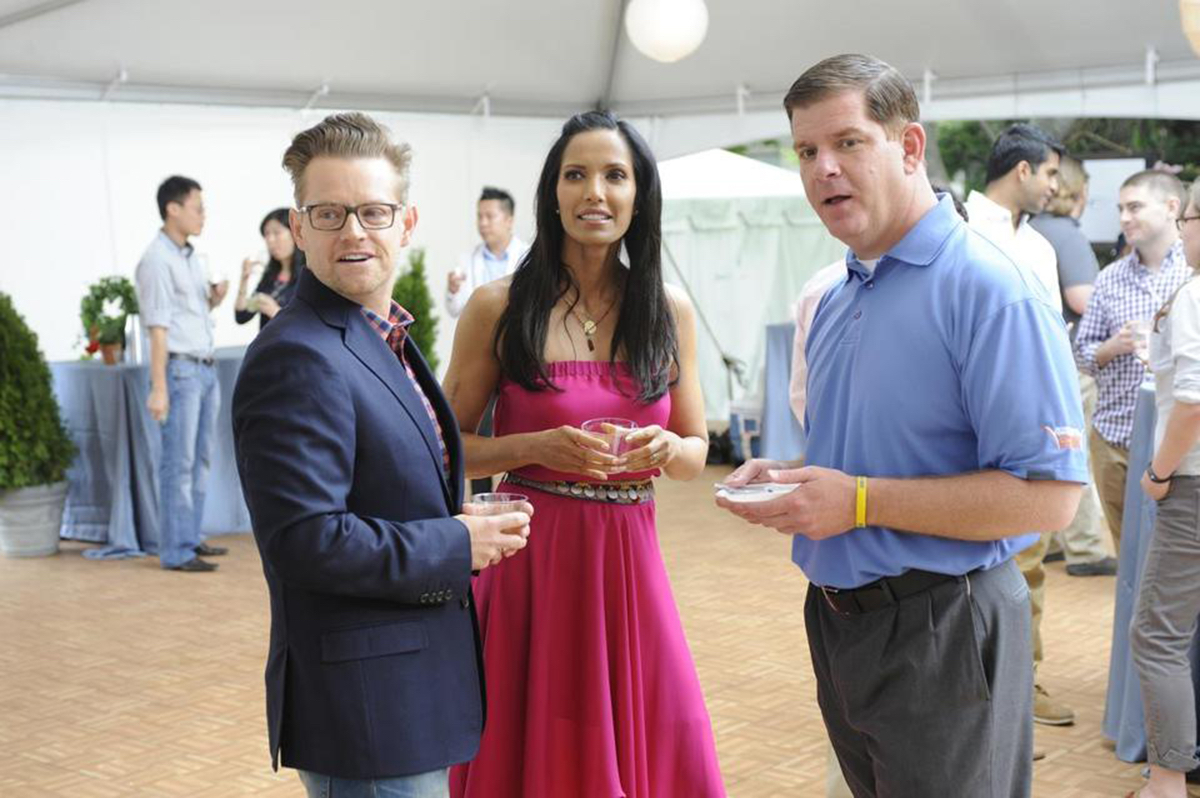 PADMA LAKSHMI AND MARTY WALSH ON THE SET OF TOP CHEF BOSTON IN 2014. PHOTO BY DAVID MOIR/BRAVO

The trial examining whether Teamsters unlawfully pressured the staff of the TV show Top Chef while they were filming here to get them to hire union labor is wrapping up, as both sides have stopped producing evidence.

On Monday, star Padma Lakshmi testified that she felt “terrified” when a member of the Teamsters allegedly stuck his head inside a car she was traveling in and, she says, insinuated that he might harm her.

Earlier, unflattering video surfaced of the Teamsters in action surfaced as part of the trial that appears to show the men harassing the show’s staff and crew and hurling racist and sexist insults. Another staff member testified he was so spooked by interactions with the Teamsters that he slept with knives.

Lawyers for the four defendants announced Tuesday that they would not call any witnesses, according to the Globe. Milton Police were also not asked to testify. The Teamsters face extortion and conspiracy charges. A fifth, 62-year-old Mark Harrington, took a deal and pleaded guilty to an attempted extortion charge in September.

Jurors will now be asked to weigh in on whether the Teamsters’ actions constituted illegal extortion or whether they were merely an expression of free speech and the right to picket for better wages and working conditions.

Closing arguments for both sides are expected on Thursday, the Globe reports.