Throwback Thursday: When the First Guests Checked In to Fairmont Copley Plaza

Rooms were booked 16 months in advance. 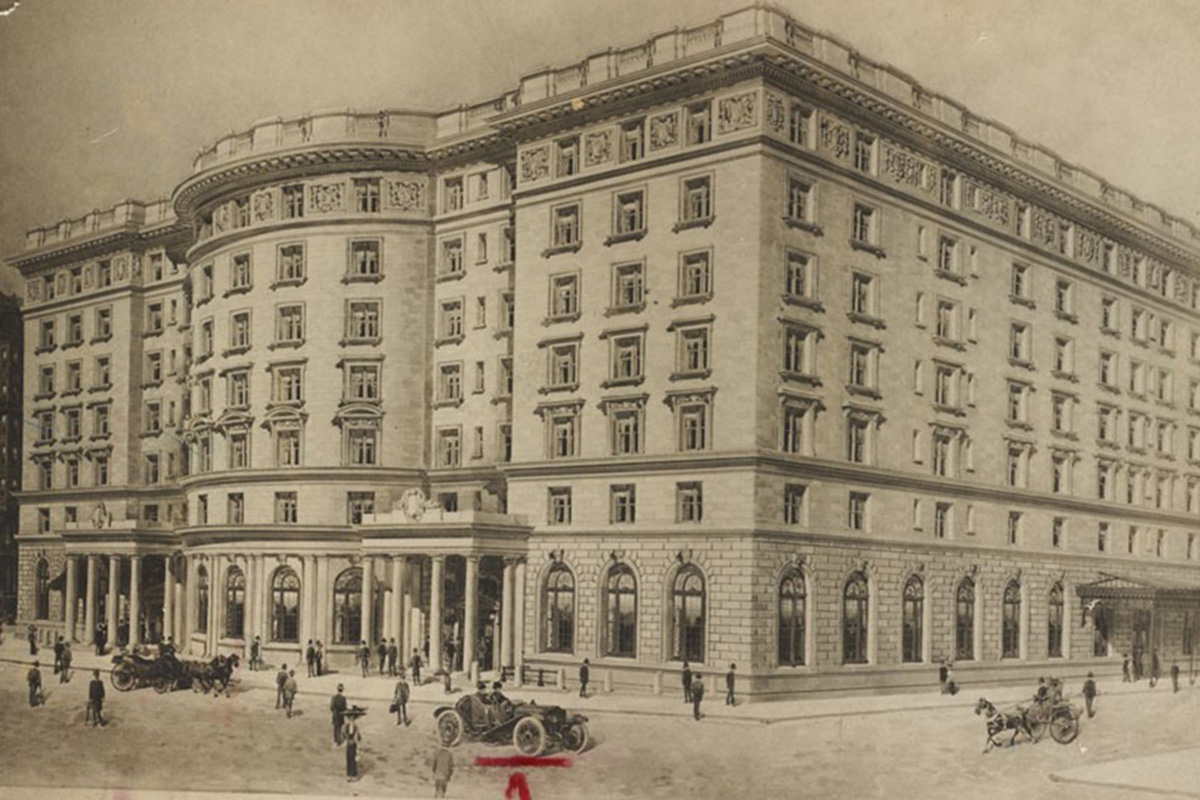 It might seem like nothing that momentous happens during the hazy dog days of summer, but August 8, 1912 would turn out to be a historic day for the city of Boston. It was on that Thursday, 105 years ago, that the first guests checked into Boston’s landmark hotel, the Fairmont Copley Plaza, then called the Copley-Plaza hotel. The hotel built up so much hype prior to its opening that its first round of guests booked rooms 16 months in advance.

The hotel’s formal grand opening followed two and a half weeks later on August 19, 1912, when Boston mayor John F. “Honey Fitz” Fitzgerald (JFK’s grandfather) oversaw a party of more than 1000 elite guests. At an opening cost of $5.5 million, the lavish hotel was attached to a steep price tag from its very start. The hotel’s architect Henry Janeway Hardenbergh had also designed the Plaza Hotel in New York City.

The Boston Globe covered the big night, saying in an August 20, 1912 story, “the magnificent great ballroom, the largest in Boston, was crowded to its utmost capacity by diners.” It even weighed in on the fashion choices of the event, complimenting the gowns of the women and including the important detail that “Most of them were without hats, but some wore pretty juliet caps with all sorts of costly decorations, and a few wore picture hats, which in every case were striking and beautiful.”

In the hotel’s more-than-century-long history, it’s hosted many famous guests, including every president since William Howard Taft, as well as John Lennon, Frank Sinatra, and more. It was also the first hotel that was completely air conditioned in Boston and the first to accept credit cards.

For a glimpse back at the Fairmont Copley Plaza’s momentous past, reflect on these vintage photographs of the hotel’s iconic rooms and exterior. Because of the hotel’s distinctive architecture, anyone who has seen the inside might think not too much has changed, but let’s not forget that the present-day Oak Long Bar + Kitchen once actually had a Merry-Go-Round bar. 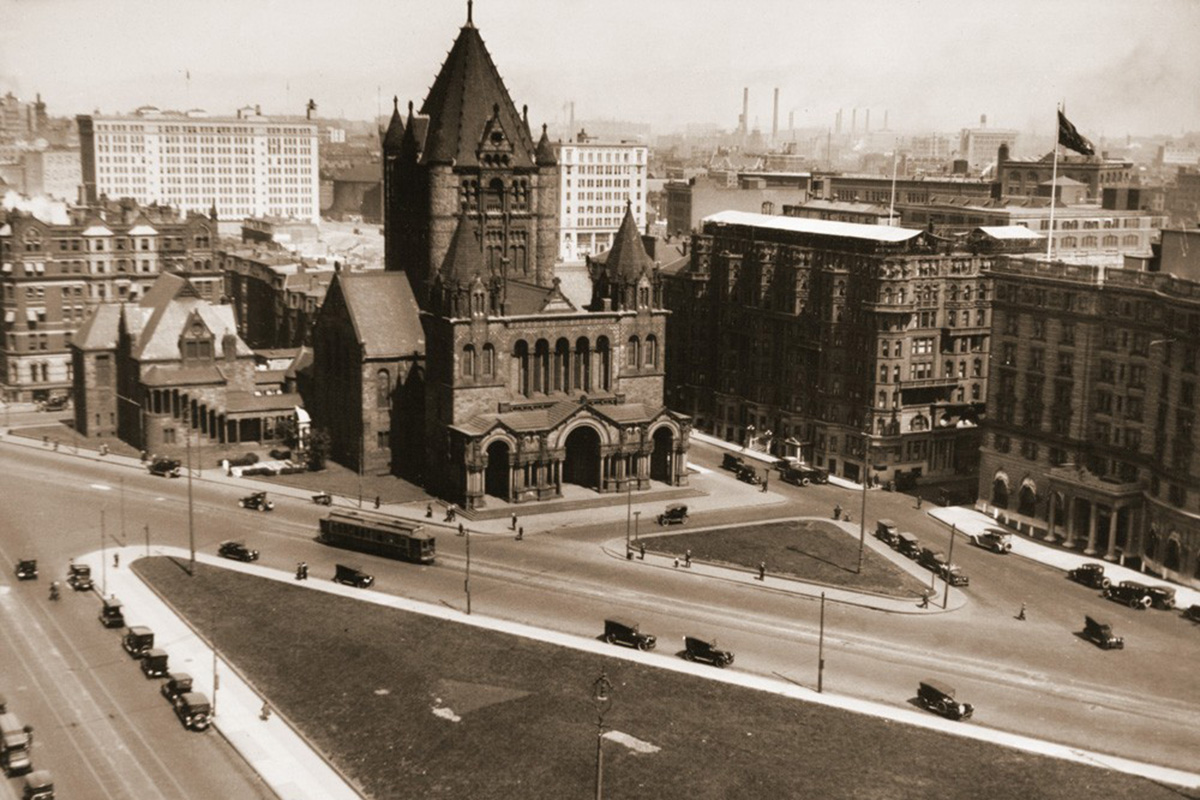 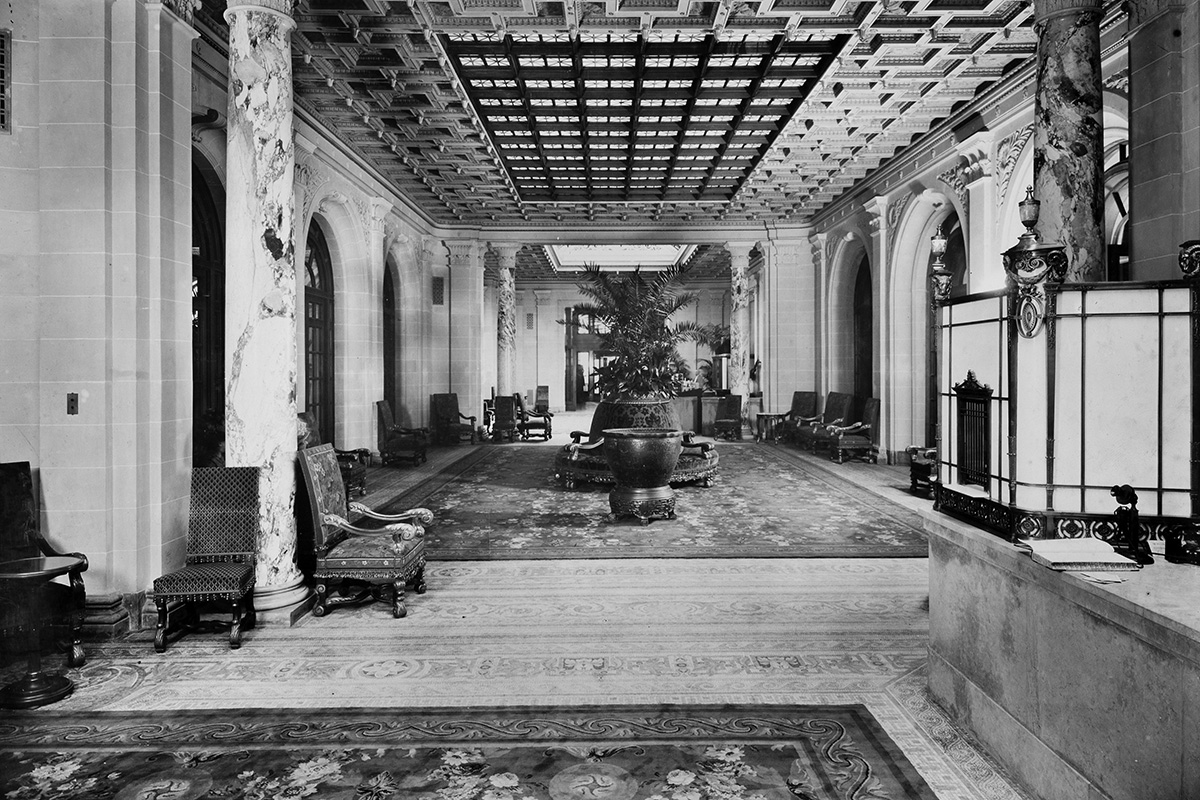 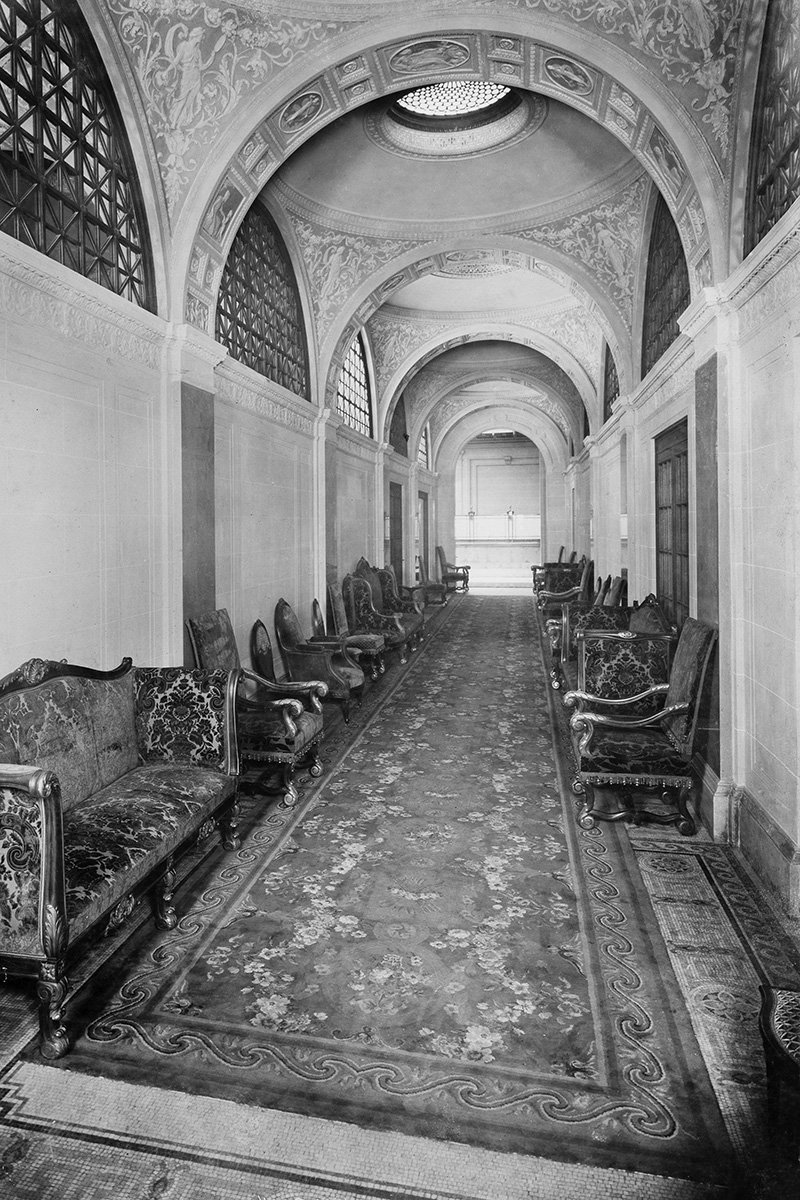 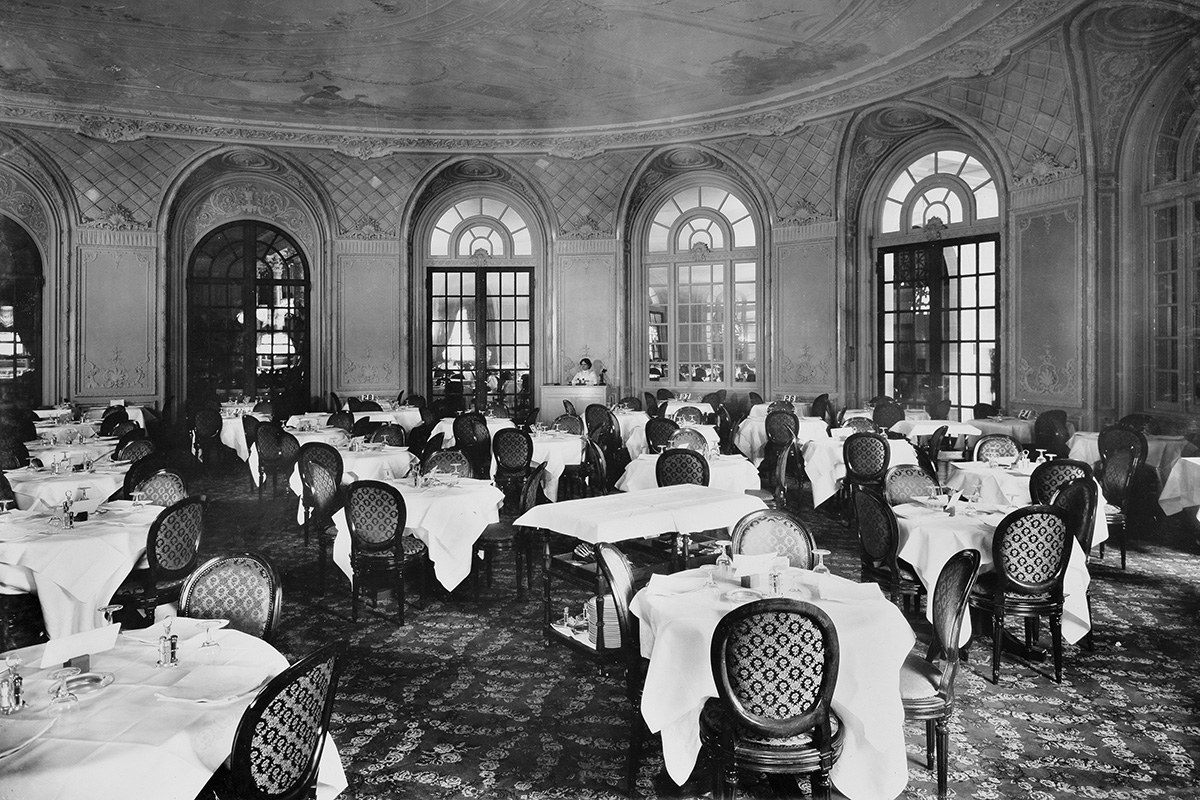 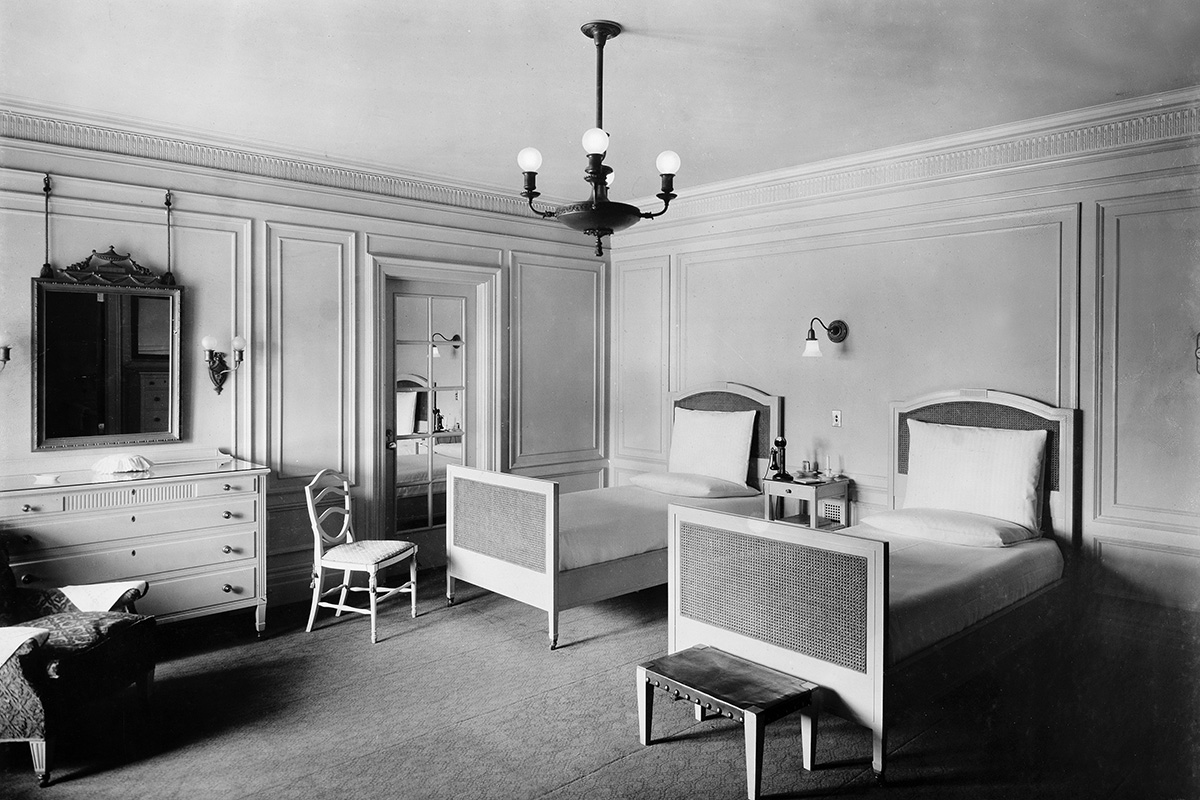