The infamous freshman says he received death threats after he participated in the Charlottesville rallies. 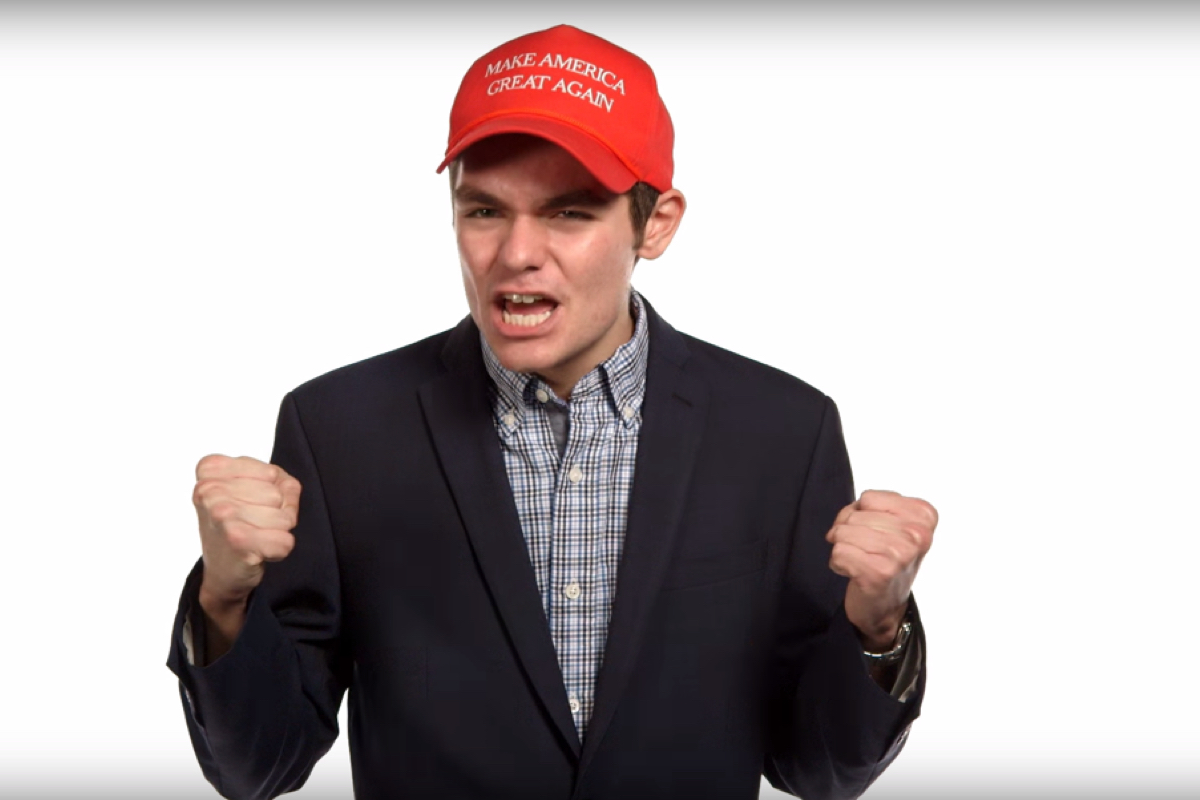 Fearing for his safety, the 18-year-old Boston University student from Illinois, whose peers mocked and condemned him for espousing such views as “multiculturalism is cancer,” says he will not return this semester.

In an interview with the Boston Globe, Fuentes says he has received more than a dozen death threats after he attended rallies in Charlottesville with white supremacists, neo-Nazis, and other groups who chanted things like “blood and soil” and “Jews will not replace us.”

“It’s becoming very dangerous,” he tells the Globe, to have extreme conservative views in a liberal city like Boston.

Fuentes’ rise to infamy began with some controversial tweets and a slick YouTube video posted on the BU YouTube channel in October explaining his support for Donald Trump. “Political correctness and the multicultural movement in America are subverting any effort that a conservative could ever make to change the country,” he said in the clip. He has since posted several lengthy videos on the YouTube channel Right Side Broadcasting Network and was featured in a Globe story in March about the rise of far right youth video personalities. 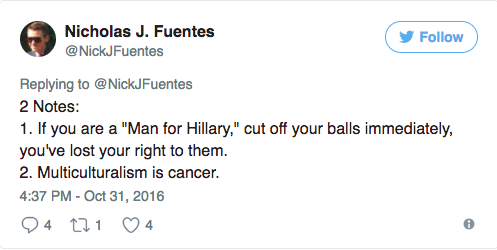 By Wednesday morning, Fuentes’ tweets had all been deleted.

In his interview about not returning to BU this year, he tells the Globe‘s Danny McDonald that he believes the Charlottesville demonstrations were “about not replacing white people.” Although he attended the rally alongside Nazis and other white supremacist groups, he says he disavows Nazism. But in case you’re confused about where Fuentes stands, he cleared it up in a Facebook post after the event, which he described as “incredible” and inspiring. “The rootless transnational elite knows that a tidal wave of white identity is coming,” he wrote. “And they know that once the word gets out, they will not be able to stop us. The fire rises!”

Nick, please, do not let the door hit you on your way out.