Trump, he wrote, "caused racists to rejoice, minorities to weep, and the vast heart of America to mourn." 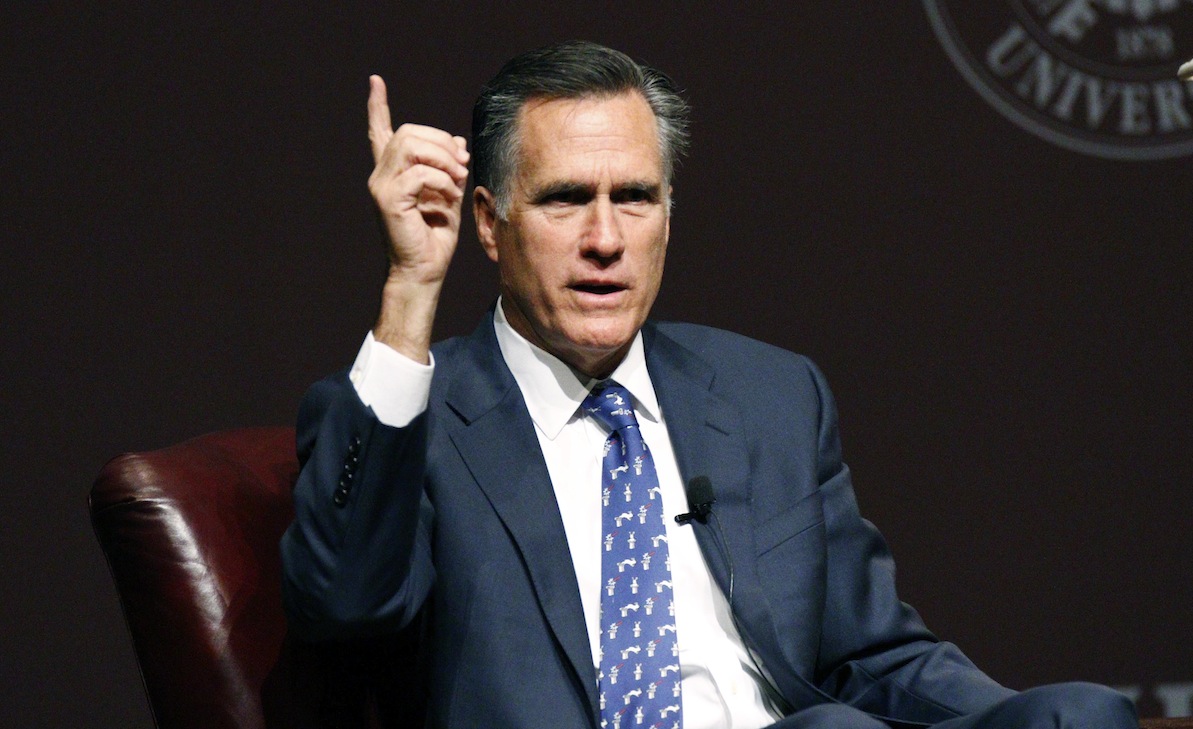 Mitt Romney didn’t sugarcoat his response to President Trump blaming violence in Charlottesville “on both sides,” and his reluctance to condemn the activity of white supremacists and neo-Nazis.

“Whether he intended to or not, what he communicated caused racists to rejoice, minorities to weep, and the vast heart of America to mourn,” the former Massachusetts governor wrote on Facebook Friday. “His apologists strain to explain that he didn’t mean what we heard. But what we heard is now the reality, and unless it is addressed by the president as such, with unprecedented candor and strength, there may commence an unraveling of our national fabric.”

The Facebook post, which was published around 9 a.m. on Friday, had already been shared 3,000 times and reacted to 10,000 times an hour later. Responses were mixed, with many pro-Trump commenters attacking Romney and expressing dismay that they once supported the presidential hopeful. (“This is the reason why Donald J. Trump resides at 1600 Pennsylvania Avenue and you do not,” one wrote.)

Romney’s past with Trump has been checkered. He made headlines for a fiery anti-Trump speech last March, then appeared to backpedal by wining and dining with the then-president-elect and considering a position in his administration. But with his latest social media screed, Romney appears to be delivering the fatal blow to their on-again, off-again relationship.

“The potential consequences are severe in the extreme. Accordingly, the president must take remedial action in the extreme,” Romney writes. “He should address the American people, acknowledge that he was wrong, apologize. State forcefully and unequivocally that racists are 100 percent to blame for the murder and violence in Charlottesville.”

Romeny signed off with a plea for the president. “This is a defining moment for President Trump. But much more than that, it is a moment that will define America in the hearts of our children,” the post reads. “They are watching, our soldiers are watching, the world is watching. Mr. President, act now for the good of the country.”