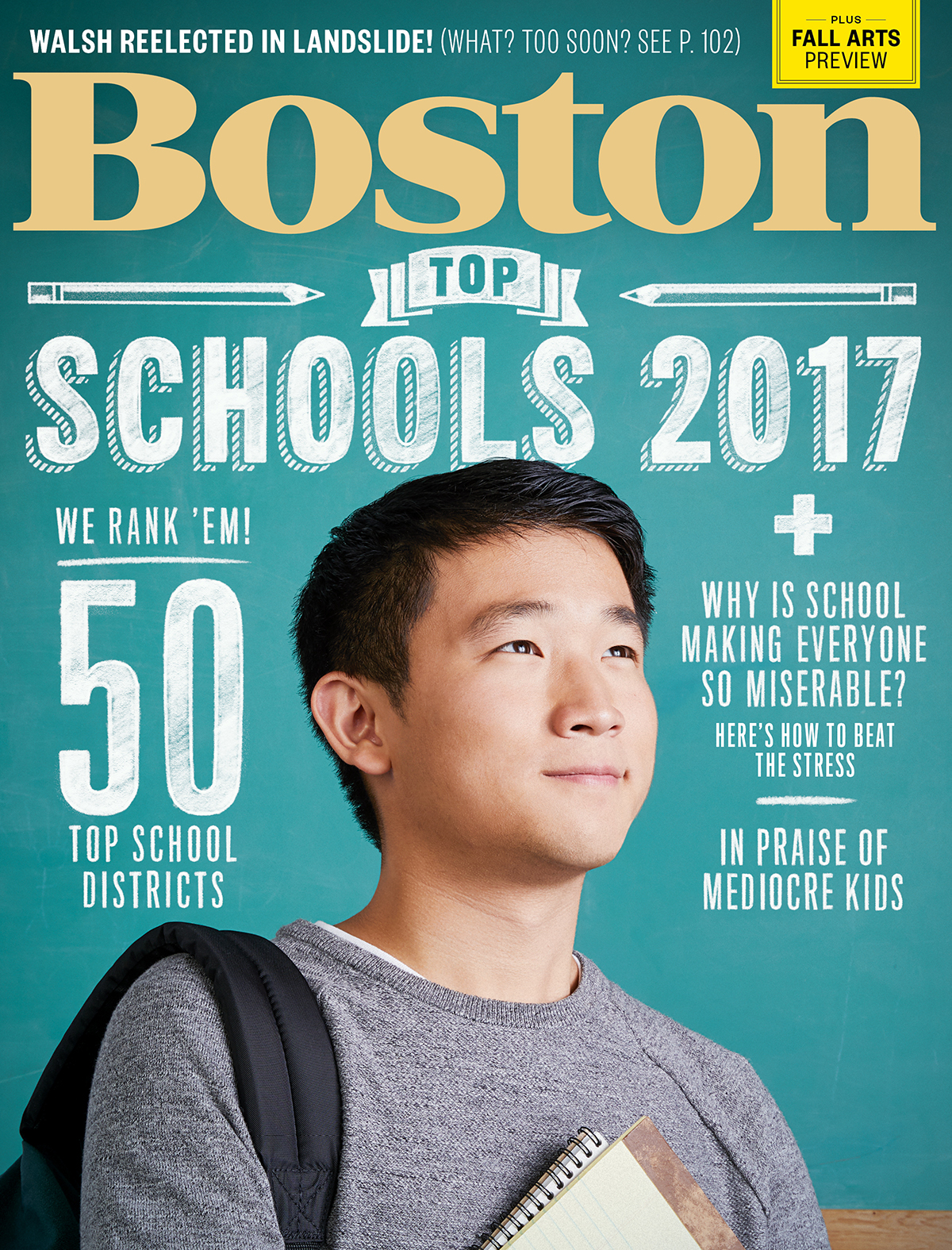 Click to see the September issue. / Photograph by Ken Richardson

When I was growing up, my parents vacationed at the same beach house every year. And for nearly 18 summers, another family, with two sons, rented the home a few doors down. We all grew close, and over time, I watched the tale of these two brothers unfold.

Far more intellectual, the older brother showed an early love for math and science, and never broke into a sweat over having to take a standardized test. In fact, he performed so well that—much to his parents’ delight—he was accepted into one of the nation’s most competitive public high schools in the ninth grade. That’s when things took a turn. No longer the star or the smartest guy in class, he struggled to keep up and earned mostly Bs and Cs. He worked with tutors, which ate into any free time he had to play sports and hang out with friends. When it came time for college, he wound up attending a less competitive, third-tier school—where once again he thrived. Ultimately, he graduated with honors, later earned a Ph.D. in physics, and today is married with kids and happily teaching at a well-known state university out west.

The other brother, two years younger, was a different story. The more outgoing of the two, he also had a flair for the sciences, but in contrast, he would nearly break out into hives when someone mentioned standardized tests. His family hoped he would attend the same elite high school as his older brother, but he simply tested poorly no matter how much he studied. As a result, he went to the local public high school—and earned straight As for four years. Despite middling SAT scores, he got into a top-tier state university before also going on to obtain a Ph.D. in physics, from an Ivy League school. Now, he too has a family and teaches at a college.

Why do I tell this story? As it turns out, success has many different paths, and not all of them begin with an endless string of tutors, high-pressure honors classes, and elite sports teams. That’s the theme we explore this month in our annual education feature, which looks at all the ways school is making local kids and parents miserable these days—and offers a few tips for how to muddle through the stress. As Julie Suratt so wisely suggests in her essay, “In Praise of Mediocre Kids,” perhaps the first step is embracing the average. “How freeing would it be…if we backed off and gave our kids space to figure out what they enjoy doing—not what we think they should do, or what their friends are doing?” she asks. “If we stopped overscheduling them? If we let ‘good’ be good enough and didn’t rush to hire tutors and private coaches at the first hint of interest or glimmer of talent?” I think maybe, just maybe, they’d end up in exactly the place we want them to be: wherever it is they’re happiest.

Online now: Check out our annual Best Schools feature—including an exclusive ranking of public school districts and Julie Suratt’s “In Praise of Mediocre Kids” essay. Plus: Sell the State House, Heaven on the Half Shell, and more.