How to Help People Displaced by Hurricane Harvey

Don't feel helpless just because you're far away from Houston: There are plenty of ways to help from Boston. 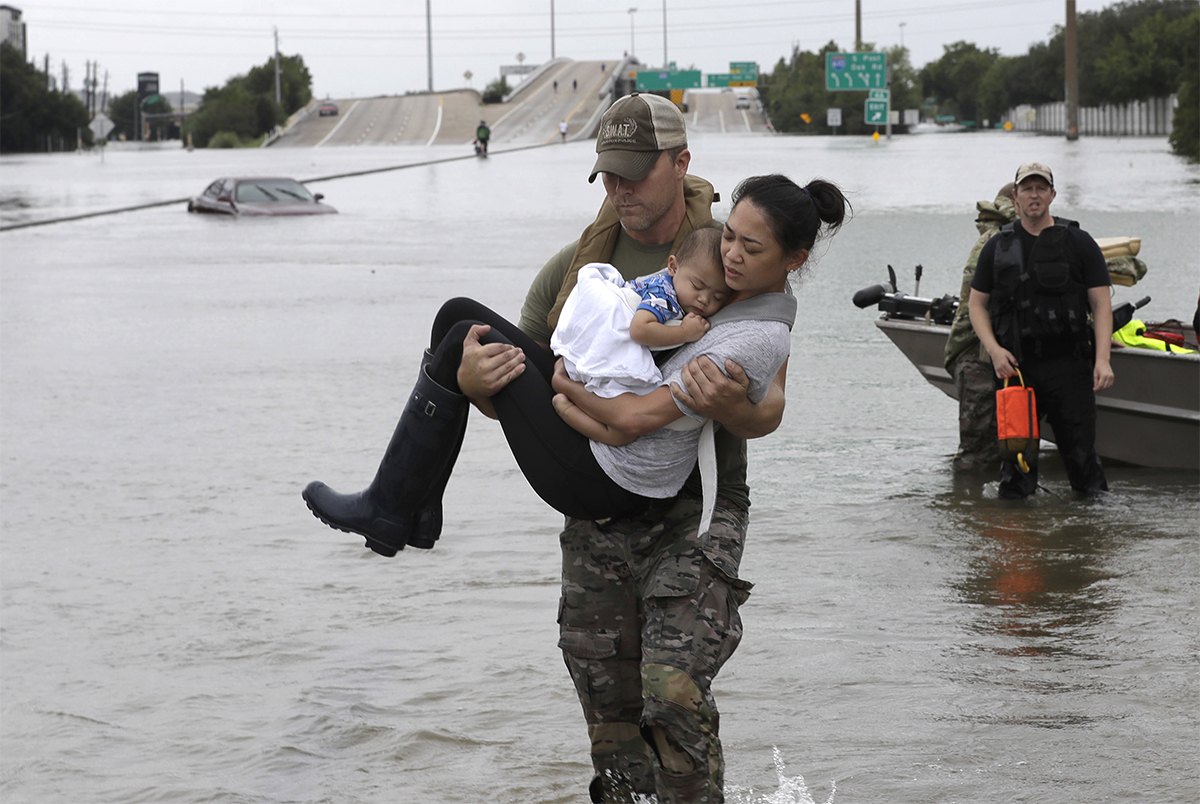 As the weekend unfolded, stories and images from Hurricane Harvey painted a bleak picture of near-Biblical flooding occurring in and around Houston. As rescue operations continue, charities around Texas are doing what they can to help out displaced Texans. While Boston may be pretty far away from Texas (too far, for instance, to foster displaced pets or donate blood), there are still plenty of ways Massachusetts residents can lend a hand. Here are a few options:

Courtesy of Texas Monthly: Try donating to the Texas Diaper Bank, which is busy putting together relief kits for families. Animal lovers can give some money to the SPCA of Texas, which has already taken in well over a 100 cats from a shelter in Corpus Christi. Portlight helps provide relief for people with disabilities, and is currently assisting with evacuation efforts. And the Houston Coalition for the Homeless is also accepting donations as they work to find shelter and housing for people.

Other orgs providing assistance include Save the Children and the Driscoll Children’s Hospital in Corpus Christi, which remains in working order despite the storms. Vox has also put together a list of nonprofits to donate to, along with ratings from Charity Navigator if you like to consider that when making donations, as well as a list of which Texas food banks are working on the crisis. Americares will be sending emergency medical supplies. Global Giving is aiming to raise $2 million for people displaced by the hurricane. Writer Celeste Pewter has also gathered a list of places to donate on Medium.

You can also just keep it traditional and donate to the American Red Cross. Robert Kraft has pledged to match up to $1 million of donations to them, as well. He released a statement through the Patriots, saying, in part, “The New England Patriots and our fans have celebrated two of our franchise’s greatest and most memorable moments in Houston. The city was a tremendous host for Super Bowl XXXVIII in 2004 and once again this past February for Super Bowl LI. Houston could not have provided more support to us during those visits, and we welcome the opportunity to provide this support when Houston needs it most.” And if you’re reading this on your phone, you can keep it simple and text HARVEY to 90999 in order to donate $10 to the Red Cross.

The mayor’s office is also coordinating a drive for non perishable foods, diapers, and more at various locations around the city. Visit boston.gov/helpforhouston for more details.

Oh, and if you happen to own property anywhere near Houston, you can also connect with Airbnb to offer free shelter to displaced people.