Slaves "created wealth that made possible the founding of Harvard Law School," a new plaque reads. 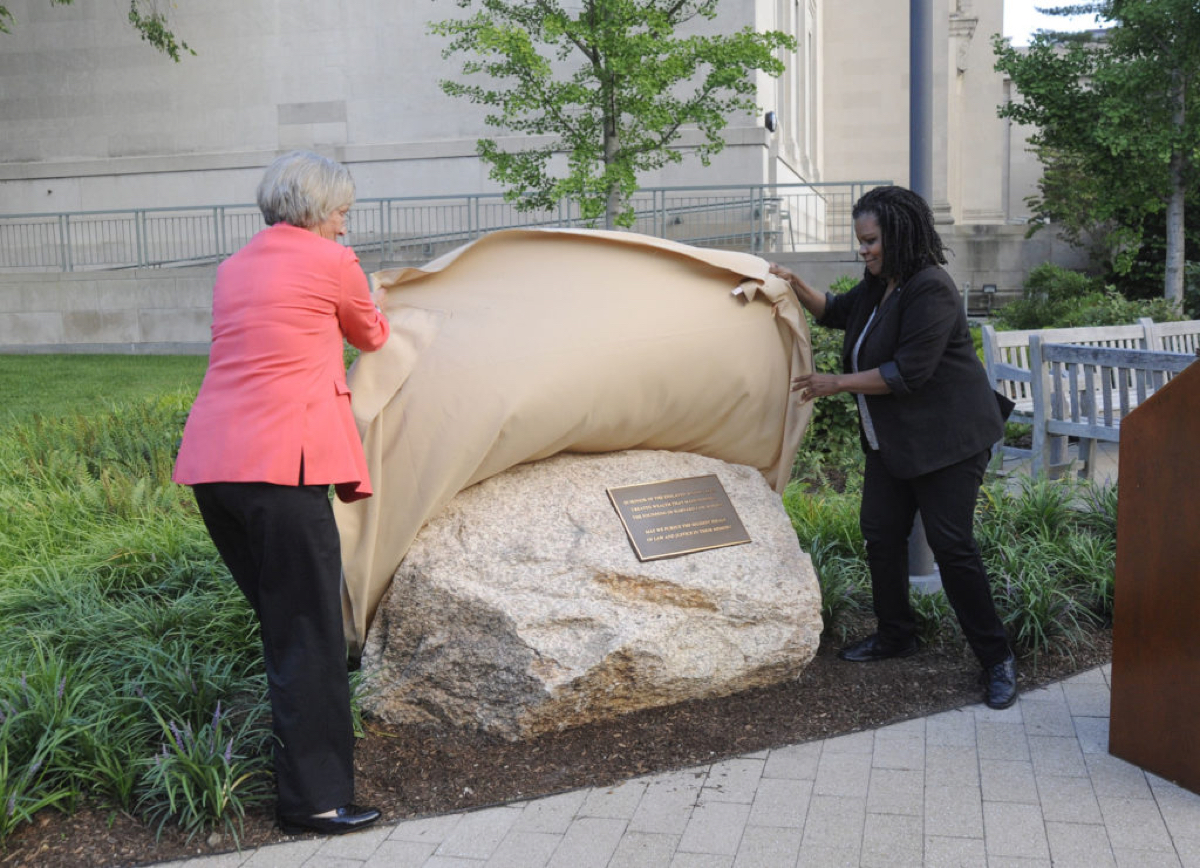 photo by via Harvard Law Today by Jon Chase

At a time of reflection on the dark history of American wealth, monuments, and institutions, Harvard has just made a small, but important gesture recognizing an uncomfortable truth: the money that built Harvard Law School was made on the backs of slaves. A new monument to the enslaved people owned by Isaac Royall, Jr., benefactor of the Law School founded in 1817, was unveiled Wednesday at a ceremony marking HLS’ bicentennial.

“Our school was founded with wealth generated though the profoundly immoral institution of slavery,” says John F. Manning, the Morgan and Helen Chu Dean and Professor of Harvard Law School, according to Harvard Law Today. “We should not hide that fact nor hide from it. We can and should be proud of many things this school has contributed to the world. But to be true to our complicated history, we must also shine a light on what we are not proud of.”

Drew Faust, Harvard University’s president, says, “Slavery is an aspect of Harvard’s past that has very rarely been acknowledged,” adding, “As we acknowledge here today, Harvard along with many other institutions in New England was directly complicit in America’s system of racial bondage.”

Royall enslaved Africans on a sugar plantation in Antigua and on farms in Massachusetts, and wealth derived from those atrocities made up bequest that helped found the law school, which is among the world’s most prestigious. The move also follows a decision by the Harvard Corporation last year to retire the Harvard Law School shield, the Royall family crest.

A plaque embedded in a large rock recognizes that slaves “made possible” its founding: 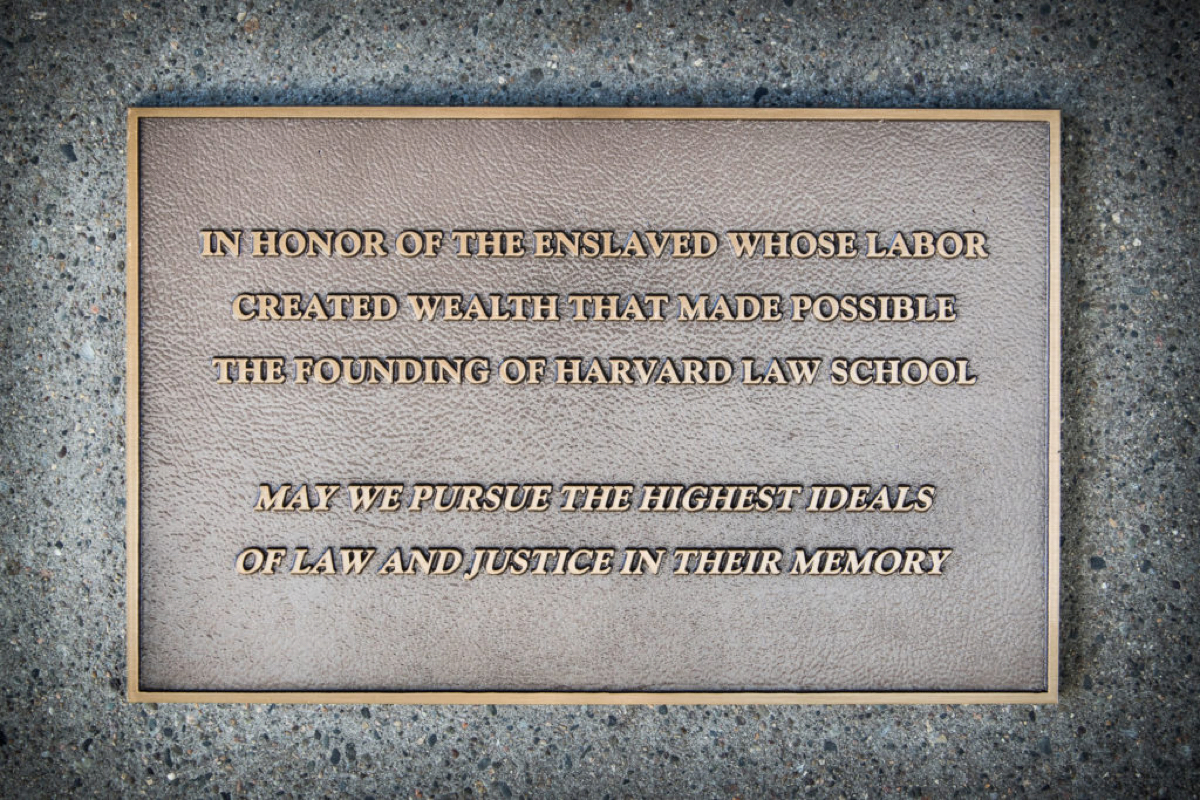