It's in the Granite State to discuss its illegal voting conspiracy theory. 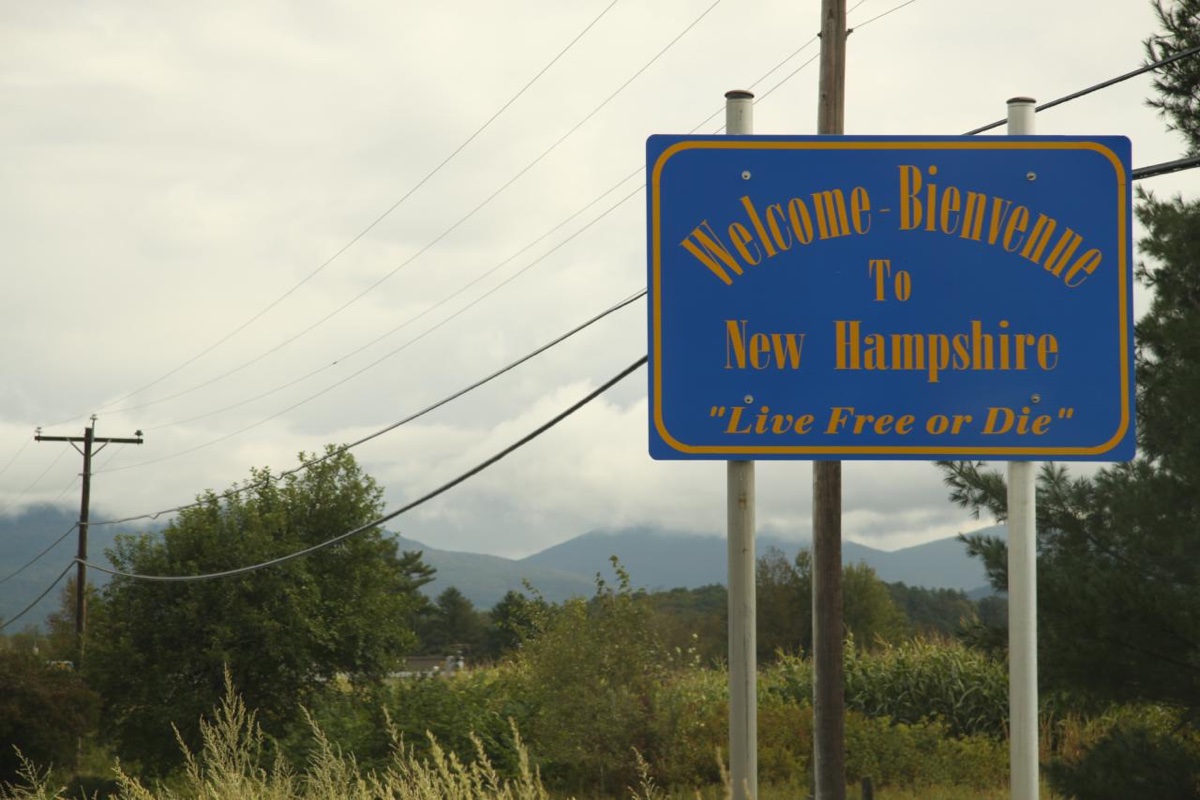 President Trump’s voter fraud commission, armed with a pile of questionably analyzed data, is slated to gather Tuesday in New Hampshire, a state Trump and his allies believe was the site of a massive illegal voting conspiracy in 2016.

The “Presidential Advisory Commission on Election Integrity,” formed by Trump to investigate far-fetched theories about illegal voting, is helmed by Vice President Mike Pence and Kansas Secretary of State Kris Kobach, who the ACLU has called the “king of voter suppression” for his history of restricting access to the ballot box in his state.

Rumors have long swirled in New Hampshire about covert operations in Massachusetts and other states to shuttle people into the swing state’s voting booths to take advantage of same-day voter registration and vote for Democrats. Proponents of the myth include Scott Brown, and now Trump, who believes “thousands” of Democrats were “brought in on buses” from Massachusetts on Election Day to vote for his opponent, despite there not being a shred of proof to support that claim. Hillary Clinton narrowly won the state in November, as did Democratic Senate candidate Maggie Hassan.

Kobach has not waited for a thorough investigation of the issue before making new explosive claims about the election, which he published in Breitbart last week. He says records show that, of the voters who used same-day registration last year and had out-of-state drivers’ licenses, more than 5,000 have not yet gotten in-state ID’s. Therefore, he argues, “it is highly likely that voting by nonresidents changed the result” of the election, which was decided in both the Senate and presidential contests by just a few thousand votes.

Kobach, of course, discounts another, less salacious explanation for those figures: that voters without New Hampshire ID’s are just new arrivals to the state who either don’t have cars or just haven’t gotten around to getting a new ID yet. And he makes no mention of another possibility: that a huge chunk of those same-day registrants were students at some of the state’s many colleges.

The Washington Post, doing the commission’s work for it, in less than an hour found a handful of people who say they voted, legitimately, as students. New Hampshire Public Radio studied the data and found that out-of-state ID voters were largely found in college towns:

There were no surges at polling stations that might indicate supposed busloads of Massachusetts Democrats, and NHPR found the rest of those out-of-state ID votes were tallied all over the state:

Otherwise, out-of-state IDs are used all across the state – but only in double- or single-digit numbers. About two dozen people used out-of-state IDs in Laconia, which has a fair number of seasonal homes. One person used a Florida ID to vote in Pittsburg, someone else presented a Maine ID in Waterville Valley and another used a South Dakota ID in Barrington, to name a few.

But all of that is, of course, beside the point. This commission, it seems, is designed to both muddy the waters about whether Trump was cheated in 2016 and provide cover to those who want to make it harder to vote in the Granite State, as doing so would in theory tip the scale in favor of Republicans.

Proof of large-scale conspiracies to commit voter fraud like the one Trump and Kobach are alleging has never once been documented. And remember that doing so is a felony punishable by up to 5 years in prison and $10,000 in fines. So believing that thousands of people would coordinate to commit such a crime, undetected, requires an extraordinary suspension of disbelief. Meanwhile, a New Hampshire Republican legislator’s offer of a $1,000 reward for any evidence at all that out-of-state voters were bused into New Hampshire remains unclaimed.

“Despite the lack of supporting evidence, the rumor lives on,” writes MassINC’s Steve Koczela for CNN, “and that’s enough to keep the commission chasing shadows.”

So what can we expect from this commission today? Trolling, partly. One New Hampshire gun rights activist will apparently advocate for a requirement that voters be subjected to the same background checks as would-be gun-buyers.