Throwback Thursday: Mary Really Did Have a Little Lamb—in Massachusetts

Your favorite nursery rhyme is local. 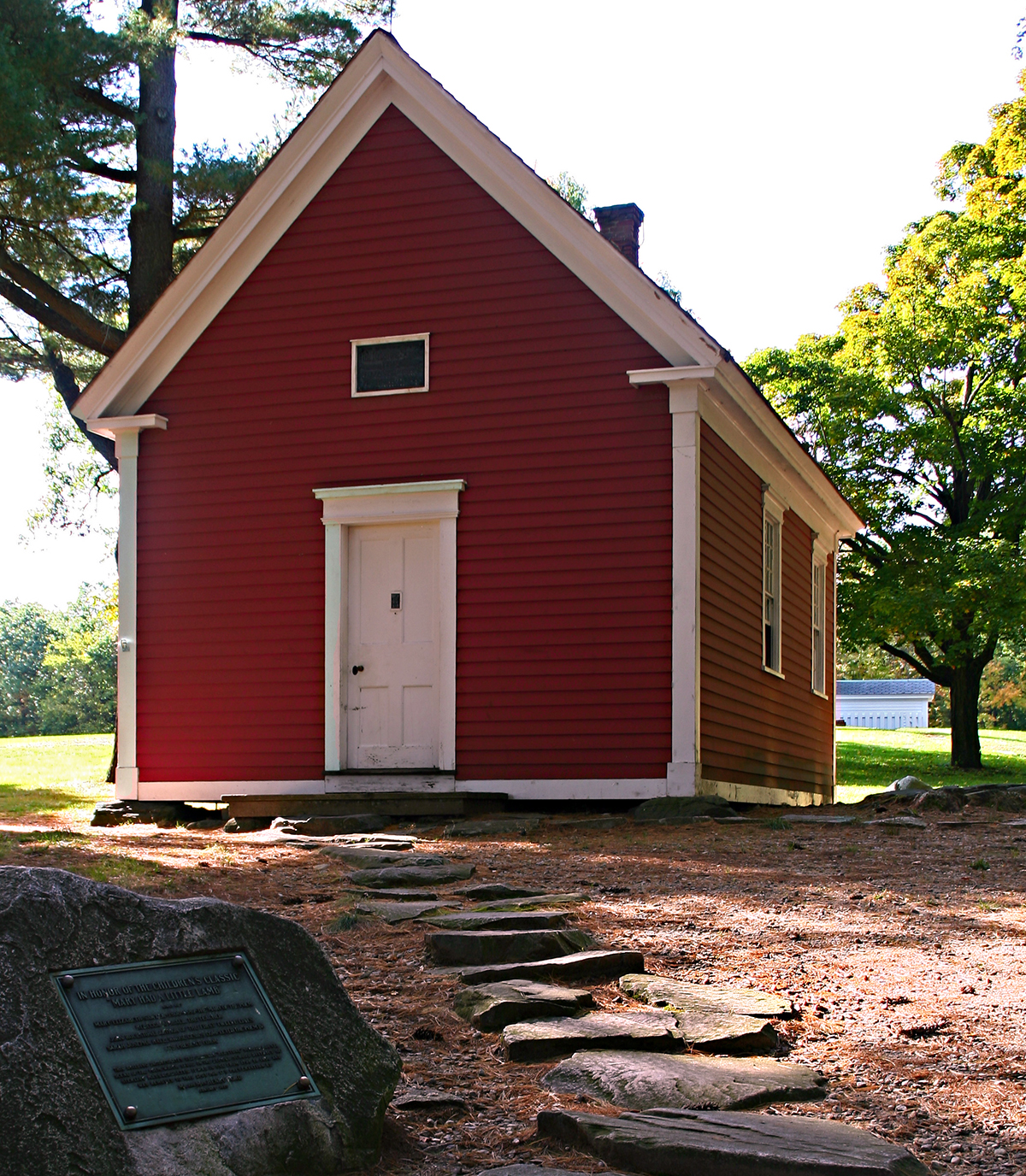 Back-to-school season calls for cracking open a classic work of literature. But before you start to yawn, consider revisiting a rhyming tale with a foundation rooted in local history.

Remember Mary? The one with the little lamb? She was born Mary Sawyer in Sterling, Massachusetts in 1806. Young Mary would become the inspiration for the classic children’s rhyme when, on her brother’s suggestion, she brought her pet lamb to school.

The soon-to-be-famous lamb entered Mary’s life when she was just nine years old. Mary and her father went to care for their farm animals early one morning, only to discover two lambs had been born during the night. According to the New England Historical Society, one was weak and unable to move, rejected by the mother. Kindhearted Mary, refusing to let the lamb die, took it into their home and nursed it back to health.

“From the time it would walk about, it would follow me anywhere if I only called it,” Mary recalled later in life, when Henry Ford (yes, that Henry Ford) published the story “Mary and Her Little Lamb” in 1928.

On fateful morning of the poem’s inspiration, Mary walked to class at the Redstone Schoolhouse and tucked the little lamb in a basket at the foot of her desk. All was well until the restless pet let out a bleat. As the children laughed, the teacher insisted the lamb must wait outside until Mary could take it home at lunchtime.

But who wrote the tale that captured this simple yet charming history? The author of the original poem was John Roulstone, a new arrival in town who came to study under his uncle, a minister. Roulstone witnessed the lamb’s ordeal and wrote three stanzas, which he later gave to Mary.

Debate arose roughly fifteen years later, when writer Sarah Josepha Hale published Poems for Our Children in 1830. The collection included an extended version of Roulstone’s “Mary Had a Little Lamb” that wove a moral about kindness into the tale. Hale, born in Newport, New Hampshire, was attributed authorship, but (for the most part) debaters seem to have decided only the last three stanzas of the poem were her own original material.

Regardless of the combined creation, the poem became a favorite among children. Mary, although never profiting from her role as muse, used the tale’s popularity roughly seventy years later to help save the Old South Meeting House here in Boston. The landmark building was threatened with destruction, but Bostonians collaborated to raise hundreds of thousands of dollars to buy and preserve the historical land.

Mary, living in Somerville at the time, donated a pair of stockings her mother made out of the lamb’s wool decades before. The stockings were picked apart and the wool was attached to cards reading “knitted wool from the first fleece of Mary’s Little Lamb.” The souvenirs were sold, and today the Old South Meeting House still stands on Washington Street.

A lamb statue was erected in Sterling to commemorate the girl, her pet, and they poem they became. Mary passed away in 1889, but the story of her little lamb, its fleece as white as snow, is sure to follow her memory, wherever it may go.