Ninotska Love came to the school all the way from Ecuador. 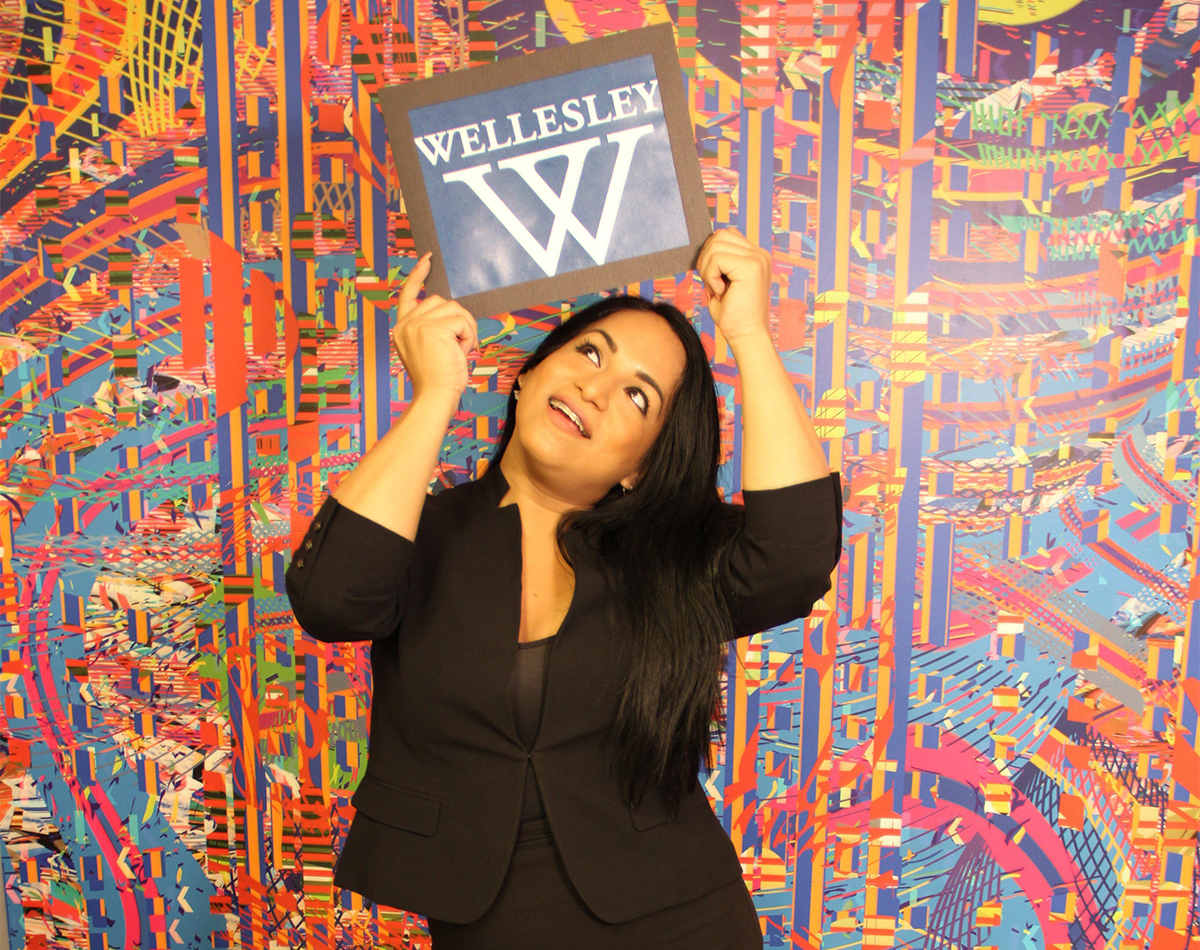 For most students settling into campus life this fall, their biggest hurdle involved cramming for the SATs. But for Ninotska Love, that path was a bit more complicated. Getting to Wellesley, where she enrolled this fall, was a very satisfying end result, after a young adulthood that involved a kidnapping, escaping across the border from Mexico, achieving asylum status in the U.S., and coming out as transgender.

Wellesley only changed their admissions policy back in 2015 to allow transgender students, so Love is very much a trailblazer at the school. But she knew the moment she first visited Wellesley that it was the place for her, saying, “my feet rooted into the ground.”

Many prospective students hope to feel that kind of connection when they’re picking schools, and for Love, it wasn’t just a matter of how supportive the school was (though they reassured her that she could safely put “female” on an application that requested her gender at birth). “When I made it there, I wanted to be another tree,” says Love. “I wanted to be a part of Wellesley.”

It’s a love affair that’s coming to fruition this fall, but much of the path for Love has been fraught along the way.

Growing up in Guayaquil, Ecuador, she dreamed of attending the girls’ school she could see from her window as a five year old. But she was stuck in the boys’ school, despite the fact that she knew from age five that she was a woman.

She says she was kidnapped at age 19 because of her gender identity, during an era when she had finally found some peace in her hometown. Despite a difficult adolescence, where she was teased by her male classmates for being gay (before she came out as a transgender woman), she had started performing at a club that felt like a home.

But the kidnapping, which she says lasted for 72 hours before she was able to escape, changed things for her. When she and her mother tried to report the crime to the police, “they kind of made fun of me. It was like I deserved what happened.”

The experience pushed her to reconsider what she had planned for her future. “I felt like my life was at risk, and I just wanted to leave,” says Love. She was able to get a visa to get to Mexico, and then escaped on foot over the border, where she met up with her godmother.

“For the first few months, I remember I was in a very dark place,” says Love. “I missed my mother, I missed my brother, and I had never been away from home for so long.”

This is the point in the story when many people might give up and go home. Love is not one of those people. She got a job at McDonalds and took free English classes at a local church. And in a move that many young Americans dream of, she headed to New York with just $50 in her pocket. Once there, she was able to find a job at another McDonalds, and started going to an LGBTQ center in New York, where she saw a counselor and met people who connected her to an immigration lawyer.

He turned out to be just the advocate she needed and recommended that she try to seek asylum status in the U.S. “I brought all of the documentation from Ecuador, the police report, and the statistics of transgender women being murdered,” she says. And while there was some risk in applying for asylum, she says she didn’t hesitate to take the chance: “I believe that with opportunities, you just grab them. They’re not always there for you, so why not?”

Once her asylum application was approved (“I still remember that particular morning, I cried for three hours,” she says), she got her associate’s degree at LaGuardia Community College, and worked with the Kaplan Educational Foundation to find the right college for her.

And luckily, it’s one with some pretty good name recognition. “Even though my grandmother doesn’t know much about school, she was like, ‘Mijita, you’re going where Hillary Clinton went?’” says Love. “My mom is really proud. There was a point where it was probably difficult for her to understand, but she has been the biggest cheerleader that I can have. I am so thankful to have her in my life.”

For now, she’s just happy to be a student taking classes about gender studies and religious and social power. But she hopes to always give back to the communities that helped her, whether that’s working with immigrant communities or people who identify as LGBTQ, or people, like herself, who are in the intersection of both.

In fact, when asked what helped her get through the hard times, she says “the possibility to help others one day” was a key factor. “I think there are difficult times, but that’s what keeps me driven,” she says. “You have to do it, and you don’t have to focus on the negativity that’s going on the world. You have to still be positive and see that there’s a light somewhere out of the tunnel.”

She hopes her story can provide some help for anyone struggling with their gender identity, and that if there’s one piece of advice she can pass on, it’s that “the most important thing is what you think about yourself, and that you know you’re loved, that you’re beautiful, that you’re amazing, and that you can do it.”