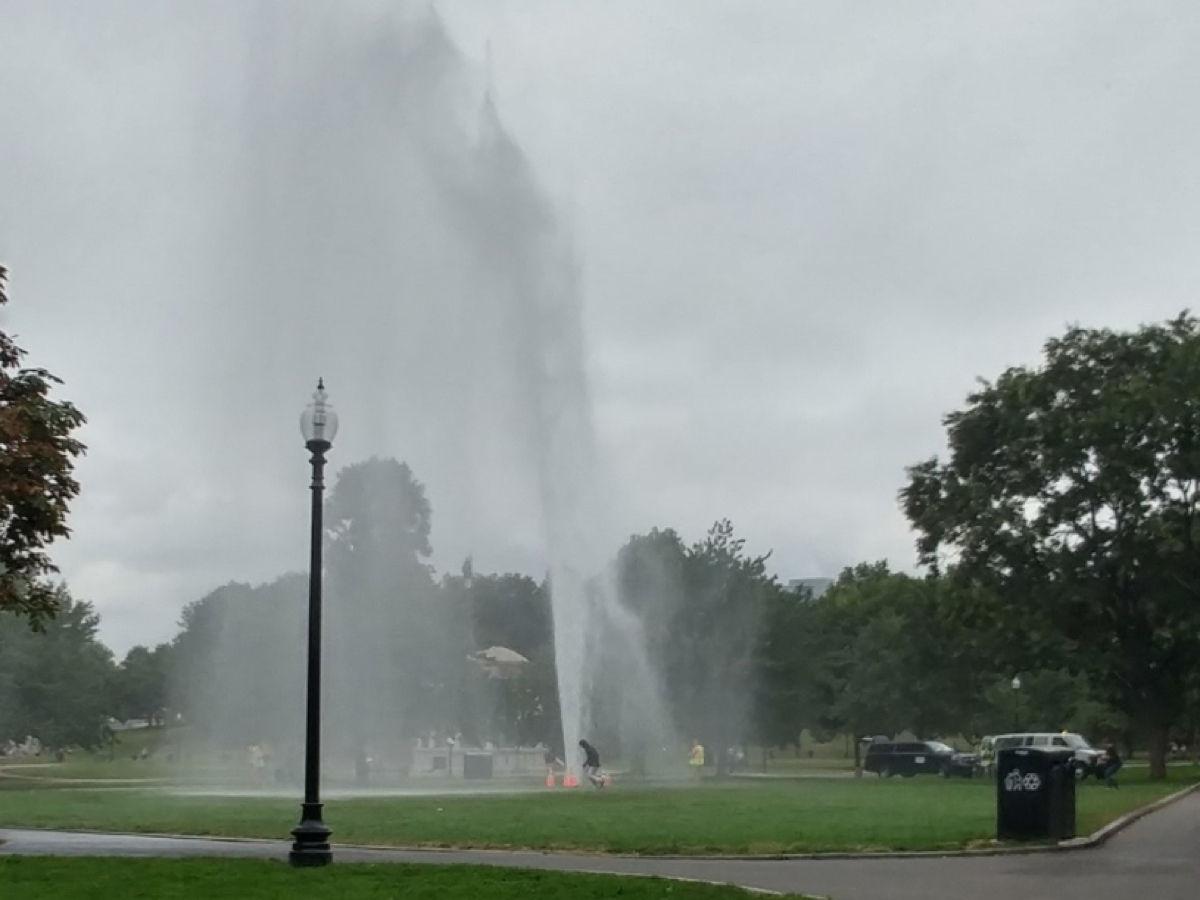 A geyser burst out of the grass on Boston Common Monday morning, sending an enormous column of water rocketing into the air above the park’s treetops.

Water could easily be seen from distance erupting skyward near the Parkman Bandstand, and the spectacle attracted lots of attention.

So who do we have to thank for this unusual display?

“Boston Water and Sewer were doing a test on the system and a pipe burst,” says Elizabeth Vizza, executive director of the Friends of the Public Garden. A crew was apparently looking for leaks.

I didn’t know the Boston Common got a new fountain pic.twitter.com/yhNixHjnCa

Water bursting out from beneath Boston Common, near Parkman Bandstand. Cause/source unclear to me right now. pic.twitter.com/BjYljnvAIp