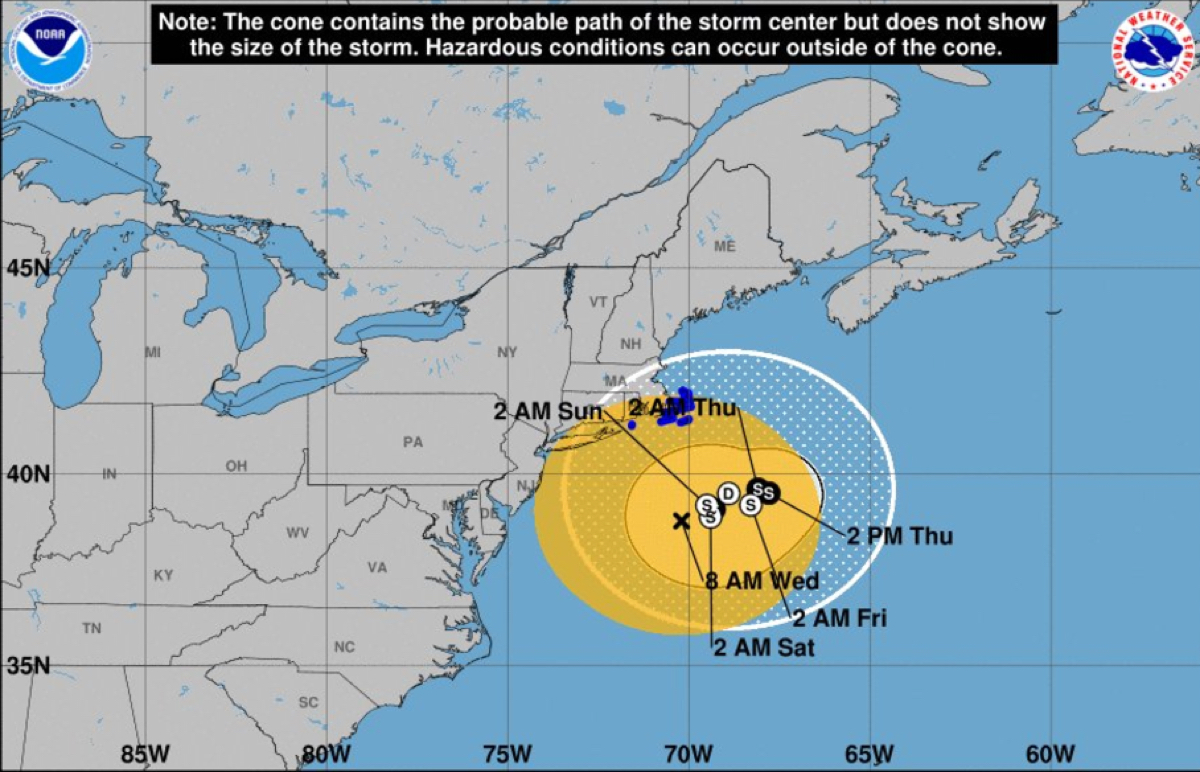 Hurricane Jose has brought grey skies and some scattered showers to Boston, as well as some gusting wind, but that’s about it.

The outer reaches of the storm, which is now twirling offshore to our southeast, will stick around for at least another day, but won’t unleash much more than a half inch or so of rain, according to Bill Simpson, meteorologist with the National Weather Service in Taunton. “Minimal impacts” are all we should expect, he says, with some potential for gusting winds near 40 miles per hour Wednesday afternoon.

The Cape and Islands, as well as parts of southern New England, are a different story. Winds gusted overnight there above 40 miles per hour and a tropical storm warning remained in effect.

After warnings about possibly very strong wind and rain ramming into the city as Jose moved north, it’s been relatively good news after a summer of windy, rainy disasters further south. Boston will be spared the worst of it after the storm drifted further east than forecasters anticipated. It’s expected to stall out in the Atlantic and dissipate.

Earlier forecasts had called for the first of several days of wind and rain in Boston, with rain totals as high as 3 inches, as early as Monday night or early Tuesday morning. But it didn’t pan out that way. Simpson says he’s glad forecasters warned people about how strong the storm could have been, had Jose headed closer to shore. “You really have to look at the worst case scenario for planning purposes,” he says.

New Englanders have been told to think of Jose as “a Nor’easter that we would receive, without the snow,” as NWS meteorologist Mike Doody put it on Monday. “Breezy northeasterly winds and periods of rainfall.”

The Coast Guard says it is already preparing for the storm and is warning boaters about tempestuous waters. In a statement Monday afternoon it said it was using marine radios to urge boaters to get onshore. “We understand the sea is a livelihood for many people – but this is one of those few times when we urge everyone, commercial and recreational boaters, to stay off the water,” says Captain Richard Schultz, commander of Sector Southeastern New England, in a statement given Monday afternoon. Boat-owners are also being told to take extra care in securing their vessels, as adrift boats in storms can waste valuable Coast Guard resources needed for rescues.

The NWS has also warned gawkers, who are known to flock to the churning ocean during big storms, against standing too close to the surf. “Larger than normal waves can sweep a person into the water from what may seem to be a safe area,” it writes in a post on Twitter that includes an image with someone perched on a rock as waves crash nearby. “Don’t be this guy!”

Be safe! Never view surf from sea walls, jetties, or piers. Large waves can easily sweep you into the water! pic.twitter.com/zbiyeB1ahP

This post will be updated as newer information about the storm becomes available.