In a show of solidarity, donors pitched in. 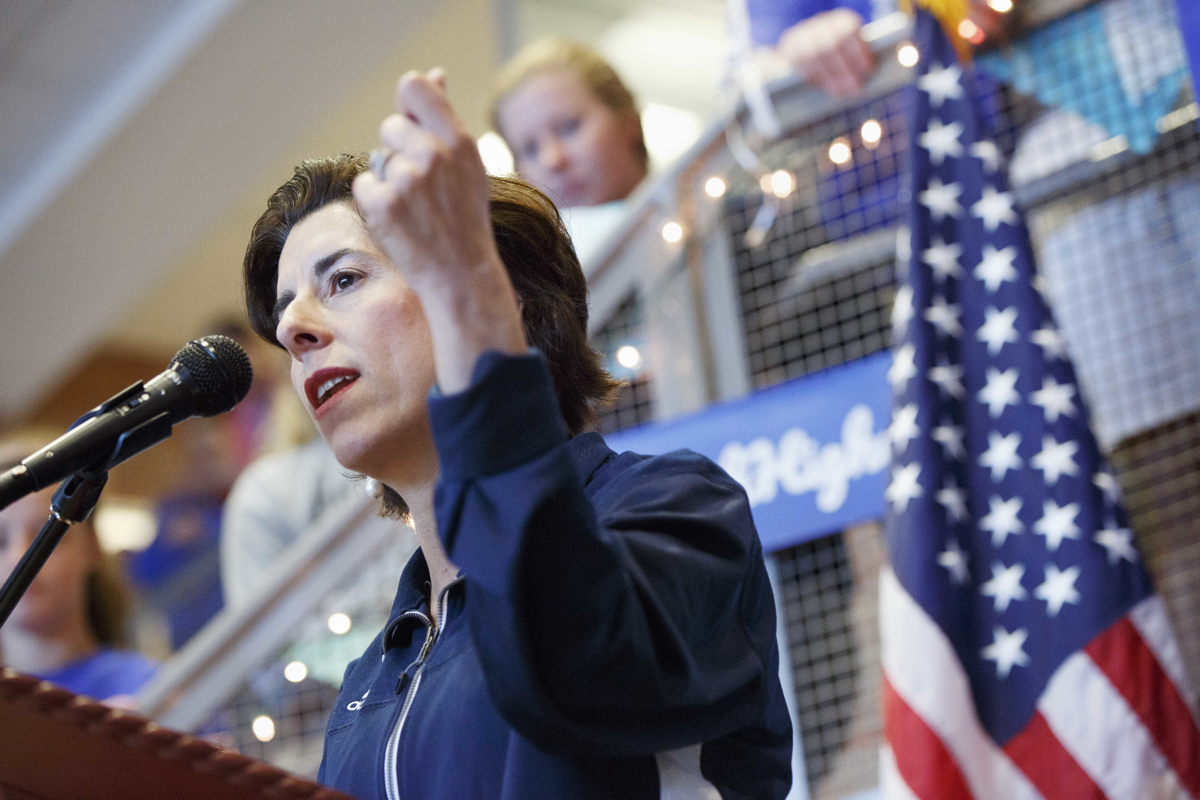 In this Friday, May 5, 2017, photo R.I. Gov. Gina Raimondo speaks during College Signing Day at Cumberland High School, in Cumberland, R.I. The fate of Raimondo’s plan to provide two years of free tuition at state colleges is up in the air Thursday, June 15, as legislative leaders prepare to unveil a new state budget proposal. (AP Photo/Michael Dwyer)

Rhode Island’s hundreds of so-called “dreamers” may be stricken with worry about their immigration status right now, but thanks to donors, some of them have one less thing to fret about: DACA fees.

Gov. Gina Raimondo announced Monday that benefactors in the state have pitched in to pay the required $495 in fees for anyone who plans to renew their protected status before an October deadline. About $170,000 has been raised, Raimondo’s office says.

“A couple of weeks ago, when the Trump administration announced its plan to end the DACA program, we gathered in Central Falls and pledged to do everything in our power to stand up for Rhode Island’s DREAMers,” Raimondo says in a news release. “We’re not going to allow $495 to stand in the way of our neighbors’ dreams. Now is the time to fight for our values and take action against hatred and bigotry.”

DACA, short for Deferred Action for Childhood Arrivals, is an Obama-era program that gives two-year work permits to undocumented immigrants who were brought here as children before 2007. Trump announced this month that his administration will be winding down that program, which protects some 800,000 young people from deportation, and which his team argues is unconstitutional overreach. If Congress doesn’t step in to codify DACA into law, or if Trump doesn’t change his mind, the last round of DACA-eligible applicants will be able to file for renewals by October 5 for permits that expire before March 5.

There are 1,200 DACA recipients in Rhode Island, Raimondo’s office says, about 250 of whom can renew their permits in time to qualify. So Rhode Island’s gift only applies to a fraction of DACA recipients in the state, and it doesn’t do anything about the most pressing problem: namely, thousands of people who followed the rules and entrusted the government with reams of personal information could soon be rounded up and sent far away from their families, jobs, and schools. But it will certainly take some major financial pressure off of dreamers, at a time when the rest of their lives teeters on whatever Washington does next.