Sharks Are No Longer a Boys Club, Say Women in Boston This Week 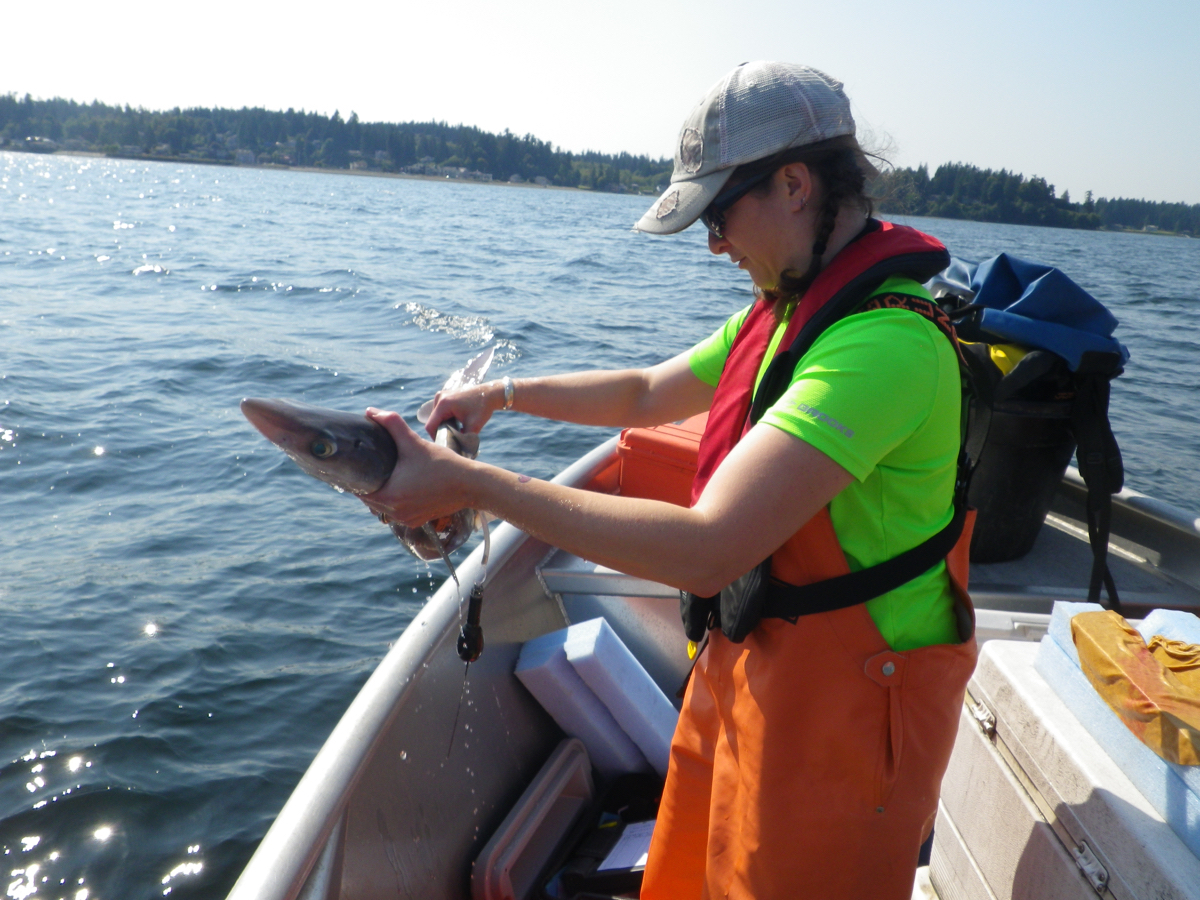 A lot has changed since Alison Kock first started making a name for herself chasing sharks. The South African researcher, who now works for the government in Cape Town protecting ocean preserves, remembers well how her field was once totally dominated by men.

“When I started, I was the only woman on the research ship,” she says. “I was very fortunate to have fantastic male role models and supporters, but not all girls have that.”

While her early years working with sharks were largely positive, Kock says she definitely had a few run-ins with men in her line of work that stick in her mind, like a conspicuous interest in her clothes or physical appearance. Later, she went on to run a research fishing vessel of her own, which she said often hosts research journeys with an all-women crew.

The tide, so to speak, has turned. The environment for women in science, and in shark science specifically, has “100 percent” changed, she says. “Which is fantastic. There are so many more women involved. In fact, it’s at a place where women are really excelling and finding a niche for themselves, and we’ve seen a massive change.”

Kock is among ten female researchers descending on Boston this week, who’ve come from around the country and around the world with a message for the next generation of marine experts: Shark research is not just for men. Today and tomorrow, ten prominent women will gather at the New England Aquarium for a first-ever symposium sponsored by the Atlantic White Shark Conservancy’s Gills Club, which promotes STEM education for girls via shark-based outings and activities.

The two-day meet-up, where the scientists will present their research on shark species and offer words of wisdom on how they excelled, comes as the gap in representation between women and men in science has begun to narrow. A more visible role in shark research has also meant more female voices in scientific pop culture: Women now make up a larger-than-ever chunk of talent featured on Shark Week, the Super Bowl of oceanic info-tainment. Still, studies have shown female scientists are still underrepresented in faculty at American colleges and universities, and tend to receive smaller grants for research. So it’s important, advocates at the Atlantic White Shark Conservancy say, to spur the next generation of scientists into careers in the field.

Megan Winton’s experience was pretty different from Kock’s. The PhD candidate at UMass Dartmouth, who’s among this week’s featured scientists, says she has come up in the shark community at a time when, if anything, women are better represented in her ocean science classes than men. And she’s seen plenty of evidence that girls love sharks just as much as their male classmates do. While working on a landmark shark population study currently underway on Cape Cod, Winton has also been taking groups of Gills Club participants on the water. It’s been inspiring, she says, to see elementary and middle-school aged girls get just as excited about sharks as she does. “It’s hilarious,” she says. “We’ll see a seal and they’ll be like ‘Oh, it’s a shark snack!’ They’re cheering for the shark.”

But Winton says she’s well aware of some of the old school ideas about fishing and marine research that persist among some of the more seasoned sea-farers, and it’s trickled down to kids. “There’s an old fisherman’s myth that it’s bad luck to have girls on a boat,” she says, adding that students occasionally ask her if it’s true. Girls hear that kind of thing in schools, too. “I do hear girls say boys say at school that girls aren’t as good at science.” She hopes the symposium helps put those myths to rest for good.

The message they want to bring to Boston, says Kock, is not only that women can get involved, but that they should. “We all bring different perspectives to our sciences and we all think differently,” she says. “The more diverse people are involved, whether it’s in the form of different genders, different races, different cultures, we’re all going to grow.” 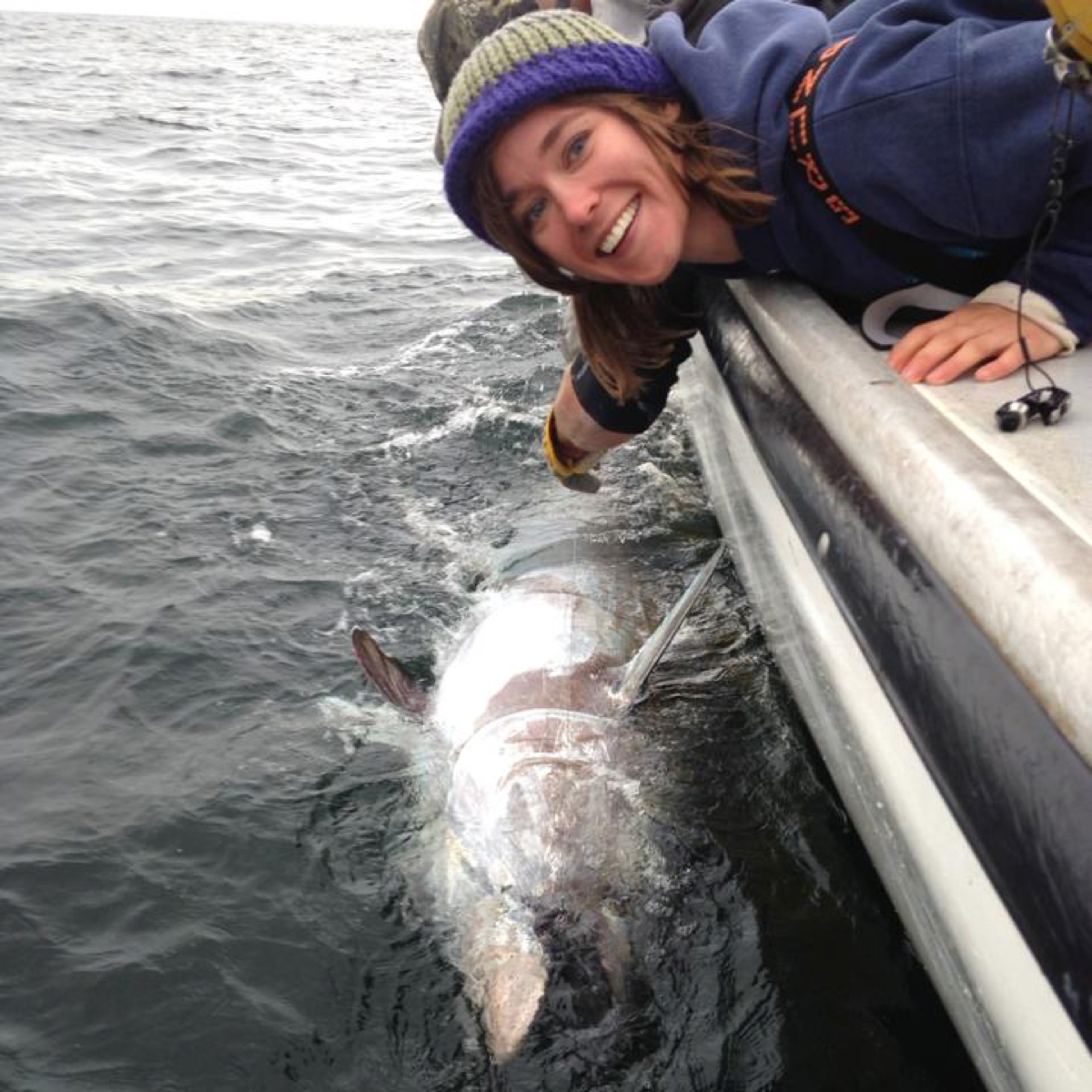