Throwback Thursday: The Duryea Motor Wagon Is Born in Springfield

It was the first American automobile to be reproduced and sold. 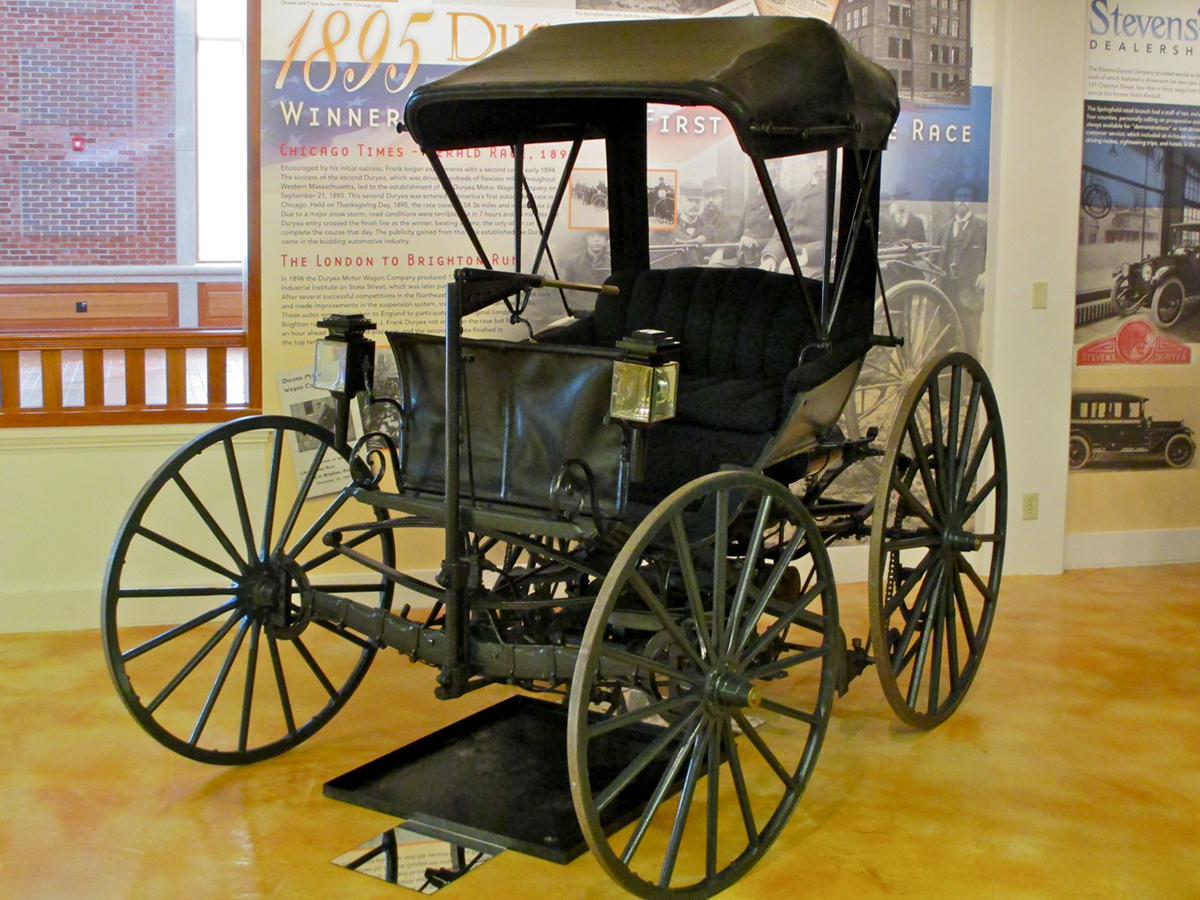 When most of us think of the first automobile, we think of Henry Ford, the assembly line, the Model T, and all that capitalistic jazz. In reality, the first car was invented decades before—inventors began tinkering with the possibility of motorized road vehicles way back in the 1860s. The very first American automobile to hit the road and reach the market, however, was created by the Duryea brothers in Springfield, Massachusetts.

Frank Duryea was born a farm boy in 1869 in Washburn, Illinois, though he’d grow up to become an inventor and a mechanic. At the age of 24, he and his older brother, Charles, created the Duryea Motor Wagon, one of the first gas-powered motor vehicles in the United States. While the two argued for the rest of their lives about who truly designed and built the vehicle, history gives Frank the credit for being the first to drive it.

On September 22, 1893, Frank Duryea took the first Duryea Motor Wagon for a spin in Springfield, where the two brothers worked and lived. The car made it a straight 600 yards before the transmission blew on a turn. Frank fixed the issue and drove another half-mile that same day.

Two years later, Frank garnered fame after driving the winning car across the finish line of the Chicago Times-Herald race during a snowstorm on Thanksgiving Day of 1895. The country’s first automobile race—a roughly 50-mile loop from Chicago to Evanston, Illinois—took the Duryea Motor Wagon just over 10 hours to complete.

The brothers went on to manufacture and sell 13 identical Duryea Motor Wagons, becoming the first to sell multiple automobiles of a single design. However, the Duryea Motor Wagon Company failed and in 1901 Frank helped start the Stevens-Duryea Company, another car manufacturing business based in Chicopee Falls, Massachusetts. After creating a variety of models—including high-end limousines—Frank retired from the business in 1915. He spent his days gardening, traveling, and tinkering in his home in Connecticut until he passed away in 1967.

Ford’s Model T may have filled nearly half of all American garages in the early 1900s, but the car manufacturing spirit began with the Duryeas. It seems it was these two brothers who first gave the auto industry the green light on a road in Springfield.