Why Massachusetts Hasn’t Sent the National Guard to Puerto Rico

Setti Warren called on the governor to do so, but officials say it's not that simple. 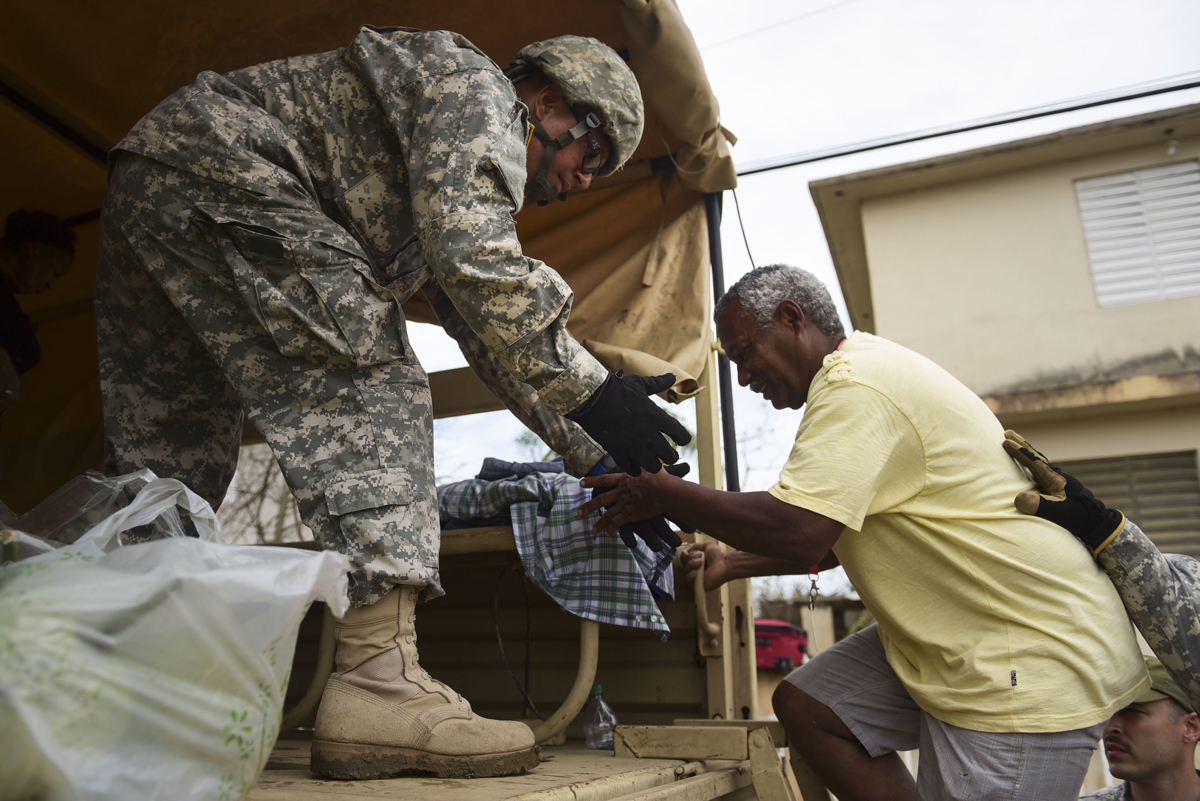 The U.S. territory has seen widespread damage from winds and flooding, and it’s facing an unprecedented power outage that could last months. The situation is so dire that Puerto Rican Gov. Ricardo Rosselló has warned a “humanitarian crisis” could be at hand if help doesn’t come quickly. So Warren says the state should be doing more to help fellow citizens in their time of need.

“I whole heartedly agree with Hillary Clinton’s call to send U.S. Navy resources to help Puerto Rico and I urge Gov. Charlie Baker to deploy the Massachusetts National Guard as soon as possible,” Warren says in a statement released Monday, which also criticized President Trump for “picking fights on Twitter” instead of speaking up about the disaster. “Puerto Rico is America, and no part of our country should feel ignored in a time of crisis this severe.” He continues, “With millions of Americans suffering, we need to ask ourselves if we are doing everything we can to help.”

On Friday, Massachusetts sent 27 members of the state’s Urban Search and Rescue Task Force to Puerto Rico, which Warren has acknowledged. But Kentucky, New York, and Iowa have sent, or will send, National Guard troops to the island territory, so why haven’t we? Massachusetts deployed 30 specialists from the National Guard to Florida to help out with Hurricane Irma relief, so why not send some to Puerto Rico?

The state’s Executive Office of Public Safety and Security says there’s a good reason for that.

“Calling up the MA National Guard to deploy to Puerto Rico isn’t really how it works, nor the best way to efficiently get needed assistance to disaster-struck places,” says Felix Browne, the office’s communication’s director, in an email.

He notes that all U.S. states and territories participate in a program established in 1996 called the Emergency Management Assistance Compact, which gave some structure to how states contribute resources across state lines in disasters. When a crisis strikes, emergency management officials in the impacted area can request the equipment and personnel they need, those requests are logged in EMAC’s centralized system, and then other states step in and contribute resources based on what’s in the system. “In a nutshell,” Browne says,  “MEMA is ready, willing, and able to assist if it is asked and its capabilities match the request.” It would be a break from protocol and not helpful, he says, to “just send assets to locations haphazardly.”

Later Monday, Gov. Baker himself weighed in on the question of sending troops to the troubled archipelago. “We stand ready, as we have with every disaster that’s happened since we took office, to respond in whatever way the EMAC implies that we should respond,” he says. “Our goal is to make sure we’re doing what the people on the ground there who are managing the disaster say they want us to do, and nobody suggested from there that sending the National Guard from Massachusetts would be helpful.” Instead, Baker says he’s been told what those impacted by the storm need from Massachusetts right now are donations to the Red Cross or other organizations. The Puerto Rican government has set up a website where those who wish to donate can do so.

But Kevin Franck, spokesman for the Setti Warren campaign, says waiting around to be asked for help is not good enough. “Leave it to Charlie Baker to respond to a humanitarian crisis with a bunch of bureaucratic gobbledegook as if millions of Americans who need help are just numbers of a spreadsheet,” Franck says. “It’s pretty simple: Americans in Puerto Rico desperately need help and we have the capability to help them.”