The former New England lineman was upset with members of the Patriots taking a knee during the national anthem. 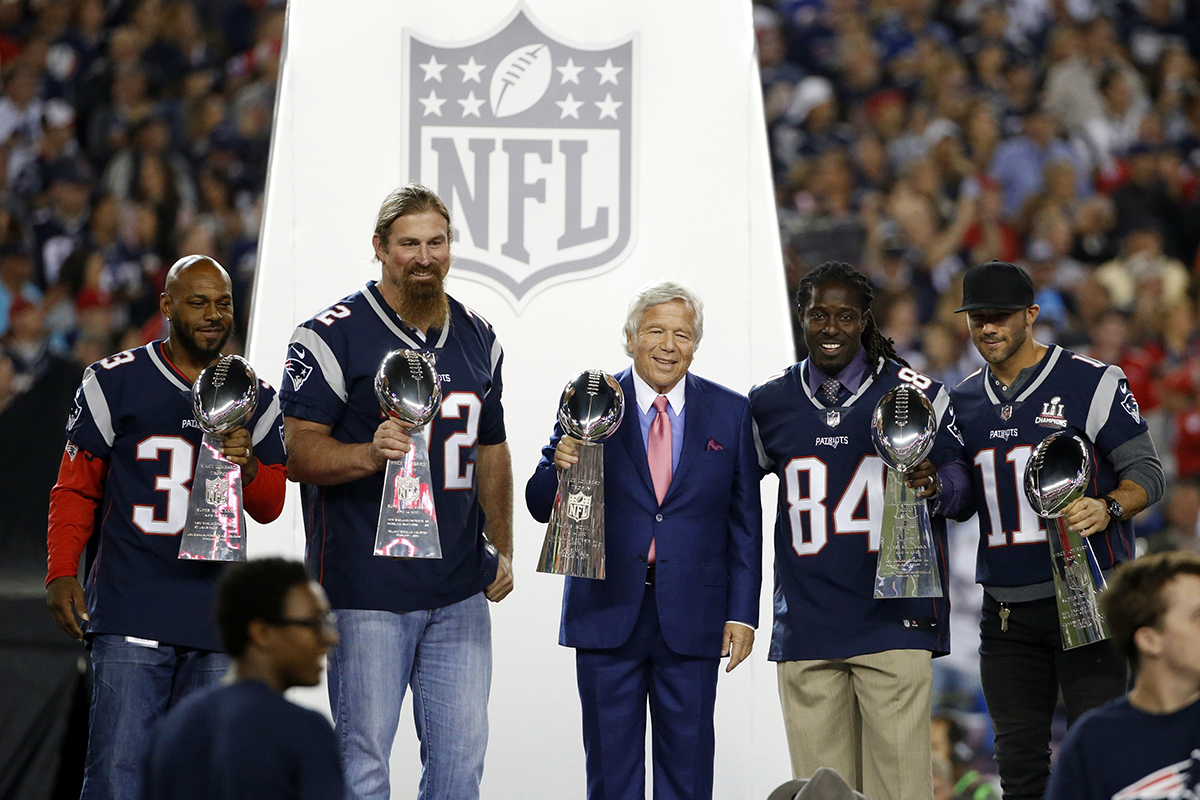 Light, who won three Super Bowls in Foxborough, told the Boston Herald that the players who kneeled during the national anthem at Sunday’s game made him “ashamed” to be a Patriot—a far cry from Brady’s statement of support for his teammates’ decision.

“As a guy that’s been there and helped set up the Patriot Way so they can walk in there and do what they do, it’s beyond disheartening,” Light said. “It’s the first time I’ve ever been ashamed to be a Patriot. And I promise you, I’m not the only one.”

Light’s comments came in response to the wave of NFL players, more than a dozen of them Patriots, who chose to kneel during the anthem on fields across the country yesterday. The protests came on the heels of several opinionated tweets from President Donald Trump about professional athletes, and are a continuation of former 49ers quarterback Colin Kaepernick’s efforts to shine a light on police brutality in the United States, as well as a statement in defense of his right to peacefully protest before games.

But Light wasn’t finished quite yet.

Later in the morning, in an interview with 98.5 The Sports Hub’s Toucher & Rich, he elaborated on the role he believes professional athletes can play in advancing broader causes and explained that it’s not so much what the players are advocating for, as how they are doing that advocating: “As a guy that spent 11 years in that locker room, I know the power that that platform creates,” Light said. “But shouldn’t there be some consideration as to how you do it? … Isn’t there another way that you could’ve raised awareness of an issue?”

A heavy stream of fans took to Twitter to express their disdain for Light’s statement, flipping the narrative against the former crowd favorite who spent the entirety of his career in New England.

But it wasn’t just fans who were upset with the comments. Among those who rebuffed Light’s claim was Damien Woody, another former Patriots lineman. Woody, a member of the Patriots’ 2002 and 2004 Super Bowl-winning squads, was skeptical that the protests were unfathomable when Light was in the league, and shared his own feelings on the matter.

Child please! I would like to see u tell another grown man what he could or couldn’t do! U can disagree but you had no authority over anyone