Uxbridge Police: Help Us Find The “Low Life” Who Threw Puppies in a River

The puppies are expected to survive after a "heinous act." 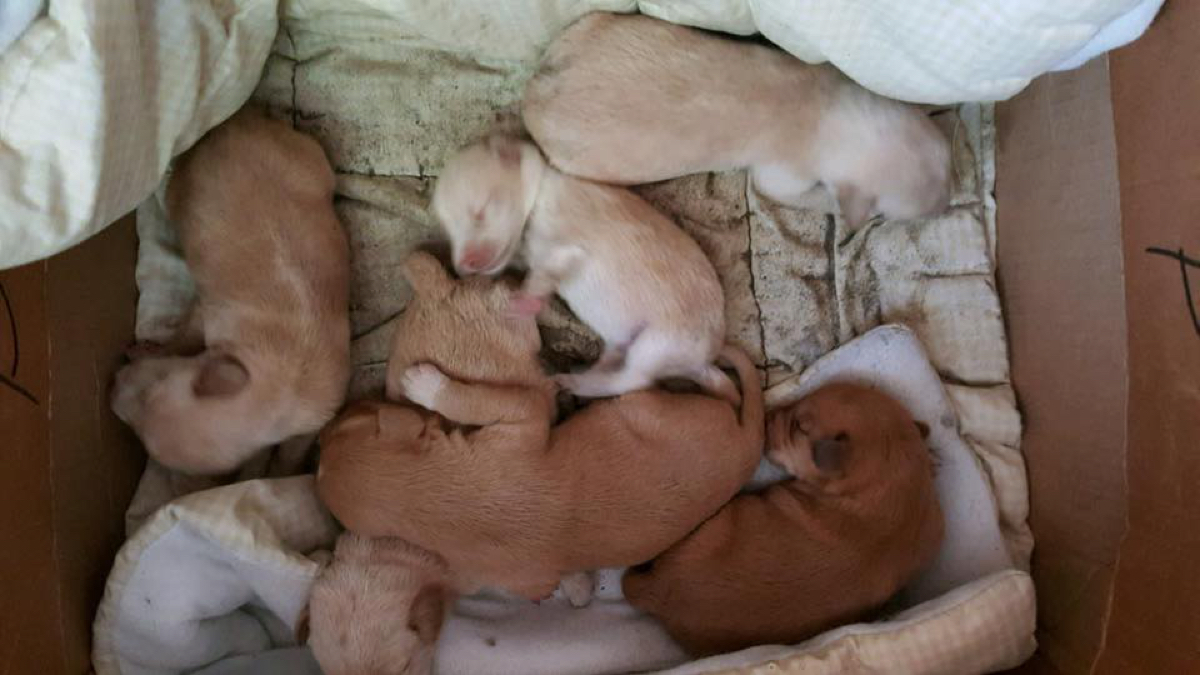 Photo via the Uxbridge Police Department.

Update: As Uxbridge police continue an investigation that involves reviewing security footage and seeking contact with a biker who may have been a witness, People for the Ethical Treatment of Animals, or PETA, now says it is offering a $5,000 reward to anyone with “information leading to the arrest and conviction of the person or persons responsible” for dumping the bag of six puppies in the Blackstone River on September 21.

“It takes a disturbing lack of empathy to pack six newborn puppies into a bag and drop them in a river to drown,” PETA Vice President Colleen O’Brien says in a statement. “Whoever did this is dangerous, and PETA urges anyone with information about this case to come forward immediately so that the perpetrator can be stopped from hurting anyone else.”

Earlier: What kind of a person throws a bag of puppies into a river? A “low life,” according to the Uxbridge Police Department. And now they want your help in tracking him, or her, down.

Police in the town south of Worcester say a kayaker yesterday discovered six puppies that had allegedly been “tied up in a grain bag and left for dead after being dumped in the river.” The dogs are expected to survive and “are all doing well, considering the circumstances,” police write in a Facebook post that has been shared widely, adding that they are in the care of a professional and will likely soon be up for adoption.

In the meantime, though, they need your help in finding the person responsible. “If you have any information that could lead us to the low life that could commit such a heinous act,” the Facebook post reads, witnesses can contact Officer Benjamin Smoot, whose email address is bsmoot@uxbridge-ma.gov. Or, the main line for Uxbridge PD is (508) 278-7755.

By the way, if you ever find yourself in a situation where you have a dog, or several dogs, you can’t care for, there are many place in Massachusetts you can turn to for help. Here are a few:

Don’t be a low life.