The Celtics legend appeared to take a knee while wearing his Presidential Medal of Freedom. 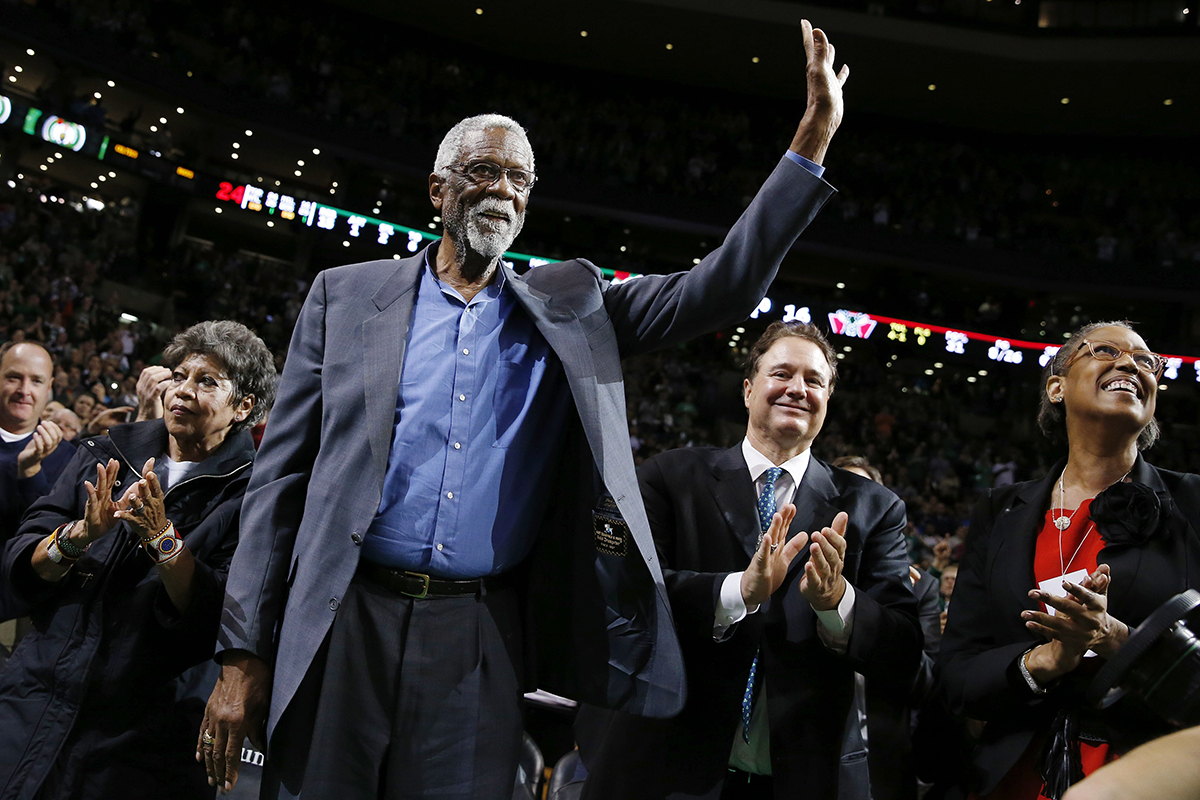 Bill Russell is taking a stand by taking a knee.

On Monday evening, an unverified Twitter account posted a photo of the Celtics legend kneeling while wearing his Presidential Medal of Freedom. Accompanied by the caption, “Proud to take a knee, and to stand tall against social injustice,” the gesture is an apparent repudiation of President Donald Trump’s criticism of professional athletes.

Russell joins the cadre of NFL players who chose to kneel during the national anthem this week as a show of support for former 49ers quarterback Colin Kaepernick’s call-to-action against police brutality last season. Russell also appears to be wearing one of his 11 championship rings in the photo, which was tweeted from an account that has been relatively inactive since its creation earlier this month.

Russell, a five-time MVP largely considered one of the best players to ever step on the court, has been outspoken in the past about the discrimination and racism he experienced as a professional player. He was one of a number of black athletes who supported Muhammad Ali after he refused to join the military, and he witnessed in person Martin Luther King, Jr.’s “I Have a Dream” speech. When Russell received the Presidential Medal of Freedom from President Obama in 2011, he became the first NBA player to earn the nation’s highest civilian honor.

He’s not the only Celtic taking the chance to speak up. At a Celtics media day yesterday, some of the team’s current players voiced similarly unfavorable opinions of Trump’s statements about athletes. According to the Boston Globe, forward Jaylen Brown said, “It’s unconstitutional to do that—to tell them that they don’t have the right to speak on whatever they feel like needs to be spoken on.” Kyrie Irving, the team’s big off-season trade acquisition, also had a few things to say about it, admitting he followed the protests all weekend and saying he thought the athletes had a right to speak up: “Knowing that intent on fighting the inequalities that you have a problem with, I feel like it’s every person’s right to speak up and say what they feel on it.”