President Obama Cried When Dropping Malia Off at Harvard

At a fundraiser for the Beau Biden foundation, the former president shared a story about saying goodbye to his daughter as she began college in Cambridge. 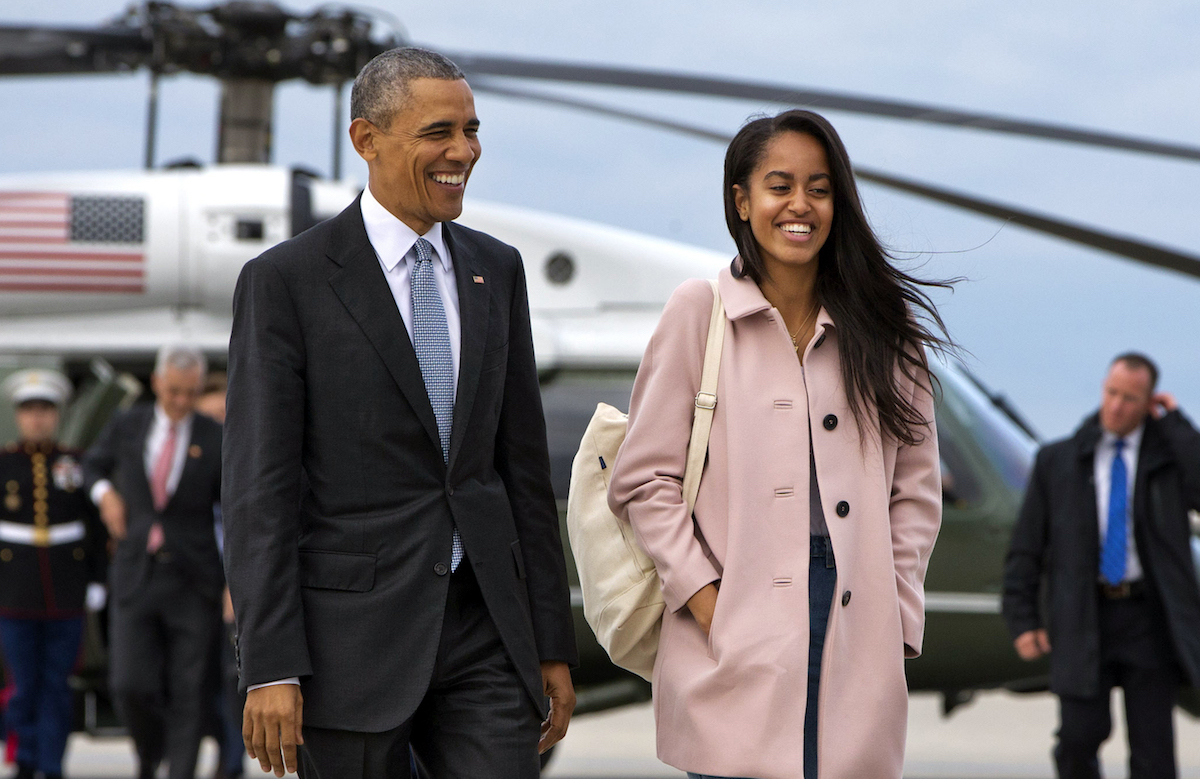 Dropping a child off at college is an emotional experience, even for former presidents.

In a speech on Monday night posted by radio station WDEL, Barack Obama shared what it was like to leave his older daughter, Malia, at Harvard for her first semester of classes in Cambridge.

“For those of us who have daughters, it just happens fast,” Obama told the crowd at a Beau Biden Foundation event. “I dropped off Malia at college, and I was saying to Joe and Jill [Biden] that it was a little bit like open-heart surgery.”

The Obamas were able to delay the waterworks for some time, though, as Malia opted to take a gap year after graduating high school in 2016 and interned with Hollywood producer Harvey Weinstein. Harvard encourages its students to take time off before arriving on campus, and notes on its website that between 80 and 110 students opt to defer enrollment each year.

But the borrowed time didn’t make the sting of saying goodbye easier for Obama.

“I was proud that I did not cry in front of her,” he said. “But on the way back, the Secret Service was off, looking straight ahead, pretending they weren’t hearing me as I sniffled and blew my nose. It was rough.”

The remarks came at a Wilmington, Delaware, reception for the Beau Biden Foundation, which was founded following the 2015 death of the former vice president’s son. Beau Biden served as the attorney general of Delaware, and the foundation works to shield children from abuse. Obama took time during his speech to highlight Beau Biden’s previous philanthropic work.

“It is proper and right that somebody as thoughtful and genuine and strong as Beau made it one of his missions to make sure that every child had protection,” he said. “It is work that needs to spread—not just here in Delaware—but all across the country.”