She declined a donation from the first lady. 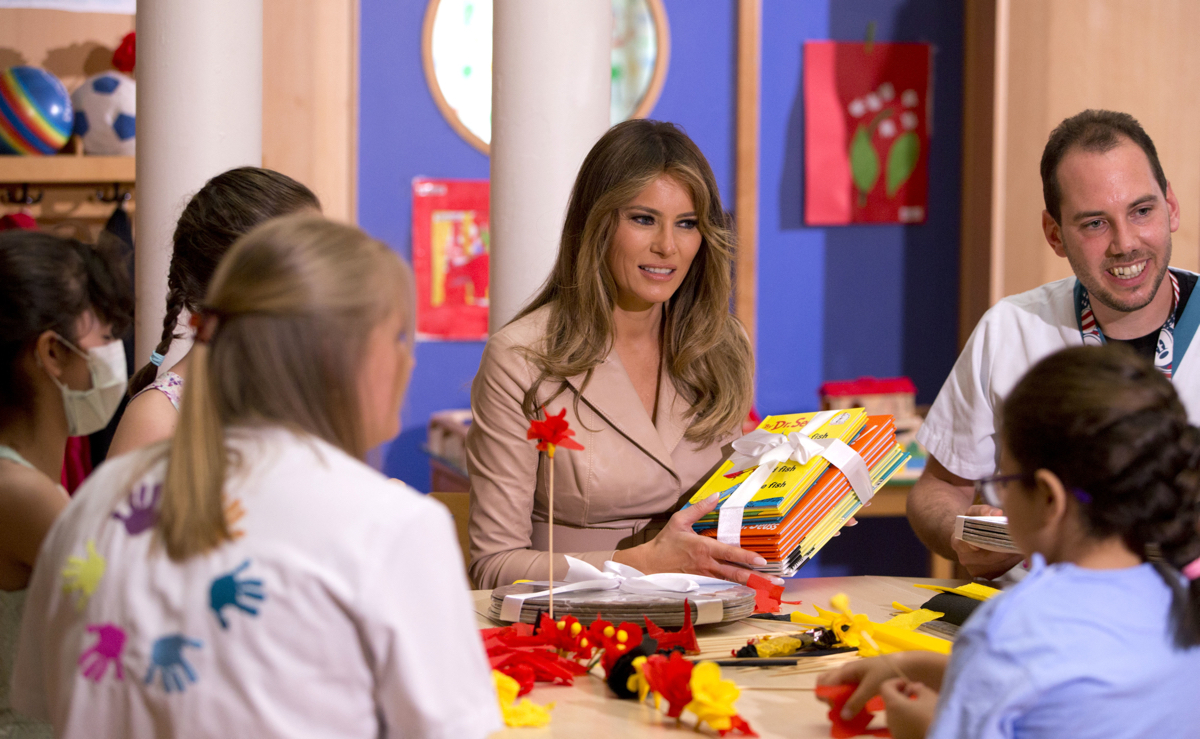 A librarian in Cambridge has some strong words for First Lady Melania Trump, who sent bundles of children’s books to libraries around the country this month: No thanks.

Cambridgeport Elementary School librarian Liz Phipps Soeiro, in a lengthy open letter to the wife of President Donald Trump, said she was thankful for the gesture, and notes that it “must have been expensive” to ship them all that way. The White House notes that, to celebrate National Read a Book Day, it worked “with the Department of Education to identify schools with programs that have achieved high standards of excellence,” then shipped ten copies of works by Dr. Seuss to one school in each of the 50 states.

But all thanks aside, Soeiro writes, her school doesn’t want them. “[W]e will not be keeping the titles for our collection,” she wrote.

My response letter & book recs to Mrs. Trump after she donated books to my library. https://t.co/vWEKsqMLHb

For starters, Soeiro says in her open letter, her school’s excellence has a lot to do with the fact that it’s made investments in public education, including in its library. “My students have access to a school library with over nine thousand volumes and a librarian with a graduate degree in library science,” she said. “Multiple studies show that schools with professionally staffed libraries improve student performance.”

Not all schools are as lucky, she notes. “School libraries around the country are being shuttered.” Soeiro also questioned the method Trump used to pick Cambridge for the honor—one that focused on high-performance metrics gleaned from test scores—and suggested she focus more attention on improving underfunded schools, slipping in a dig at the Trump administration’s Secretary of Education, who has limited experience with public education and is an advocate for charter schools. “Why not go out of your way to gift books to underfunded and underprivileged communities that continue to be marginalized and maligned by policies put in place by Secretary of Education Betsy DeVos?”

Soeiro also shared some less-than-positive opinions about Dr. Seuss, whose work she calls “a bit of a cliché,” and “a tired and worn ambassador for children’s literature.” Instead, she recommended a list of ten books which she said better represented the lives of students from diverse backgrounds. “You and your husband have a direct impact on these children’s lives,” she wrote. “Please make time to learn about and value them.”

Cambridge Public Schools has since responded, sending this statement to CBS: “In this instance, the employee was not authorized to accept or reject donated books on behalf of the school or school district. We have counseled the employee on all relevant policies, including the policy against public resources being used for political purposes.”