Boston Commuters Will Be Treated to Thousands of Free Bananas 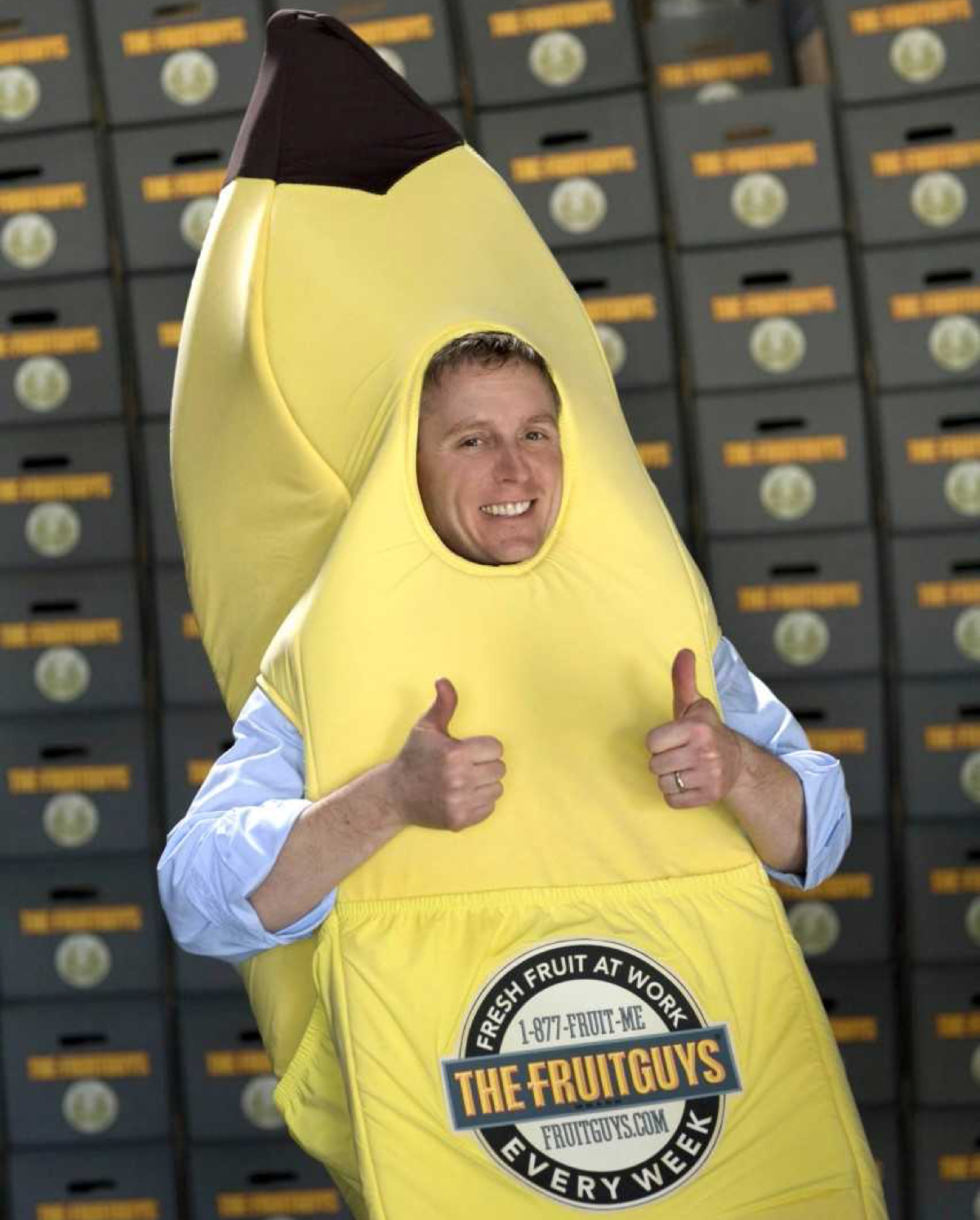 Photo of Chris Mittelstaedt, founder and CEO of founder of The FruitGuys, provided.

Boston commuters will soon be treated to a potassium-rich morning snack on their way to work thanks to a fruit delivery company, which plans to hand out thousands of free bananas next week. With the help of a team of distributors “dressed in head-to-toe banana suits,” of course.

A San Francisco-based fresh fruit delivery service called The FruitGuys has announced it will be dispatching costume-clad “Banana Ambassadors” to five locations in the city on the morning of Tuesday, October 3. As part of an a-peeling marketing strategy it’s calling “Get a Piece, Give a Piece,” the company says it will hand out 5,500 bananas to Bostonians between 6 a.m. and 11 a.m. One is for you, and the other is meant to be given away, according to a news release.

“We pride ourselves on making snacking at the office healthy and fun, while also remaining committed to serving others through weekly fruit donations and annual grants to small farms,” said Chris Mittelstaedt, CEO and founder of The FruitGuys, in a statement. “We’re excited to embrace this dual-mission for National Fruit at Work Day by giving away free fruit to help make people’s workdays more productive, plus encouraging them to give a piece of fruit to someone who can use it.”

Maybe they’re taking their cues from Amazon, whose “banistas” and “bananagers” have so far given out a reported 1.7 million free bananas to commuters in Seattle.

According to the release, you can find them at Copley Square, Boston Common, the Faneuil Hall Hubway station, Downtown Crossing, and South Station. The event be taking place simultaneously in 10 other cities.