The Man Who Found Dzhokhar Tsarnaev Has Died

David Henneberry found Tsarnaev hiding in his boat in Watertown. 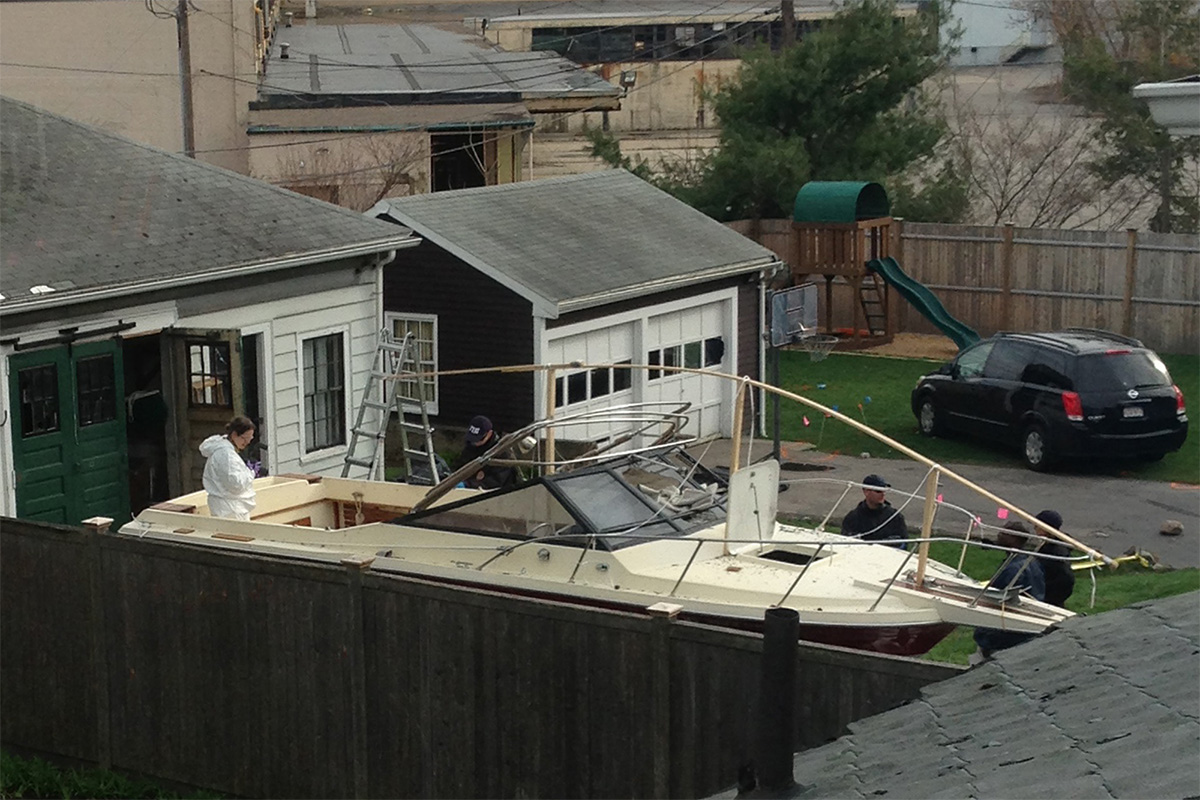 The man who ended a massive manhunt for the Tsarnaev brothers has died, according to the Boston Globe. David Henneberry, of Watertown, spotted Dzhokhar Tsarnaev hiding in the boat he had stored in his backyard on April 19, 2013. He notified authorities, who arrested Tsarnaev after a two hour standoff.

Four days after the Boston Marathon bombings, as investigators sought to track down the brothers, Henneberry happened to notice that some padding that ordinarily was in place to protect the hull of his boat, the Slip Away II, had fallen to the ground. He actually made two trips out to the boat to try and figure out what had happened to the padding, and only looked inside the boat out of an abundance of caution on the second trip.

Once he lifted the cover, he saw Tsarnaev, then 19, curled up in the boat amidst blood splatters. He ran back into the house and called 911. The boat became evidence in the ongoing investigation of the bombings.

He was able to eventually purchase a new boat thanks to donations from those inspired by his heroism, which he named after his wife Elizabeth, who died in 2014. But he resisted efforts to label him a hero in the manhunt efforts, telling CNN, “It makes me feel wonderful that people that are thinking like that, but it is my boat. People lost lives and lost limbs. I’d rather that (the money) go to the One Fund Boston. To buy me a new boat is a wonderful thing, I don’t want that, really. I would wish that they donate it to the One Fund Boston. They lost limbs. I lost a boat.”

Henneberry showed some stoicism about what had happened, saying, “Slip Away is slipping away. But I say it did its job. It held a bad guy and is going away like a viking ship.”

His obituary says he died on September 27, and people are encouraged to donate to the American Lung Association in his honor.