She says it's time to talk about gun violence. 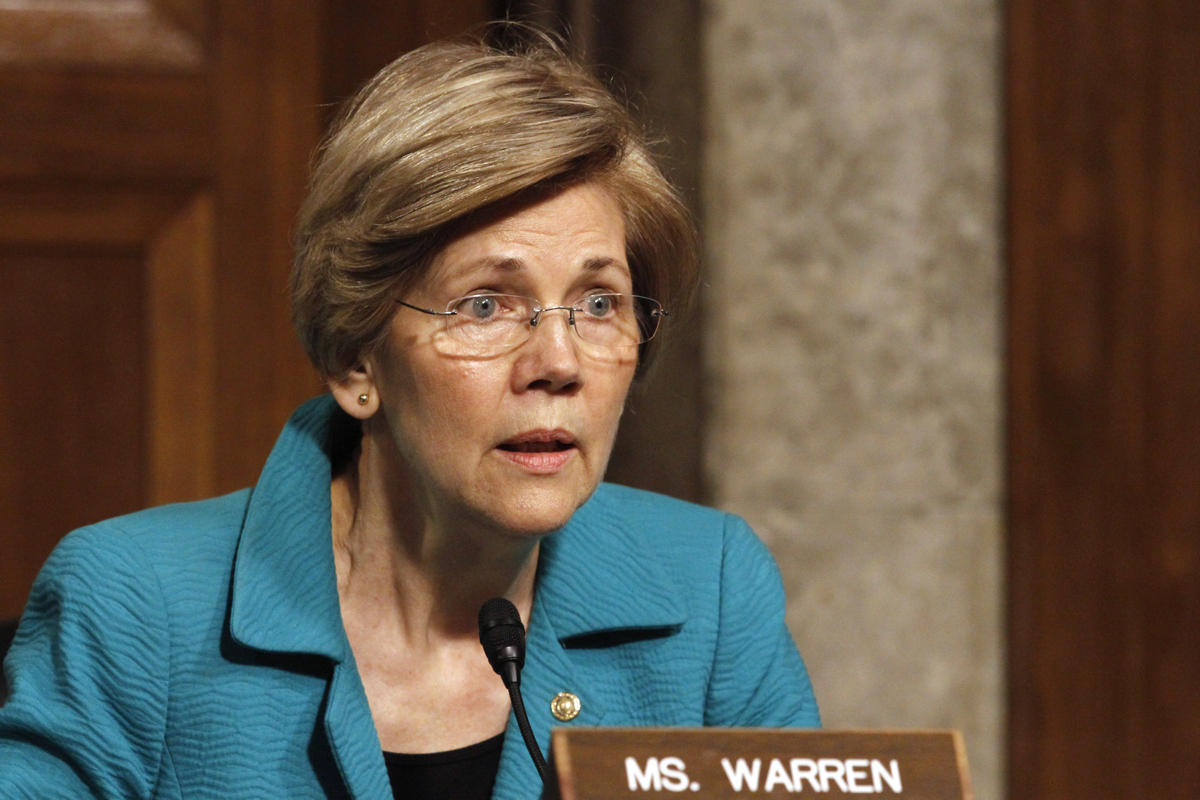 In the wake of the devastating mass shooting in Las Vegas, Massachusetts Sen. Elizabeth Warren leveled criticism at the high-profile politicians who are offering only their condolences, and not solutions. “Thoughts & prayers are NOT enough,” she said as part of a series of tweets Monday morning calling for a “conversation about how to stop gun violence.”

Details about the shooting that claimed at least 50 lives and injured hundreds more during a country music concert at the Nevada destination were still murky Monday. A suspected shooter—64-year-old Stephen Paddock, who lived in the state—has been identified. He has died of an apparent self-inflicted gunshot wound.  It also wasn’t clear what kind of weapons had been used in the attack, but audio of footage captured at the scene appears to include the pop of automatic weapons. Authorities have said there does not appear to be a link between Paddock and terrorist groups.

The boilerplate response from politicians, including in Massachusetts, is to offer condolences to the families of those killed or injured. But Warren and a handful of others are already calling for a response that might include stricter gun control.

“I’m heartsick for the victims of last night’s massacre in Las Vegas & their loved ones,” she wrote in a string of messages. “I’m heartsick for people in Nevada & across the country who woke up to this news & are worried that their family & friends are ok. Thoughts & prayers are NOT enough. Not when more moms & dads will bury kids this week, & more sons & daughters will grow up without parents. Tragedies like Las Vegas have happened too many times. We need to have the conversation about how to stop gun violence. We need it NOW.”

Thoughts & prayers are NOT enough. Not when more moms & dads will bury kids this week, & more sons & daughters will grow up without parents.

Massachusetts Congressman Seth Moulton also called on his colleagues to act, vowing not to participate in a moment of silence in protest.

“Now is not a moment for silence; it’s a time for action,” he wrote.

As after #Orlando, I will NOT be joining my colleagues in a moment of silence on the House Floor that just becomes an excuse for inaction.

Now is not a moment for silence; it’s a time for action.

In Connecticut, Sen. Chris Murphy also had strong words for his peers. “It is positively infuriating that my colleagues in Congress are so afraid of the gun industry that they pretend there aren’t public policy responses to this epidemic. There are, and the thoughts and prayers of politicians are cruelly hollow if they are paired with continued legislative indifference. It’s time for Congress to get off its ass and do something.”

Tragedies like Las Vegas have happened too many times. We need to have the conversation about how to stop gun violence. We need it NOW.

Sen. Ed Markey tweeted calls for closing regulatory loopholes, funding studies and prevention of gun violence in the Centers for Disease Control (he filed a bill to do so in April), and reviving a federal assault weapons ban.

I am praying for the victims & their families of the horrific #LasVegasShootings. We all thank the brave first responders for their efforts.

Other commentary in Massachusetts and elsewhere, at least in the immediate aftermath, was more muted.

Boston Mayor Marty Walsh said “Boston’s thoughts and prayers are with you. ”

Our hearts break for the victims and loved ones of those in Las Vegas. Boston’s thoughts and prayers are with you.

Massachusetts Gov. Charlie Baker wrote that he was “deeply saddened & horrified to learn of this senseless mass shooting.”

MA is praying for the victims, families & 1st responders in #LasVegas. Deeply saddened & horrified to learn of this senseless mass shooting.

Boston Police said in a tweet their “hearts are heavy for the victims in Las Vegas” and sent a message to local law enforcement there: “[B]e safe–you are in our prayers.” The dead reportedly included one off-duty Las Vegas police officer, and there were reports of further law enforcement injuries.

Our hearts are heavy for the victims in Las Vegas. To the @LVMPD & all LE officers working there, be safe–you are in our prayers.