Development will hurt the historic building in Copley Square, the church says. 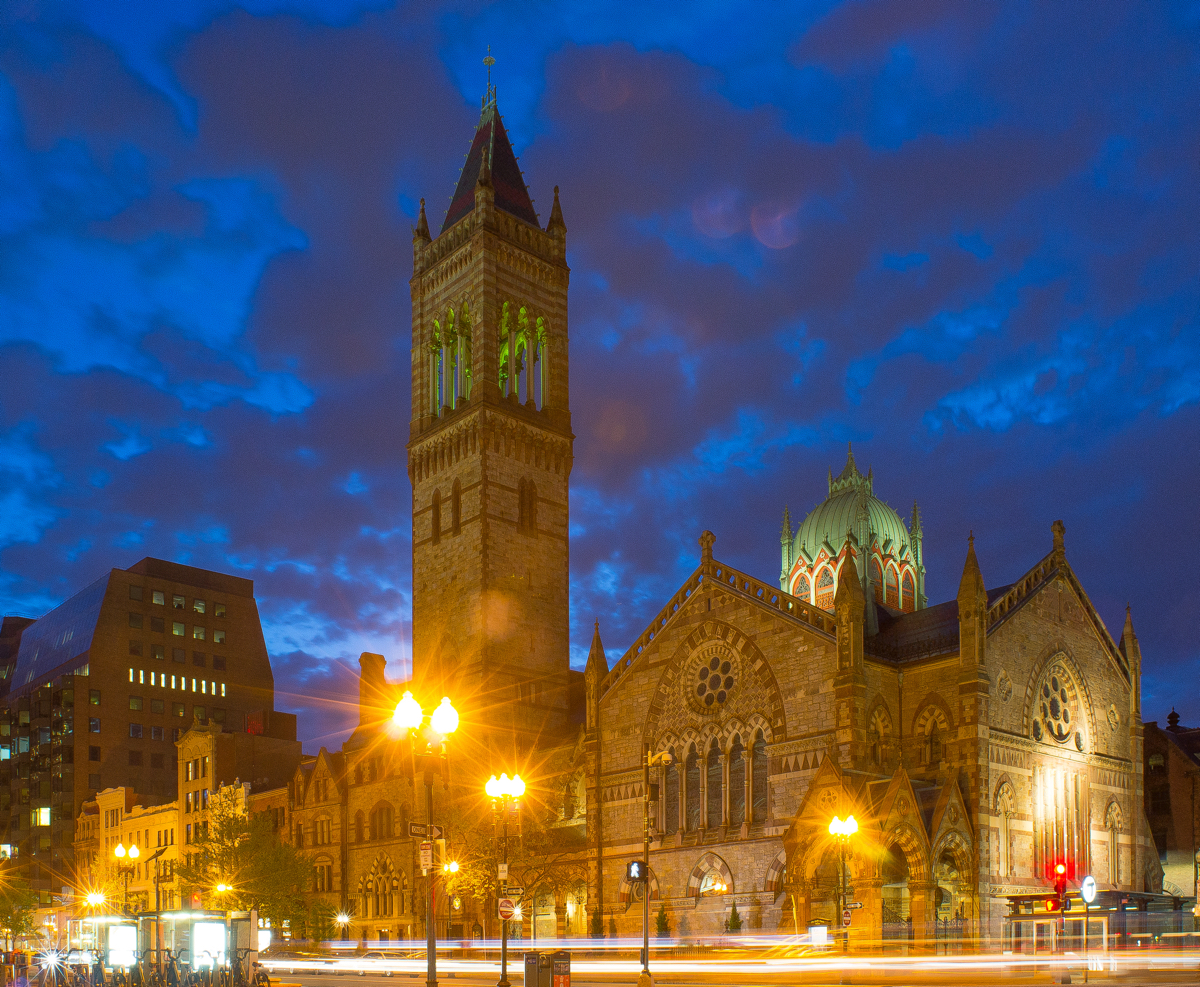 The latest battle over shadows in Boston is being waged in Copley Square, and now the Old South Church says it wants $19 million in exchange for a project atop the dilapidated Back Bay MBTA station that would darken its historic facade and stained glass.

The church’s senior minister, Nancy Taylor, tells the Boston Globe that its request to the developer Boston Properties would help offset the cost of damage the shadows would do to the building—cooler temperatures caused by shadows can lead to moisture, mold, and weeds, the church has said. But, Taylor says, that’s not all the money would go toward. Only $4 million would fund those repairs, and the remaining $15 million would be funneled into an affordable home ownership program. “This is a crying need in our city,” Taylor writes in a letter to Boston Properties, according to the Globe. “Old South Church is prepared to trade what we will lose in aesthetics for $15 million in justice and kindness.”

Boston Properties thinks the amount requested by the church is too high, and says it has conducted a study of impacts on the building and concluded the shadows wouldn’t cause the kind of damage the church says it would.

It’s certain to kick off another debate, amid a building boom, about what Boston should do about mitigating the impacts caused by new buildings’ shadows. Another building project from Millennium Partners to construct a skyscraper in Winthrop Square courted controversy because its height meant it would cast new shadows on Boston Common and the Public Garden. It required a sign-off from the City Council, the Legislature, and the governor in order to be built in defiance of state law, and is now slated to move forward. In exchange, millions of dollars in benefits are bound for Boston public parks and affordable housing.