The Annual Massachusetts State Auction Is About to Kick Off

Items up for grabs include fine jewelry and JFK memorabilia. 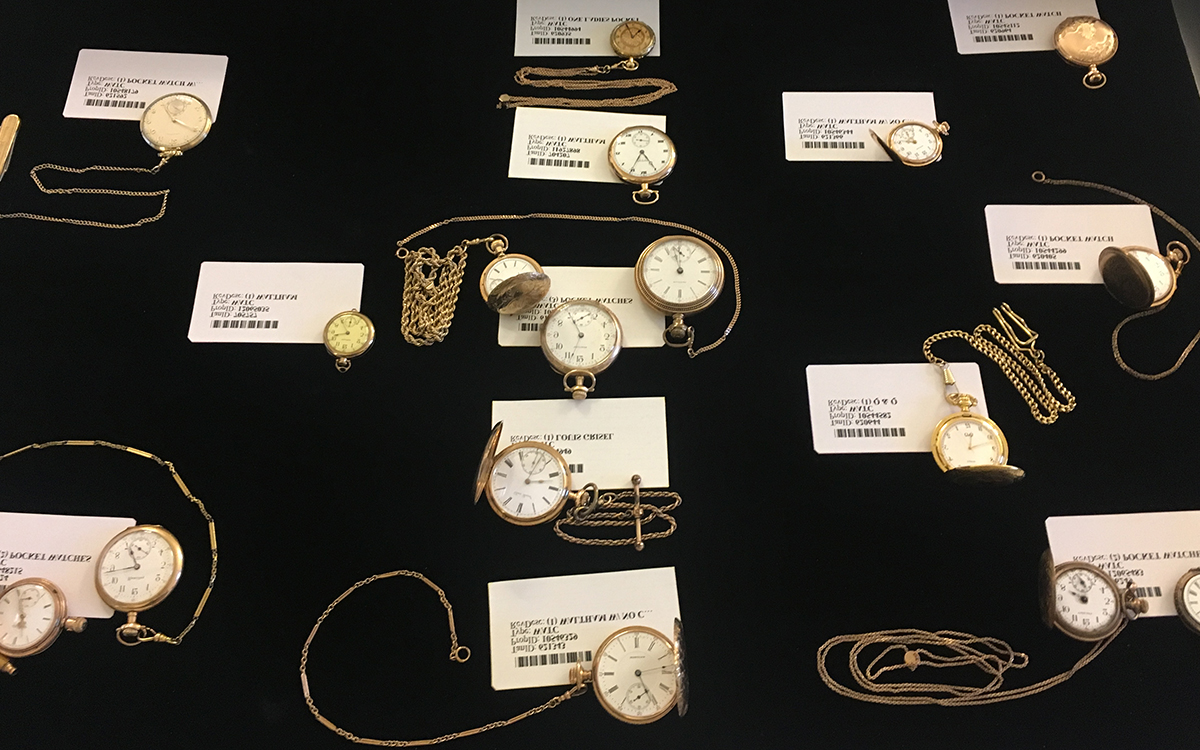 The state treasury is auctioning off a number of pocket watches. Photo by Hayley Glatter

Dreaming of vintage $2 bills? Obsessed with JFK commemorative coins? Champing at the bit for a new pocket watch? Well, the Massachusetts Unclaimed Property Division is here to turn your antique fantasies into reality.

The Treasury Department kicked off its public tour of auction items Monday, which range from bejeweled bracelets and rings to campaign buttons and letters. Bidding officially begins October 7, when the pieces will be posted to eBay, and goes on for the next two months.

Some items that make it to the auction table come from hospitals, jails, and police departments, but the primary source is abandoned safety deposit boxes, Mark Bracken, the assistant treasurer, said. All of the available pieces have been unclaimed for a minimum of nine years, and the state does its best to track owners down before auctioning things off.

In 2005, a 3.5-pound platinum bar fetched $54,000 at auction, the most lucrative item in state history. This year, officials expect a diamond and sapphire bracelet to receive the largest bids and anticipate it will be sold for more than $20,000. 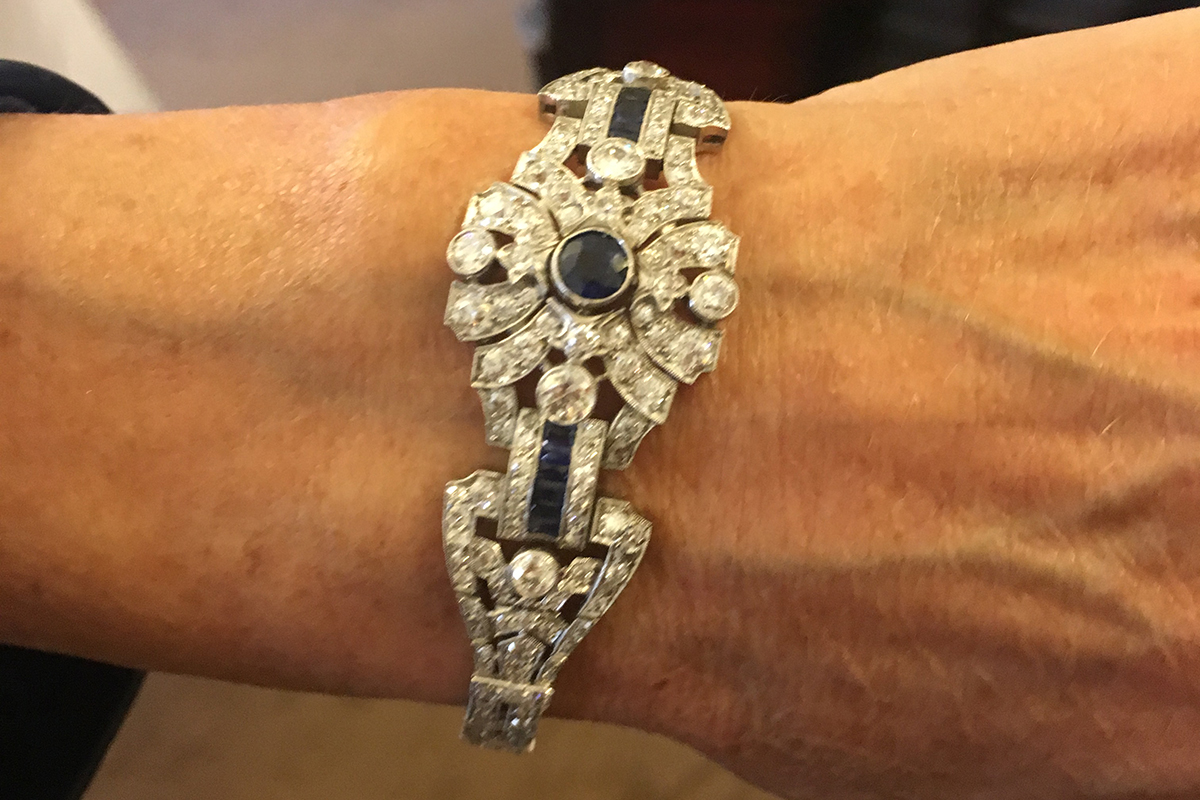 The diamond and sapphire bracelet up for auction. Photo by Hayley Glatter

Also available are multiple pieces of John F. Kennedy memorabilia, including letters signed by the president, campaign buttons, and Kennedy half dollars. Bracken said the state chose to put the collection up for auction to coordinate with JFK’s 100th birthday, which was in May. The treasurer’s office decides what to show based on market trends and what is hot on eBay at the moment.

Since November 2005, the online auctions have raised nearly $2.5 million for the state, according to a press release. Bracken said the money goes toward the Massachusetts general fund and isn’t earmarked for anything in particular. Before the popularization of eBay, the state held a live auction to liquidate its assets. The advent of eBay allowed the items to reach a larger audience, though Bracken estimated between 30 and 40 percent of sales each year are made to Massachusetts residents. The U.S. Treasury estimates around 300 such auctions take place each year.

After leaving Boston, the items will make their way to Cape Cod, New Bedford, Springfield, and Worcester. And if you happen to see something of your own up for grabs, the state will give you the money it makes for the sale of the item.