The site, the former home of Revere's cousin Nathaniel Hichborn, is a bit of a mystery. 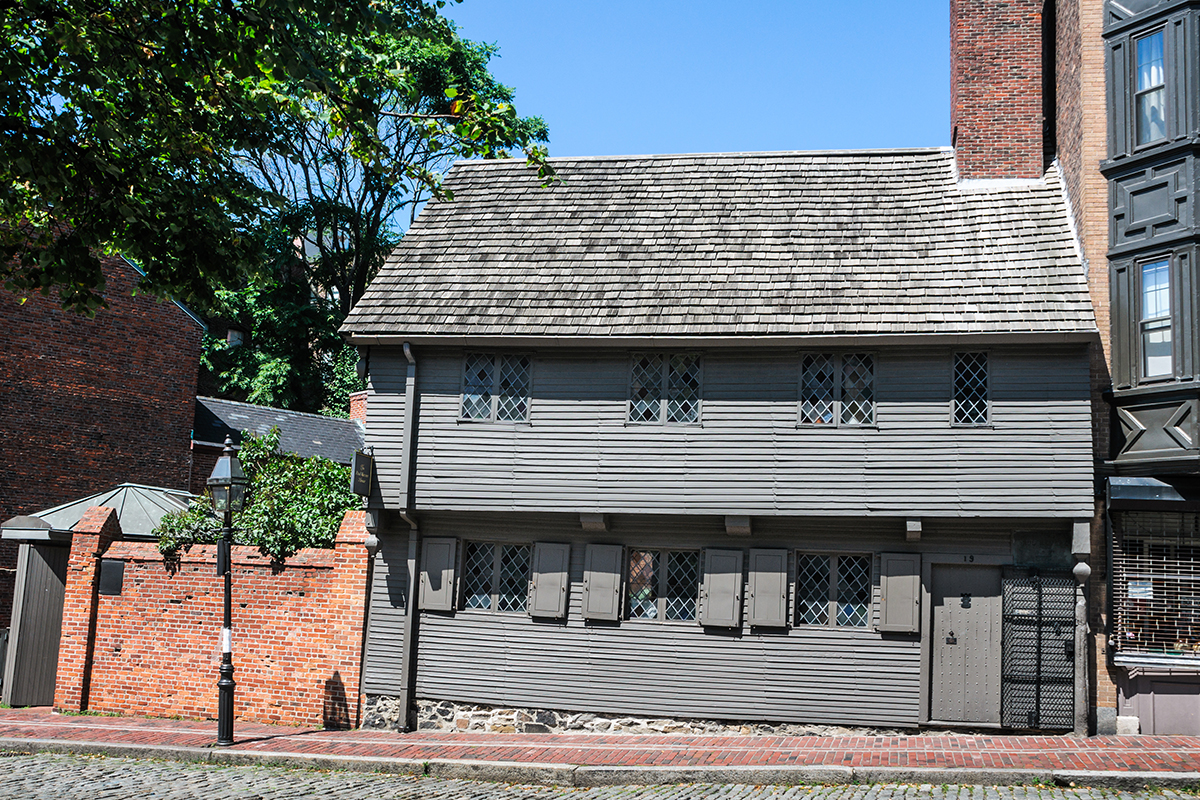 The excavation site is adjacent to the Paul Revere House. Photo via iStock/KenWiedemann

A mysterious outhouse is turning into a bit of a head scratcher for Boston archeologists, and members of the public have become, well, privy, to each twist and turn.

Archaeologists began excavating a 4-by-6-foot site located near the Pierce-Hichborn house, which is adjacent to Paul Revere’s home and was owned by his cousin Nathaniel Hichborn, on September 26. What they’ve found since has been far from predictable and could reveal new information about the history of plumbing, Joe Bagley, the city’s archaeologist, said.

Thus far, the scientists have turned up a basketball-sized piece of Caribbean coral and a ceramic piece of plate or bowl from northern Italy dating to around 1630. The shard, Bagley said, is decorated with a floral design and is one of the oldest pieces of European ceramics ever found in Boston. Outhouses, the trashcans of early American history, are often the treasure chests of dig sites, revealing unedited versions of the people who ate, drank, and went about their daily lives on a property.

“Back in the days before trash pick up started at the end of the 1800s, your choices for what to do with all your garbage were to bury it somewhere in your yard, throw it in the ocean, or just throw it across the yard itself,” Bagley said. “Nobody in their right mind thought an archaeologist would come along … There tend to be secrets in them. It’s raw data.”

And this particular site is providing data points Bagley has never seen before. After he and his colleagues started digging, they hit a concrete slab, roughly 3 feet below the surface. Above the barrier, the scientists uncovered various shards of ceramic plates dating to after the mid-19th century. Bagley hypothesized that various families of Irish immigrants who lived in the house owned the items.

The catch, though, is that Bagley said there’s a law that’s been on the books in Boston since 1650 that mandates outhouses be 6-feet deep—twice the depth of what’s above the concrete piece. Something else must be down there.

Earlier today, Bagley and his team dug around the privy site to see if the bricks continue down deeper into the Earth. Lacking the jackhammers necessary to break through the concrete itself, the archaeologists dug around the outside and revealed a second set of differently sized bricks below, possibly dating all the way back to the 1600s. Such a revelation adds quite the wrinkle to the property’s story.

“Archaeology is writing history using trash,” Bagley said. “Ultimately, we’re trying to tell a new history of the property, and it’s just a very complex history once you get below ground.”

The concrete layer itself is presenting a bit of a conundrum because it features two different drains, which Bagley hasn’t seen before. His working theory is that the site began as an outhouse, and then at some point during the mid-19th century, the people who lived there got access to a flushable toilet. They then gave their outhouse an upgrade by filling it with concrete and building pipes for a toilet.

There are two other excavation sites located on the property that Bagley and his team aim to get to before the end of October, when they’ll pack up their tools until spring. These spots both date back to the 17th century and could be some of the oldest Puritan sites ever found in Boston.

Bagley has been diligently posting updates surrounding the dig to various social media platforms in a deliberate effort to bring the public along for this historic ride. The team has been crowdsourcing theories on a number of the items they’ve found, and Bagley said he wants to make sure that everyone can engage with the process itself. After the dig is complete, the archaeologists will catalog the artifacts and create a publicly viewable online database of items.

“I want it to be an accessible thing that anybody in Boston and beyond can have access to,” Bagley said. “We’re trying to make this a very public, open thing.”

Bagley’s team hasn’t uncovered anything that came from (or out of) Revere just yet, but there may still be more surprises to come.