Massachusetts Is Sending Police Officers to Help in Puerto Rico

The state will deploy a team of 69 to assist with the Hurricane Maria recovery. 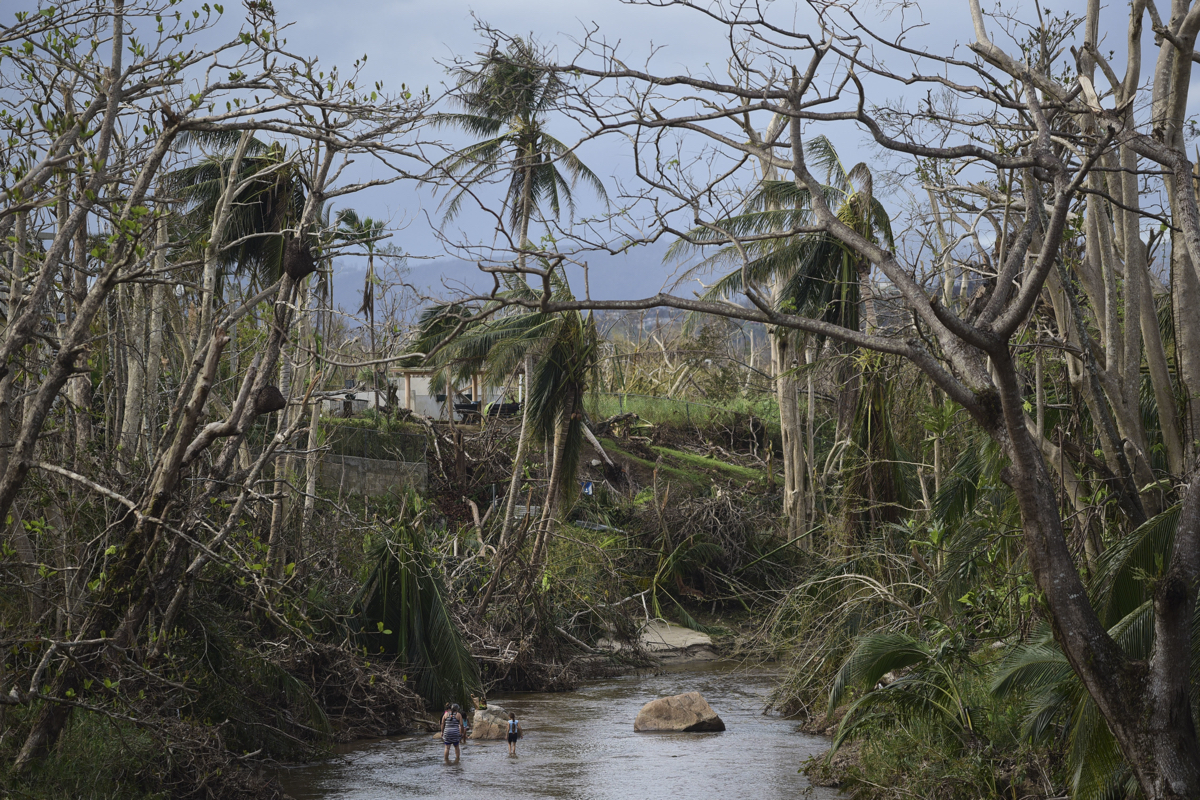 A couple bathes in the Gurabo River in the aftermath of Hurricane Maria in Las Piedras, Puerto Rico, Monday, Oct. 2, 2017. Photo via AP

A team of 69 Massachusetts law-enforcement officers will be deployed to aid recovery efforts in hurricane-battered Puerto Rico, Gov. Charlie Baker’s office has announced.

Personnel from across the state, including eight officers from Boston, will assemble in three two-week waves to assist local police forces. They will carry out security measures on the island and join a Massachusetts National Guard communications unit that mobilized last week. The state is also sending 13 state police cruisers.

“We are proud that a team of law-enforcement officers will deploy to Puerto Rico to help keep residents safe after the recent catastrophic hurricanes,” Gov. Charlie Baker said in a statement. “The Commonwealth continues to offer personnel and equipment resources as needed to Puerto Rico, and is preparing to welcome disaster survivors traveling to Massachusetts. We will keep collaborating at all levels of government to support Puerto Rico throughout this difficult time.”

Gov. Baker initially refrained from deploying military forces to Puerto Rico, heeding the advice of the National Emergency Management Association. The hesitation elicited the ire of gubernatorial challenger Setti Warren, who advocated for a more immediate state presence on the ground. Baker’s office notes that the deployment comes after the state responded to a request from the Emergency Management Assistance Compact (EMAC).

The state’s response to Hurricane Maria has since been comprehensive. In addition to the military and police forces on the island, everyday citizens continue to lend a financial hand. The Massachusetts United for Puerto Rico Fund received nearly $800,000 in donation pledges just two business days after its inception. That money will aid both short- and long-term recovery and resettlement efforts from the storm’s fallout.

Gov. Baker was also in contact with Puerto Rican Gov. Rick Rosselló and committed the state to welcoming storm refugees. Massachusetts is home to the country’s fifth-largest Puerto Rican population.