Good Dogs Rescued from Hurricane Irma Were in Boston Today

They are all up for adoption. It hasn’t been an easy summer for pets from areas impacted by devastating storms this summer. But on Friday afternoon, a handful of rescue dogs from Florida after Hurricane Irma were given star treatment in Boston.

The pups were brought to the John Hancock Plaza to meet Bostonians on their lunch breaks. Organized by Second Chance Animal Services in collaboration with the consulting firm Ernst & Young LLP, the meet-and-greet was an effort to find good homes for pets recovered from shelters and brought to Massachusetts.

“There are always animals in need,” says Lindsay Doray, the shelter’s development manager. She says EY reached out after learning how many pups had been displaced. “They heard about the number of animals that we had taken in from hurricane Irma, so we set this up,” Doray says.

EY partnered with Second Chance Animal Shelter to bring dogs rescued from hurricane Irma to their offices today for an adoption clinic. pic.twitter.com/5bnTJv9kkW

Second Chance, which is based in East Brookfield, took in 70 cats and 29 dogs from Hurricane Irma, and brought in 17 more dogs this week that were airlifted from Puerto Rico after being left behind due to hurricane Marie. Some dogs are waiting to be adopted while others are receiving intensive medical care and surgeries at Second Chance’s Pet Wellness Center.

Doray says Second Chance has regular adoption events throughout the year at pet supply stores and corporations with their mobile unit. “We do regular events to help get the animals adopted and keep them moving,” she says.

Think you might want to take one home? Learn more here.

They aren’t the only ones who need post-hurricane homes. A group of 34 cats from the U.S. Virgin Islands arrived in Massachusetts this week, and will be available for adoption this weekend. 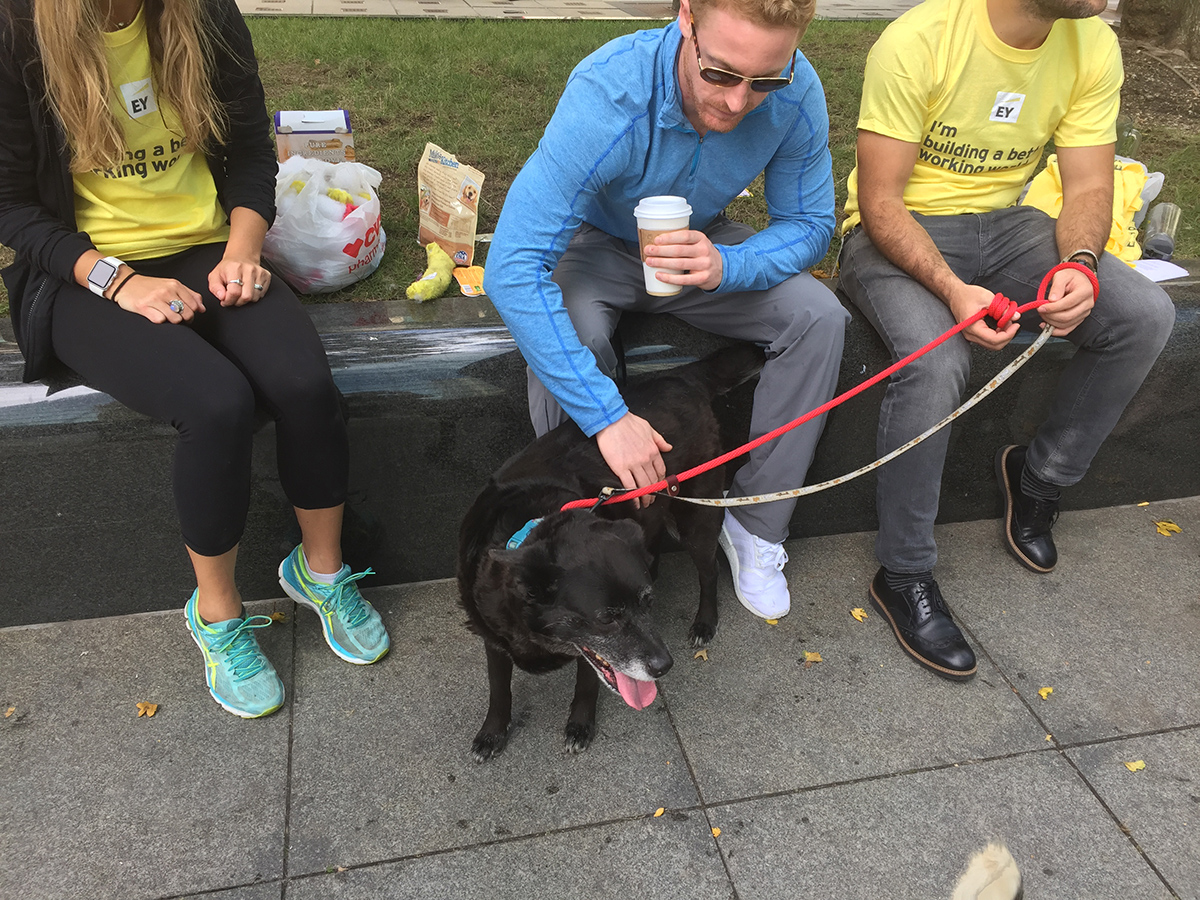 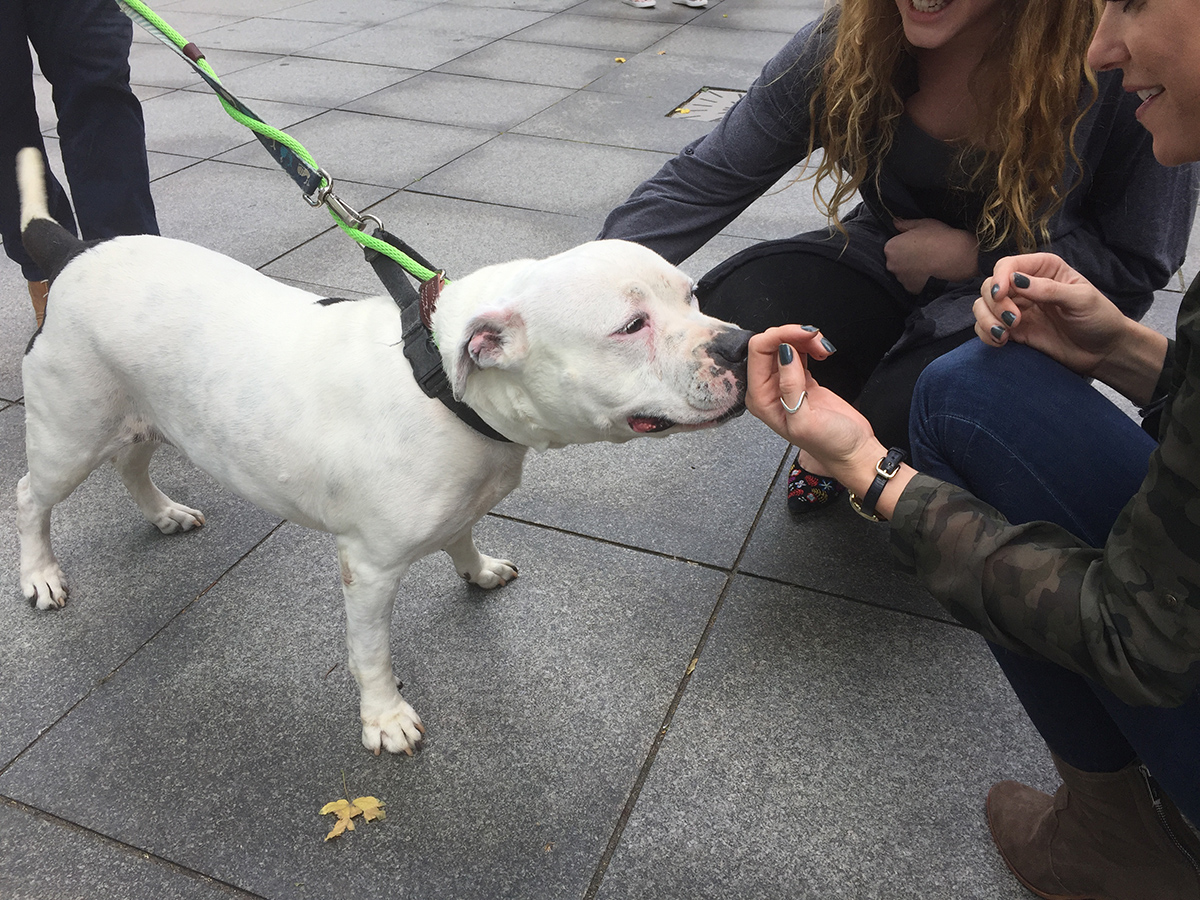