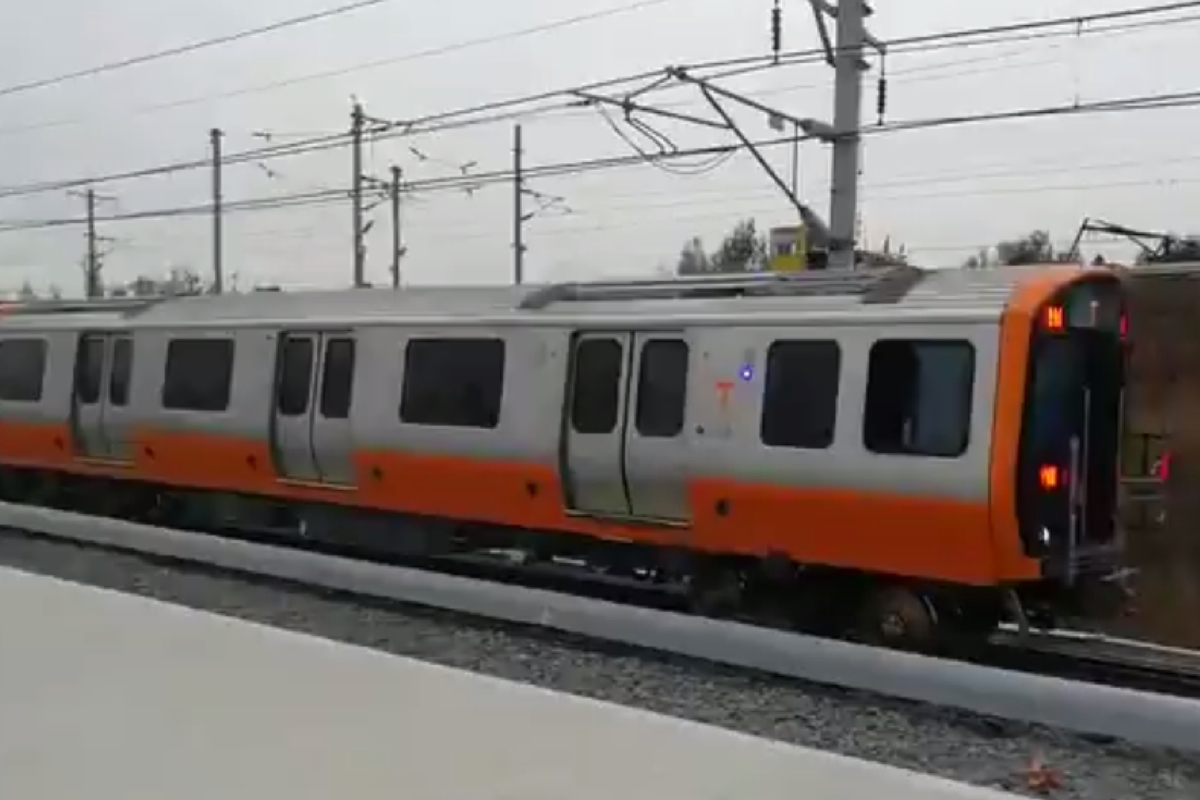 The new Orange Line trains headed for Boston have gone for a test-run in China, and the fresh-looking subway cars seem to be doing just fine.

The MBTA’s spokesman Joe Pesaturo shared a video Tuesday morning of the trains gliding along tracks in Changchun, China, where the manufacturer of the MBTA’s new trains is based. The first six of the new Orange Line trains will be made in China and shipped to Massachusetts, Pesaturo says. A nearly completed facility in Springfield will then churn out 152 Orange Line and 252 Red Line Red Line trains. They are slated to hit the tracks beginning in 2019.

First pair of new #MBTA #OrangeLine cars on the move in Changchun. First 6 cars to be shipped from China. Hundreds more to be made in Mass. pic.twitter.com/3H1WnvCeSg

“The delivery of the pilot cars represents an important milestone in the procurement of an entirely new Orange Line fleet,” says Luis Ramirez, the MBTA’s new general manager. “After the pilot cars arrive, they will be subjected to rigorous testing and inspection procedures.”

Assuming testing goes well in China, officials said earlier this year, the trains will eventually be tested on the tracks in Boston over nights and weekends before the first of the new fleet is put to use for the Boston commute. The new trains will be roomier (enough even for Gov. Charlie Baker, who is 6’6′), equipped with better technology, and feature cosmetic changes that include doing away with fabric on seats in favor of plastic.

A mockup of the long-awaited new train was greeted with a lot of fanfare in Boston, and was even made available for tours on City Hall plaza in April. It has since been displayed at the American Public Transportation Association’s showcase in Atlanta.

CRRC is displaying a completed bodyshell of a metro car it is supplying to MBTA for Boston’s Orange Line #APTAEXPO pic.twitter.com/PRhtxhVxsS