"THANK YOU everyone!" the union says. 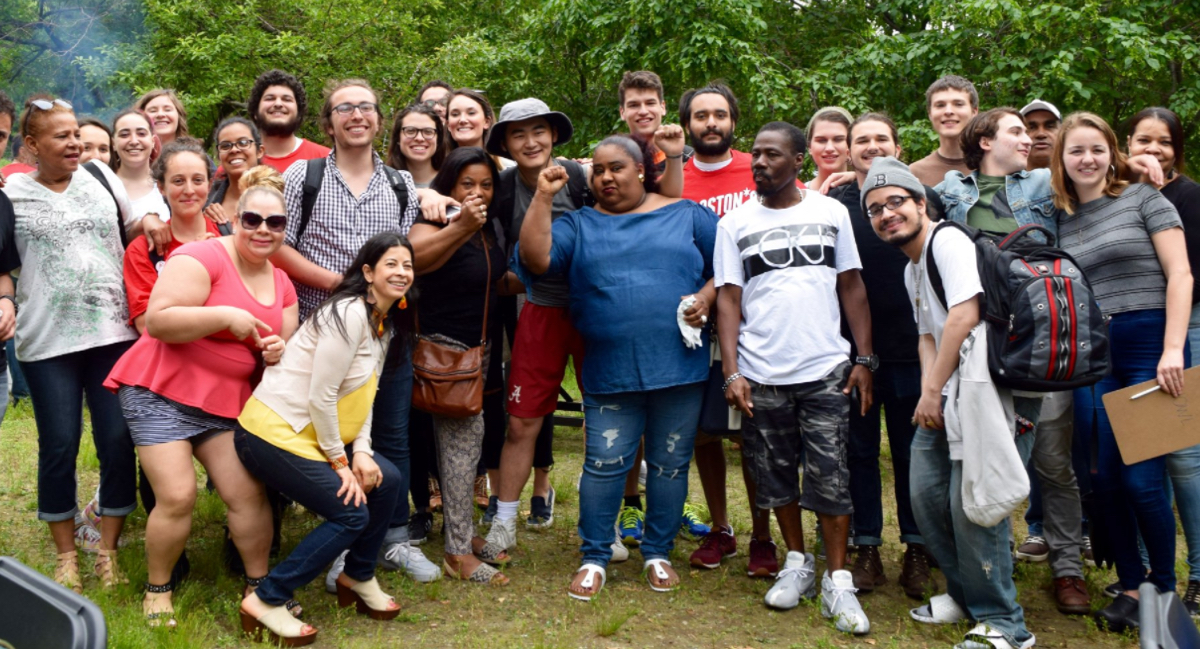 Update, October 10, 2017: It’s official. Dining workers at Northeastern University voted Tuesday to ratify a new contract with Chartwells, the food service company that employs them, averting a strike that had been slated to begin on Wednesday. The contract will gradually increase wages for the workers from an average of $22,000 to $35,000 by 2019, and it will offer an improved health plan, the union say. It also “provides enhanced protections for immigrant workers, strengthened non-discrimination language including the addition of gender identity and expression, and additional sick days,” according to a news release.

Michael Kramer, the union’s lead negotiator,   called the agreement “life-changing for our members and impactful in their communities,” adding that “It raises the standard for campus food service workers across Boston whose value and importance in the university community is often forgotten.”

Northeastern cheered the result in a statement: “We commend the parties involved—the union and our food service vendor, Chartwells—for working over the weekend to reach an amicable agreement for Chartwells employees. We are pleased that members of the Northeastern community, particularly our students, will not experience any disruption in dining hall service.”

Earlier: Dining workers at Northeastern University are celebrating a major victory today after they say they “reached a tentative agreement” and will call off a planned strike.

“THANK YOU everyone!” the workers’ union, Unite Here Local 26, announced on Twitter Monday night, adding the Spanish phrase, “Si se puede,” which translates roughly to, “Yes, we can.”

The union had sought better health coverage and an increase in wages from an average of $22,000 to $35,000 from Chartwells, the food service contractor that employs them. Last week, after unsuccessful negotiations dating back to April, it voted to authorize a strike that was slated to begin Wednesday, October 11 unless an agreement could be reached. Although neither the union nor Chartwells has made details public, it appears that both sides have come to an accord. Unite Here Local 26 says it is withholding details until a vote of its members, but according to spokeswoman Tiffany Ten Eyck, its members “are extremely satisfied with tentative agreement as it meets our core demands.”

Northeastern and Chartwells did not immediately respond to requests for comment on Tuesday.

The workers have said they were inspired by dining staff at Harvard, who went on strike last year seeking a similar wage, and won. They, like the Harvard staff, had juxtaposed their personal financial struggles with the relative wealth of the institutions they support.  “Even though I work full-time at a wealthy university, I’m forced to live in low-income housing and am facing eviction right now,” employee Roxanna Santana said in a recent statement. “My daughter wants to go to college next year like all the students I serve on the Northeastern campus, but I cannot afford to send her, or save for my family’s future.”

An agreement also means that a potential showdown with President Bill Clinton and his daughter Chelsea will not come to pass. There had been questions raised about whether the Clintons, who will be at Northeastern this weekend for a massive annual Clinton Global Initiative summit, would cross a union picket line.

If our members are forced to strike at @Northeastern, we ask @BillClinton & @ChelseaClinton to not cross our picket lines #CGIU2017 #1u pic.twitter.com/pViUdA4cgL