The Somerville Police Officer Injured in a Crash Has Died

Louis Remigio was critically hurt while off-duty in New Hampshire. 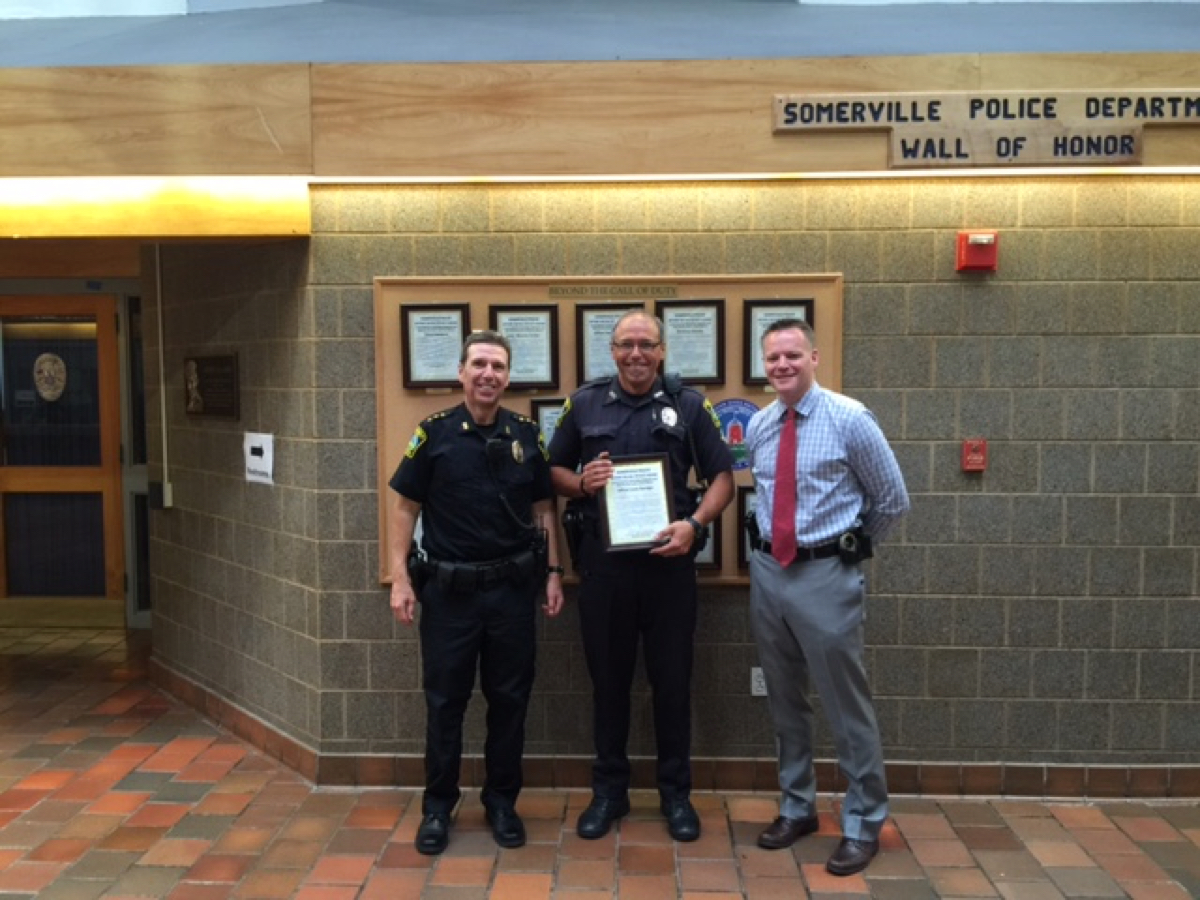 Luis Remigio, center, in 2015. Photo via the Somervile Police Department

Somerville Police Officer Louis Remigio, a 30-year veteran of the force who was injured in a motorcycle crash in New Hampshire, has died.

Remigio, 55, of Tewksbury, had been in critical condition after a collision on I-95 in North Hampton while off-duty in New Hampshire. He succumbed to his injuries Monday night, officials say.

“Officer Remigio was not only one of the most dedicated officers, but he was a well-respected and well-loved member of our city,” Somerville Mayor Joseph Curtatone said in a statement. “Whether responding to an emergency, conducting his daily duties, or assisting with one community event or another, Lou met each person with compassion, with a smile, and he was known for going the extra mile to keep our residents safe. His loss will be immeasurable in the Somerville Police Department, and today we grieve as a community for Officer Remigio, for his family, and for his brothers and sisters in the Somerville Police Department.”

Remigio, who joined the force in 1988, been honored in 2015 for his service with a special commendation for going “above and beyond the call of duty.” The honor cited his work during evacuations and road closures following a “major incident in Davis Square.” The department also noted that he is known for doing “exceptional things” with the department’s Traffic Unit and that he “rides at almost every funeral and special event.” He had received Life Saving Awards, a Meritorious Service Aware, and a Beyond the Call of Duty Award, police say.

“Louie was a first class human being and exactly the kind of police officer you want serving your community; he was tough yet kind, empathetic, and fair. As a Chief, you always want to see that any interactions your officers have with community members are changing people lives for the better, and Officer Remigio embodied that one thousand percent,” Somerville Police Chief David Fallon said in a statement. “Louie was a very important part of this department, and I cannot begin to express what his loss will mean not only to each of us in the Somerville Police Department, but to the Somerville community. My heart and prayers are with his family during this time of unimaginable loss.”

The driver of the car involved in the Sunday morning crash has been identified by police as 18-year-old Michael Ricci, of Burlington, Massachusetts. Police believe he had been racing his Mercedes when he swerved into oncoming traffic and collided with Remigio. Two other people were injured, not critically, in the resulting multi-car pileup. He was held on a $10,000 cash bail and is due to be arraigned October 20.