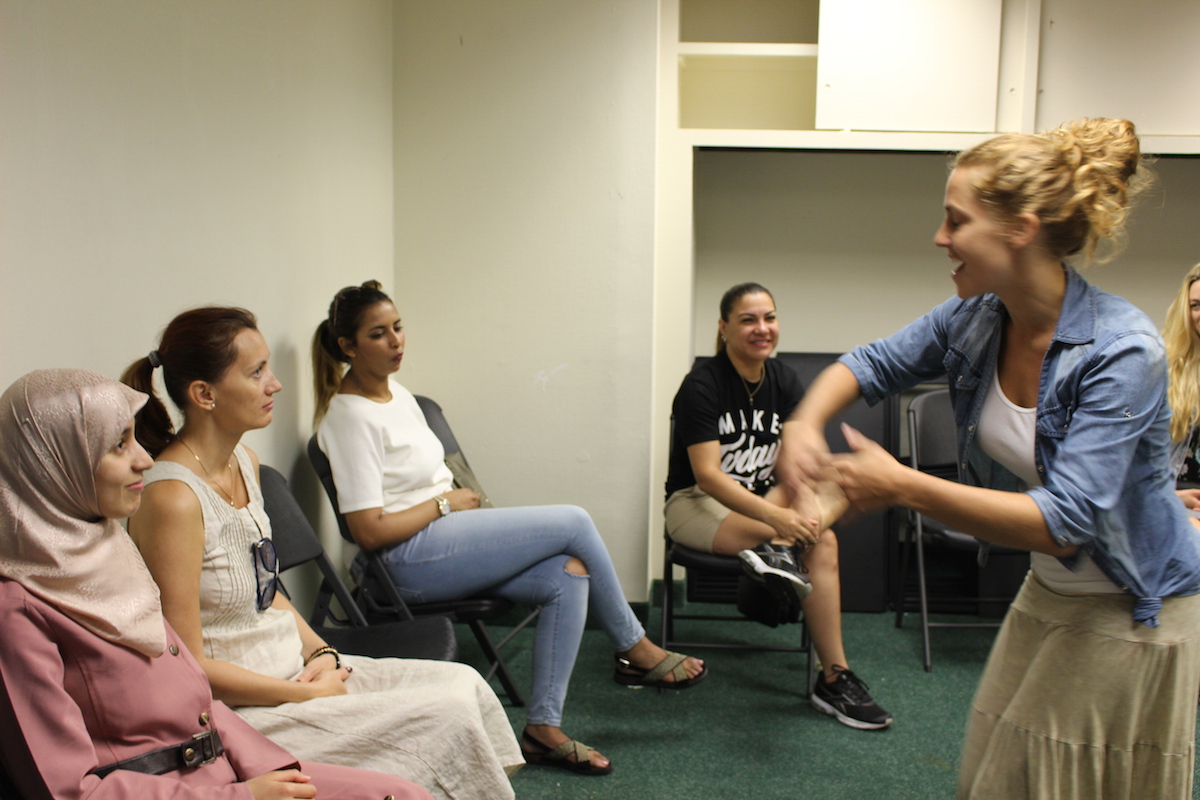 Over the last year, Boston’s immigrant community has been thrown into tumult. President Donald Trump’s most recent executive order, freezing the issuing of visas from eight countries, is his third travel ban this year.

At the Irish International Immigrant Center (IIIC) in Boston, executive director Ronnie Millar can feel the tension. He says his organization has seen about a 20 percent increase in clients in 2017.

“Since the election and since the executive orders, we have noticed a dramatic increase in the number of people coming to our weekly clinics,” Millar says. “Usually, we get about 30 people a week coming to the clinics. Since January, it’s shot up to about 50 people who’ll be lining up outside the door for their time with an attorney.”

That higher number also reflects a wider range of countries the center is helping. It was originally founded in 1989 by a group of Irish immigrants who wanted to help others transition to life in the Boston area. Since then, the organization’s mission has changed. Millar says the IIIC is more international than Irish, serving immigrants from around 120 different countries, and its name shouldn’t deter anyone from seeking services.

The IIIC primarily offers humanitarian legal services: family reunification, green card applications and renewals, and citizenship applications. In 2016, it served more than 3,100 immigrants, and Millar projects it will serve around 4,000 by the end of this year.

The IIIC hasn’t just seen an increase in clients, though. In the last year, the center has added one more attorney and paralegal, as well as 20 pro bono attorneys. Those lawyers provide free consultations in weekly legal clinics.

“Generally, there’s been a dramatic increase in the volume, but also the complexity of the cases,” Millar says. “Because of all the restrictions and new policies and changed policies, our staff attorneys are having to navigate a more complicated landscape.”

Social workers have also provided more free listening sessions to the IIIC’s visitors. One social worker is dedicated to Central American issues, with a focus on helping immigrants and refugees from El Salvador, Guatemala, and Honduras, who Millar says have begun moving north to Boston as they are released from detention centers in the southern U.S.

Millar says spikes in clients from different regions “depend on what’s going on.” This year, the IIIC has helped more than 200 Haitian families reapply for temporary protected status in light of the program’s potential end. Haitians under that status will see it expire on Jan. 22, 2018, unless the Trump administration extends the program.

“When the travel ban was first announced, we had about 570 families that were directly affected by that announcement,” Millar says. “Those are families that we are presently helping or that we have helped in the past, and their cases will now be interrupted by the announcement. Legally, we have to try to figure out: Is there a way to make sure that the families know what their rights are, what the process is? We’re basically journeying with them and staying with them until we get through this.”

The IIIC’s new social workers have been instrumental in that process, holding counseling sessions and offering guidance. Meanwhile, attorneys handle the legal portion—ensuring immigrants know their rights during interactions with Immigration and Customs Enforcement (ICE).

The organization has introduced a couple of other initiatives. An immigration attorney is dedicated to undocumented students, and another works full-time with immigrant survivors of domestic violence. The IIIC also partners with Rosie’s Place, where an attorney offers free consultations every week.

“We’re primarily [focused on] services, but we’re also involved in advocacy around legislation and around community-building and inclusion,” Millar says. “We’re paid particular attention to our monthly storytelling sessions. Every month, we invite people to come in to an evening of storytelling and sharing their stories of immigration. More people are coming to those sessions than ever before, because of helps create community. It creates this sense of welcome, a sense of belonging.”

An immigrant from Ireland, Millar attends the sessions regularly. He says they’re “brilliant”—they give him the chance to hear from other immigrants who have come to the U.S. under very different circumstances, whether they’re fleeing from violence or earthquakes.

“What I’ve noticed, and what I reflect on, is the resilience of families,” Millar says. “People are really afraid. They are really afraid of getting picked up by ICE. There’s an intimidation that’s going on. It’s like fearing a bully. But I do see resilience. I see people like, ‘This is our home. We can’t go back to where we came from. We have to survive this.’ So in spite of the onslaught of daily attacks and demeaning language about people, I just see a resilience.”

Although the IIIC is located downtown at 1 State St., the organization’s weekly clinics are held all across Boston—in a Dorchester church basement and at an Irish pub in Allston, among other venues.